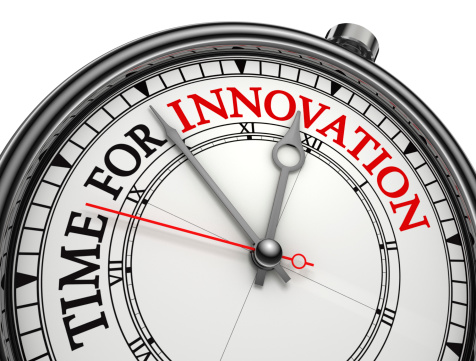 Maurice (Lord) Saatchi’s Medical Innovation Bill has been redrafted after a public consultation organised by the UK Department of Health (DH). As the revised version of the controversial Bill restarts its passage through Parliament, it is unclear whether it will open or close the door to increased use of natural or integrative treatments.

The story so far

PR guru Maurice Saatchi introduced the Medical Innovation Bill as a Private Members’ Bill following the death of his wife, Josephine Hart, from ovarian cancer in 2011. Quickly dubbed the ‘Saatchi Bill’, it’s had a tumultuous time since then: after receiving its initial reading in the House of Lords in December 2012, the UK government initially blocked its progress before relenting and allowing a public consultation. The redrafted text was reintroduced in the House of Lords on 5th June 2014.

The new, shortened, text of the Bill sets out its aims as “to encourage responsible innovation in medical treatment (and accordingly to deter reckless irresponsible innovation)”. The Bill would allow UK doctors – and no other form of healthcare practitioner  – more prescribing freedom when managing all difficult-to-treat or rare conditions. Patient consent would have to be gained, and the circumstances need to be exceptional, before a doctor would be allowed to ‘innovate’ by deviating from standard treatment under the Bill’s provisions. Although the revised Bill has been shortened and the text tightened, the broad thrust appears very similar to the initial draft.

One disappointing omission in the new version is any reference, either direct or indirect, to the consideration of evidence outside that based on randomised, controlled clinical trial (RCT). However, it remains to be seen whether the Bill will enable the increased use of natural, integrative therapies with much fewer or no side effects as we and others had hoped.

In the briefing notes that accompany the Bill’s text, Saatchi’s team describes the public consultation, which ended on 26th April 2014, as an overwhelming success: “The total number of unique responses from the Saatchi Bill team channels was 18,535. Of those 18,502 were in favour of the Bill and only 33 against”. However, never forget that Lord Saatchi is a PR guru. His team acknowledges that a mere 170 responses derived from the official DH consultation channel (including one from ANH-Intl), but neglects to mention that the 18,535 responses from Saatchi channels included nearly 18,000 signatories of the accompanying petition.

What’s more, it looks like Saatchi’s team has put each petition signature on an equal footing with responses from large organisations, such as the General Medical Council (GMC) and the British Medical Association (BMA). Since the BMA’s response concluded that “The BMA strongly believes that the draft Bill should not become law”, and that it was joined in opposition with the GMC and numerous others, this appears more the work of Saatchi the PR guru than Saatchi the medical campaigner.

If nothing else, the public consultation has certainly clarified the arguments on both sides. Those in favour of the Bill believe that it will boost innovation by allowing doctors to deviate from ‘standard care’ as approved by the UK’s National Institute for health and Care Excellence (NICE) without the fear of being sued for negligence. Secretary of State for Health Jeremy Hunt even thinks that the Bill may “cure cancer”, although someone should perhaps tell him that his own Department believes that a cure for cancer already exists. On the other hand, those criticising the Bill believe it to be both unnecessary and, by removing existing patient protections, potentially harmful.

We think that resistance by the BMA, GMC and others to the proposed Bill smacks of little more an attempt to prevent any deviation from business-as-usual for the cancer establishment.

A mechanism for mainstreaming natural therapies in the UK?

Although non-mainstream therapies are not specifically forbidden in the streamlined text of the draft Bill, it presents formidable obstacles to the deployment of natural or integrative therapies. Doctors wishing to innovate will be obliged to consult with numerous other medical professionals on the patient’s multidisciplinary team (MDT). Realistically, and regardless of how open-minded the treating physician may be, the MDT can be expected to be overwhelmingly hostile. As can the doctor’s ‘responsible officer’ who must be informed of his or her intentions.

If any word in the Bill’s text can be singled out as a focus of controversy, it is “consultation”. The anti-Saatchi camp is aghast that the Bill, while obliging doctors to consult with their colleagues before innovating, does not appear to oblige the treating physician to heed their advice. This being the case, it’s certainly possible that a determined physician could use a genuinely innovative, natural, less-harmful treatment on a patient who is otherwise out of options.

On this topic, we will be watching developments in one area with keen interest. On page 14 of the redrafted Bill’s explanatory notes we find the following wording: “Doctors...must register innovative interventions in order to be protected by the Bill”. This provision is absent from the Bill’s text, and Saatchi’s team explains that it will be introduced “as part of the statutory process during the Public Bill Committee Stage in the House of Commons”. We have no idea yet about the meaning of “registration”, the process involved or how it might be overseen, nor of what treatments will be eligible for registration. It will be ironic if a Bill designed to promote innovation is scuppered by a bureaucratic registration process that can do nothing but stifle innovative impulses, as has occurred with European legislation on herbal medicines.

Only time will tell. But for now, the Medical Innovation Bill represents an opportunity to move natural therapies incrementally toward the mainstream – and has our support.