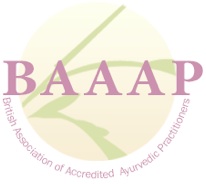 Has 4000-year-old Ayurveda tradition reached maturity in the UK?

British Association of Accredited Ayurvedic Practitioners (BAAAP) bring together diverse interests to create a united front at this year&rsquo;s conference

Last Sunday saw the coming together of the UK Ayurvedic community in ways that were apparently unprecedented. Ayurveda has never quite found a comfortable foothold in the UK. There have been ideologies, approaches and personalities that have previously got in the way of a united front. Such tussles have perhaps compromised probably the longest surviving yet continuously evolving healthcare traditions.

But when Dr Indira Anand, Chair of the British Association of Accredited Ayurvedic Practitioners (BAAAP) invited everyone she felt was significant to the UK effort on behalf of this great tradition, the response was overwhelming.  This culminated in the  Ayurveda Healthcare and Wellbeing Conference in Wembley, north-west London. 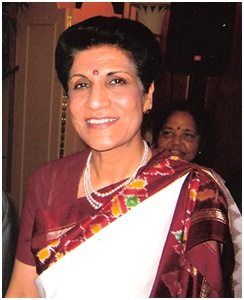 After Dr Anand’s opening, we, the audience, speakers included, were riveted by insights about the Ayurveda tradition and related Vedic wisdom by Sankrit scholar, Revd Dr Stephen Thompson. It's rare that someone of Caucasian origin can have this depth of understanding of an ancient language and Asian tradition, but it was no surprise to me that there are many Indians who have learned from Stephen Thompson.  We were then taken on a whirlwind tour by various leading clinicians, including Dr Prasanna Kerur from the Ayush Wellness Spa in Jersey and Dr Ghanashyam Marda of the Maharashtra University, Pune, India. We then heard from a UK National Health Service consultant, specialising in the treatment of Alzheimer’s disease. His name was Dr Praddep Arya and he is a Member of the British Association of Physicians of Indian Origin. Interestingly Dr Arya made clear his thoughts that there was something wrong with the cover-up facing natural therapies and long-standing traditions. He tried to tackle the thorny issue of how Ayurveda might be better integrated into the mainstream healthcare in the UK. To support his case he cited various peer reviewed publications including one from the British Medical Journal in 2008 that showed that while there was no evidence cough medicine worked, there was some that suggested an Ayurvedic herbal mixture containing Andrographis did.

The elephant in the room

I felt Dr Anand was most insightful inviting three different speakers to discuss the regulatory challenges facing Ayurveda. Each had spent inordinate amounts of time on specific areas of the problem: Michael McIntyre on statutory regulation, Dr Dick Middleton on the EU traditional herbal medicinal products directive, and myself, trying to maintain the right to sell food supplements and prevent their removal from the market, by them being declared unnecessarily by EU or EU Member State authorities, as medicines or novel foods.

In an effort to cut to the chase, my main point to the gathered audience was that history has demonstrated that latching your wagon to any single approach is likely to be a risky strategy. Michael McIntyre would be the first to admit that, after 20 years of lobbying, consultations, enquiries and efforts to turn herbalism into a recognised profession, he’s still not sure how long it might take to yield his vision of a statutorily regulated profession. And the EU herbal directive, that was seen in the early 2000's as a means of securing the future of all manufactured herbal medicines, has failed dismally to provide a safe harbour for products of non-European traditions, such as Ayurveda or traditional Chinese medicine (TCM). Even the European Commission said the directive was inappropriate for traditional systems of medicine in its 2008 experience report.

So, here goes, the following are the key problems and our proposed solutions in summary form.

While I feel it essential that we put this strategy onto the public record via our website, and cognisant of the maximum word limit we try to keep to for our stories, I do want to make one more mention of some crucially important information delivered at Sunday’s conference. It came from Ayurvedic practitioner and researcher, Dr Vijay Murthy who has divided his professional time between India, Australia, New Zealand and the UK. He spoke of the unique work carried out by the Australian Research Centre in Complementary and Integrative Medicine (ARCCIM).

He made a plea to the audience that all the Ayurvedic associations should bury their differences and come together as one and raise funds to conduct a national survey, in collaboration with ARCCIM. Why re-invent the wheel? 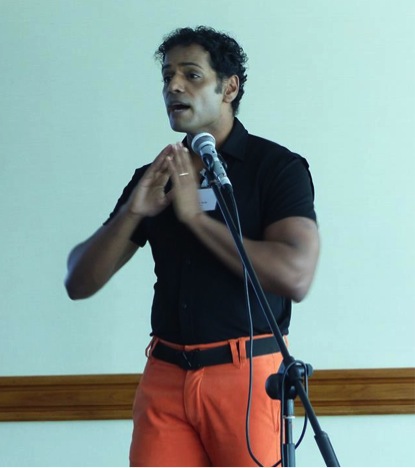 He made the crucial point that with a survey, subsequently published in a major peer-reviewed journal, there would be a solid latch on which to hook the Ayurveda wagon, something that has been sorely missed until now.

This is almost certainly an essential step for the recognition of Ayurveda as a valid system of healthcare, one that perhaps has more value today than ever before given the current epidemic of diet and lifestyle mediated diseases.