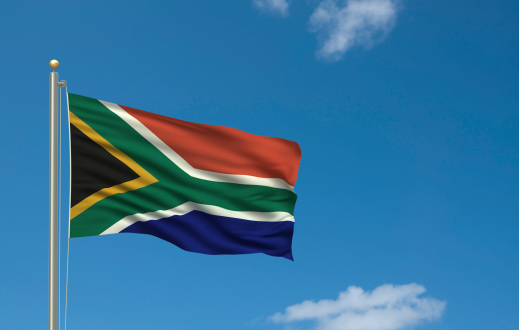 Update on the assault on South African natural healthcare


The legislation, history and major players in the latest round of the global crackdown

The story so far

A few weeks ago, we spoke to Dr Anthony Rees of PHARMAPACT about worrying developments affecting the South African natural health sector. New regulations introduced by the South African government, with no forewarning or prior stakeholder consultation, threaten to sweep up to 80% of natural health products from the country’s shelves. Adhering to the worldwide template used by governments to crack down on natural healthcare, the new regulations closely mirror draconian European Union legislation – yet entirely overlook the riskiest formulations associated with indigenous South African traditional forms of medicine.

Since we spoke to Dr Rees, he and his colleagues have formed the Natural Health Alliance – South Africa (NHA), comprised of experts in the field of science and natural health plus affiliate members, to better address the widespread nature of the threat. And as an opening salvo, editor of Odyssey magazine Chris Erasmus has written an article entitled “CAM Regulations Are ‘JUNK’” intended to act as a primer for the South African public. Mr Erasmus has already been personally affected by the new regulations: thanks to the uncertainty they have created among the country’s natural healthcare sector, many companies are putting off the purchase of advertising space. This ‘regulatory paralysis’ has seen Odyssey lose around 70% of its advertising revenue. “Chris won't be able to sustain this magazine for much longer, despite him having been at the forefront of natural health journalism in South Africa for over two decades” says Dr Rees. “Chris will officially join the NHA team as our Media Manager in the coming weeks, and will coordinate our traditional social media projects.”

To briefly summarise the main points of new information that emerge from Mr Erasmus’ article:

Mr Erasmus’ article further reports “sources” that “have uncovered an agreement between the SA [South African] government and its counterparts in the European Union...as part of a bilateral SA–EU agreement for medicines and trade harmonisation.” Our prime candidate for the wellspring of this agreement is the Africa–EU Partnership. This describes itself as “striv[ing] to bring Africa and Europe closer together through the strengthening of economic cooperation and the promotion of sustainable development”. The “overarching long-term framework for Africa-EU relations” is the Joint Africa–EU Strategy (JAES), originally agreed in 2007 and regularly updated.

Paragraph 47 of the original 2007 JAES document reads: “At the global level, Africa and the EU will seek to promote global economic governance...seeking common ground to address key issues for development, such as...greater access to the markets of all WTO [World Trade Organization] members...as well as the implementation of reforms in view of facilitating trade”. Paragraphs 60 and 61 specifically concern health and speak of “integrated strategies...effective implementation of international health agreements and regulations,” with research into the “clinical effectiveness of traditional medicine” also given a passing nod. Paragraph 40 addresses the importance of “the promotion of an investment and business friendly environment” where “promoting regulatory reform and harmonisation” is a key priority. The 2008–10 JAES Action Plan goes into more detail under the heading ‘Trade and Regional Integration’. Translation from EU bureaucrat-speak: it’s EU–Africa harmonisation time!

The Odyssey article highlights an organisation called Pharmatrain as being critical to implementing the harmonisation agenda. Receiving funding from the European Federation of Pharmaceutical Industries (EFPIA) and the European Commission, Pharmatrain is responsible for developing a Masters course to be run by various South African universities with the aim of producing the regulators of the future.

As the article observes, “If we allow this process of ‘harmonising’ our medicines laws with EU directives, our regulator will essentially cease to be our decision-maker, and will have to bow to amendments and further restrictions against CAMs which will be made in Europe.” We couldn’t agree more. If you, your family or friends are in South Africa or know anyone in the country, please send them this article and urge them to get involved with the Call to Action below!