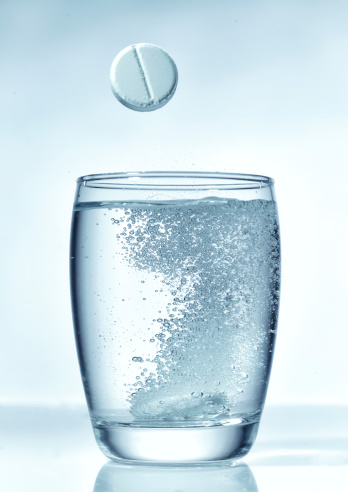 Having been warned in May 2014 that the risk of taking low-dose aspirin to prevent heart attack and stroke outweighed any benefits, we’re suddenly being told in a new publication that it can now prevent cancer. Truth, or the most blatant example of corporate science ever?

FDA changes its mind over aspirin

In May of this year, the US drug regulator, the Food & Drug Administration (FDA), changed its official advice to consumers over the long-term use of low-dose aspirin. From recommending that all at-risk patients should take a daily aspirin to ward off heart attack and stroke, the FDA advice made a complete about-turn: “After carefully examining scientific data from major studies, FDA has concluded that the data do not support the use of aspirin as a preventive medication” in such subjects.

Just 3 months later, and the world’s press were agog at the publication in the Annals of Oncology of a new paper by Cuzick et al on long-term, low-dose aspirin therapy. A representative New York Times blog piece entitled “Aspirin May Cut Cancer Risk” declared that “A large review of available data has confirmed what many experts have long suspected: Taking small amounts of aspirin over long periods of time reduces the risk of colon cancer and certain other cancers.”

Well, not quite. As the UK NHS observes, “It is not clear whether this was a systematic review, where the evidence is rigorously appraised for its quality and risk of bias. The researchers did not carry out a meta-analysis of the results of studies included, but compiled their own estimates.” Data were extracted from recent systematic reviews, unpublished at the time of a previous paper by the same authors, and some large, individual trials. This lack of rigour didn’t prevent the authors from concluding that “a net benefit [exists] for a minimum 5 years of aspirin prophylaxis starting between ages 50 and 65, for both men and women, with larger benefits for 10 years of use”.

It’s well worth noting the conclusions of the NHS analysis of the paper’s findings, especially since it was performed by Bazian, a company not noted for straying from the mainstream party line: “It included studies of varying design and quality, with much of the evidence coming from observational studies...It's not clear how the studies included in the review were chosen and whether others on the same topic were excluded.” None of this inspires much confidence.

But when we take the analysis a simple step further – going to a place few other mainstream media ‘science journalists’ thought to visit – everything begins to look much clearer. This mysterious place is the disclosure statement at the end of the paper. It reveals that the lead author is a member of a Bayer advisory board. Bayer makes aspirin. Another author is a Bayer consultant and receives research funding from...Bayer. He or she is also a stockholder and director of a medical devices company targeting aspirin sensitivity. Still other authors receive various fees from pharmaceutical companies touting aspirin and other antiplatelet agents.

It’s just not cricket – or science

Even by the standards of 21st century corporate science, this is pretty blatant. Avoiding a time-consuming methodology like meta-analysis or systematic review has allowed the Annals of Oncology paper to hit the news within a few months of the FDA’s decision. Result: slavering headlines, no drop in the number of people taking a daily aspirin and no pressure on profits. There may even be scope to replace aspirin with more expensive options in the longer term. Job done!

Although there are good reasons to believe that aspirin could play a role in cancer prevention, adopting an anti-inflammatory diet and lifestyle will have far more profound results, with none of the side effects. Just don’t expect this to be mentioned in the mainstream media, which – until it can come to grips with the fact that medical science is essentially corrupt, learn to read disclosure statements and spot glaring flaws in methodology – cannot be trusted on any matters medical or health-related.