Few nutrients have garnered as much scientific and media attention as folate, including its synthetic, fully oxidised form, folic acid – and with good reason. On the one hand, evidence mounts that intakes of food and reduced (natural) folate need to increase significantly to reduce the risk of numerous serious conditions, including cancer, heart disease and Alzheimer’s disease. Yet, on the other hand, the European Food Safety Authority’s (EFSA’s) latest recommendations remain firmly rooted in the old science of the minimum quantities required to prevent gross deficiency diseases like megaloblastic anaemia. In his consultation response, ANH-Intl’s founder and executive & scientific director, Rob Verkerk PhD, highlights how EFSA’s outdated science, which matches the approach currently being contemplated by the US Food & Drug Administration (FDA), would virtually guarantee artificially low recommended intakes – unless successfully challenged. 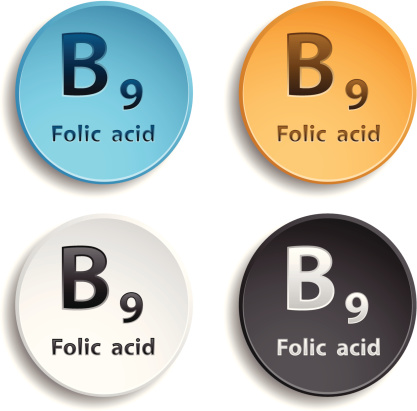 Following the process adopted for other nutrients and substances, including niacin (vitamin B3) and fluoride, EFSA set out to examine the scientific data with a view to recommending ‘dietary reference values’ (DRVs) for folate. EFSA admits in its draft scientific opinion that this task was trickier than it had anticipated: phrases like “data are insufficient to establish DRVs,” “the evidence base...has been somewhat uncertain” and “in the absence of better data” crop up throughout. Nevertheless, this didn’t deter EFSA from recommending an average requirement (AR) of 250 mcg dietary folate equivalents (DFE) per day for adults, and a PRI of 330 mcg DFE/day. As well as adults, EFSA recommended ARs and PRIs for populations including infants aged 7–11 months, children and pregnant and lactating women.

Those ‘dietary folate equivalents’, it turns out, cover a multitude of sins. Food-form folates are known to be less bioavailable than folic acid obtained from a food supplement or fortified food, and the DFE is meant to adjust for this phenomenon. One DFE, therefore, was considered equal to 1 microgram of food folate and 0.6 mcg of folic acid – a ‘1.7x multiplier’ that was based on calculations made by the US Institute of Medicine (IOM) in 1998. Dr Verkerk was scathing on the science behind the multiplier: “There are no studies or data referred to in this section to support the notion that the 1.7 multiplier for DFE based on folic acid intake is scientifically valid. It is unclear what the marker of folate status was in each of the studies used by the IOM in developing the multiplier, and it is now well known that very different results emerge in different studies.”

“Hang on,” you may well be saying, “Doesn’t that invalidate EFSA’s entire approach?” Dr Verkerk certainly thought so: “It is incomprehensible that on such weak evidence, as admitted by the NDA panel in the draft, that the out-dated DFE unit and the proposed multipliers will be used. EFSA is supposed to uphold the highest standards of science, not simply reinforce arbitrary nutritional concepts that are based on very limited data and are now increasingly irrelevant.”

Deficient thinking on deficiency and excess

Things didn’t improve elsewhere. For some reason, EFSA didn’t include any data on some of the most serious consequences of folate deficiency, including neural tube defects such as spina bifida, endothelial dysfunction and cardiovascular disease. One of Dr Verkerk’s 2010 Toxicology papers goes into these data in some detail [1]. In terms of folate excess, Dr Verkerk observed: “The assumption made in this section is that the risk of food folates or supplements containing reduced folates (e.g. calcium methylfolate, glucosamine-5MTHF) is similar, taking into account the DFE conversion factor of 2.0 or 2.1, without or with food, respectively. There are no data to support this.” EFSA also completely overlooked the importance of tissue measurement of polyglutamyl folates as a measurement of folate status.

There is a theme running through EFSA’s scientific opinion on folate, and it can be summed up in one word: insufficiency. In a 60-page document with 20 pages of references, EFSA consistently ignores key data on folate while performing superficial analyses on the data it has gathered. For example, EFSA omits one of the key enzymes and substrates in the folate biochemical pathway, dihydrofolate reductase (DHFR) and dihydrofolate, respectively. High frequencies of DHFR polymorphisms have been observed, pointed out Dr Verkerk, “In the range 5–80% in different sub-populations, the highest frequencies being among those highly susceptible to specific cancers, e.g. leukaemia”.

This and other associations between folate status and health outcomes perhaps represent EFSA’s greatest oversight. As Dr Verkerk observed in his response to EFSA’s consultation, “It is essential to consider not only folate status required to prevent symptoms of deficiency such as megaloblastic anaemia. It is imperative that other functions such as endothelial function, prevention of neurodegeneration (Alzheimer’s disease), as well as reduced cancer and cardiovascular disease risk, are taken into account.” This attitude – that there are no health benefits to folate ingestion beyond preventing deficiency syndromes – pervades EFSA’s thinking. Dr Verkerk criticised the criteria used for setting DRVs as “likely to be inadequate” for this reason, particularly since they overlook importance of methylenetetrahydrofolate reductase (MTHFR) polymorphisms and fail to consider those with multiple polymorphisms.

EFSA reaping what it sows

The game-plan: Nutrients for gross deficiency, ‘drugs’ for disease

Don’t forget, of course, that low DRVs would dovetail nicely with the inadequate maximum permitted levels (MPLs) of vitamins and minerals in food supplements that are the inevitable outcome of EFSA’s policy in that direction. EFSA most definitely has form in sculpting its scientific assessments to suit policy objectives. Unfortunately, EFSA’s backward-looking folate recommendations may actually represent a very good day in the office for Europe’s highest scientific authority – and set the scene perfectly for pharma companies to pop up with higher dose, prescription-only versions of folate and other nutrients in future.

We’ll keep you posted on EFSA’s response to ANH-Intl’s and other consultation responders in due course.