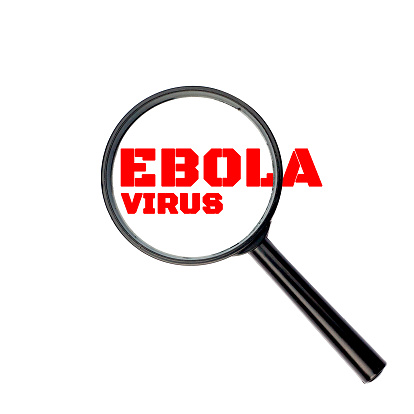 ANH-Intl Feature: Musings on Ebola – a case for immune-modulation therapy

As the current Ebola epidemic sweeps across West Africa, wiping out over 50-90% of people in its path, the Centres for Disease Control (CDC) in the US opens the door to “unproven interventions with as yet unknown efficacy and adverse effects, as potential treatment or prevention”.

The kinds of interventions the CDC has in mind are experimental drugs that have yet to undergo clinical testing for safety or efficacy, or ones that are already available on the market but licensed for other purposes. This latter group are rarely free from a list of serious and sometimes lethal side effects.

Firmly on the table is also a vaccine, being developed jointly by the US National Institutes of Health’s Vaccine Research Center (VRC) and the world’s second largest drug company, GlaxoSmithKline (GSK). The company has committed £300,000 to develop the front-line healthcare worker infrastructure in the three affected West African countries; Sierra Leone, Liberia and Guinea. While this is badly needed, it will also mean that GSK has an army of suitable personnel to despatch its vaccine come its planned release in early 2015. 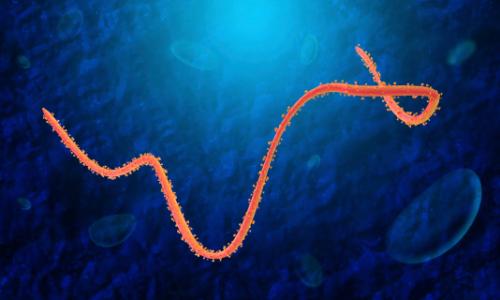 This all sounds like good planning. Actually, it is. But very large questions hang over how well any vaccine might work, what its side effects might be, how many people will be lost prior to its release, and how effective, or otherwise, other interventions will be in the meantime.

Ebolavirus disables the innate immune response, but also the acquired humoral and cellular responses that lead to uncontrolled viral replication and dissemination. This then leads to a hyper-response from the immune system known as 'cytokine storm'. The hijacking of part of the immune system and over-activity of other parts, contributes to the break down of the vascular system, then, commonly, haemorrhaging and death. Having interacted with medics on the frontlines in recent weeks, a picture is beginning to emerge about the differences in immune status and response between those who are most susceptible, as compared with those able to survive. Many of those who die, put simply, have a more compromised immune system before they are even infected. This may be because they are already malnourished or dehydrated, or both. 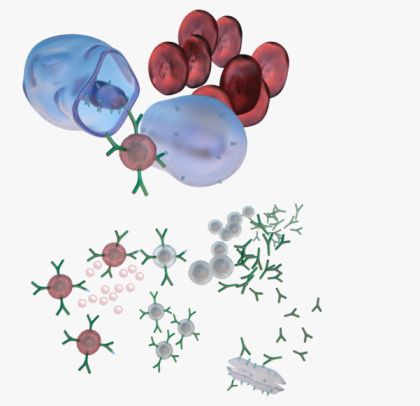 An illustration of immune response, involving a chain of defensive white blood cells, triggered by microbes

Previous studies in Gabon have shown that a high prevalence (up to about 20% of the population) of ebolavirus antibodies in healthy populations. This immunity is likely the result of previous epidemics or, more likely, the regular exposure of local populations to the virus, probably via natural reservoir or spillover sources of the virus, such as the hammer-headed fruit bat (Hypsignathus monstrosus) and the little collared bat (Myonycteris torquata). This is thought to be the result of people eating fruit contaminated with bat saliva. This work demonstrates that humans can develop immunity, this of course being one of the justifications for developing vaccines in the first place. But the level of cross-immunity to evolving strains remains somewhat of an open book.

Immune status prior to infection is key

The bottom line is that a person’s health and immune status before becoming infected with Ebola is one of the most crucial elements to their prognosis once infected. Writing in The Lancet, a team of French researchers in Gabon, headed by Dr Eric Leroy stated:

“We have found that immunological events very early in an Ebola-virus infection determine the control of viral replication and recovery or catastrophic illness and death. Recovery from infection is related to orderly and well-regulated humoral and cellular immune responses, characterised by the early appearance of IgM and IgG, followed by activation of cytotoxic cells at the time of antigen clearance from blood. By contrast, fatal outcome is associated with impaired humoral responses and an early activation of T cells unable to control virus replication, followed by considerable intravascular apoptosis.”

Leroy’s team also claims the possibility of asymptomatic human-to-human transmission. This means the virus is present in some people with no evidence of symptoms, being perfectly well managed by the immune system – and then can be transmitted to others in the usual ways, via body secretions. With this in mind, imagine how healthcare workers could become as much part of the problem as part of the solution…

Chris Dye from the World Health Organization is appealing for $1billion to support the fight against Ebola in West Africa. Huge amounts of this needs to be spent on frontline medical staff and nurses, hospital beds, protective clothing and all the other paraphernalia associated with trying to halt the transmission of what is considered to be an untreatable infectious disease while providing palliative care for those infected – and rightly so.

But it beggars belief, given the knowledge of the virus’ workings, that there’s so little effort going towards priming the immune systems of West Africans, in advance of their exposure. Basic vitamins like vitamins A, C and various B vitamins, as well as minerals like zinc and selenium, are cheap and strongly correlated with enhanced immune response and modulation in the event of challenge by life-threatening viruses. Some of these are even more effective when delivered intravenously at extremely high doses, short-term.

Beyond this, functional and integrative medicine has decades of experience with dozens of other naturally-occurring compounds, some produced within the body, others from our diets and environment, that have profound immune-modulating effects. Many of these natural agents are astonishingly relevant to the current crisis, precisely because these molecules are so often multi-target in their function. More to the point, brought together in an integrated treatment and prevention program, their net effect just could be all that is required, helping to turn the most susceptible individuals into more resilient ones. This multi-target function of natural molecules is of course, typically, the diametric opposite of the way in which most patented drugs work, including the latest crop of experimental drugs such as ZMapp.

Vitamins and minerals are strongly correlated with enhanced immune response

The best news we can relay to you at present is that there are efforts being put in place, at the behest of West African governments – not the consortium of international agencies and corporations centrally involved in the current main effort – to trial various therapies of this kind. The bad news is that these trials are all covert, because for them to fly above the parapet would cause them to be attacked and challenged by the international agencies that continue to be deeply in bed with pharma. Such efforts are also often compromised through lack of adequate funding and infrastructure. They are further hampered by their need to be covert.

It’s a tough ask to suggest that vaccination development, trials and roll-out should be put on hold because of concerns it either won’t work or might cause serious side effects. That’s not what we’re suggesting. What we are suggesting however, is that far more effort be placed on ways of enhancing the human immune system among populations that are at risk of exposure. That includes most people in Guinea, Liberia and Sierra Leone. It also includes all frontline health workers.

In light of the available scientific evidence, it would be a travesty to ignore work of this kind when there is so much research and clinical evidence suggesting that the state of a person’s immune system prior to exposure to the virus is one of the key factor’s determining whether someone will live or die.

How have we strayed so far off course? A few factors have worked together. These include: too much focus on the dead, rather than the survivors; too much effort generating fear for something we think needs a high-tech, patented solution, and; too much control by corporations, including the CDC and their colleagues at NIH, which are set to gain financially by the release of viruses or anti-viral drugs.

Thankfully there are people in West Africa who see through all of this and are doing something about it. It’s just a pity that a small fraction of the huge amount of aid pouring in on the back of the Ebola epidemic can’t yet be diverted to immune support for the masses. We can hope that this will change – in time, and the sooner the better given the continuing and potentially unnecessary death toll.