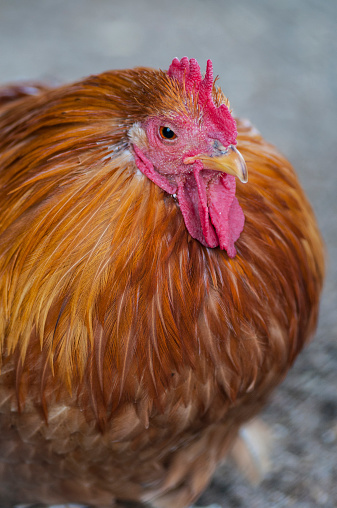 An article by Rob Verkerk PhD in the October edition of Poultry World (UK) further highlights ANH-Intl’s concerns for the organic poultry sector, after the EU derogation was extended in July, permitting 5% of conventional feed in the diets of organic poultry and pigs and the use of non-organic pullets for the egg sector. The UK conventional feed industry’s support for the move calls into question the extent of their influence over the UK organic sector.  As EU Member State representatives meet regularly, and painstakingly construct opaque new EU regulations for organic farming, our concerns remain about overall biotech and big industry influence over governments, such as the UK, and the future of organic and GM-free-fed meat and dairy products in Europe.

Conventional feed has no place in organics

In October’s Poultry World ‘soapbox’ article, Rob Verkerk stressed again, that it’s unacceptable to have 5% of conventional feed in organic feed for poultry. This EU wide derogation, allowing inclusion of the conventional feed, has been repeatedly extended since the year 2000. It’s of great concern, and a threat to the sector, that it’s recently been extended yet again, due to ‘unavailability’ of sufficient organic feed. It’s also unacceptable that “rigorous separation of organic and non-organic does not take place for foods destined directly for the human food chain, as the same manufacturing facility can be used to make both organic and conventional feed”. In the USA, the US Department of Agriculture stipulate that organic feed must be 100% organic, and organic feed is kept separate from non-organic.

The article further stresses that of ‘paramount’ concern, is that there are those in the feed industry with influence over what happens in the organic sector, and who are supporting the moves to extend the derogation. As we’ve said before, conventional animal feed, unfortunately contains a large proportion of genetically modified (GM) ingredients, such as soya, and this dominates the supply chain. It’s easy for those with influence over the organic sector to use the challenges of sourcing alternative organic proteins essential for animal health and performance, as justification for incrementing the feed from conventional sources. Opponents in favour of 100% organic diets argue that bird health does not suffer, and that fully organic supplies are being undermined by the EU 5% derogation. In short, the easiest distinction in the two diets is summed up in that “organic diets support the birds’ natural development, whilst conventional diets are used in order to maximize production”.

The UK Department for Environment Food and Rural Affairs (DEFRA) commissioned a project to run this year, designed to throw light on precisely this issue — organic diet mixes for pigs and poultry. The project aims to “provide information, data and evidence to help establish whether an extension period is required in respect of the 5% allowance and the likely implications of a range of different scenarios”. The project is being led by an ADAS Sustainable Food and Farming team. We learnt this week from the senior poultry consultant, that the project was not completed this autumn as planned, but that “it will run a month or so longer than intended”. With the derogation decision having been made back in July, the results (due to be published at the end of 2015) are intended to inform the next EU review of the 5% derogation decision, due in 2017.

The future of organic farming in Europe

For several years, monthly meetings of the Standing Committee on Organic farming have been taking place in Brussels, to thrash out new EU regulation for organic farming. Meeting reports throw little light on the proceedings. Expert and advisory groups also inform the meetings, and the latter comprises representatives of technical and business interest groups, including those representing EU farmers and their cooperatives, who are keen for new varieties of GM grain to be authorised.

We hope very much that the ideals of organic farmers are not trumped by trade deals or overarching industry influence in European Commission proceedings, as has been the case for other sectors.