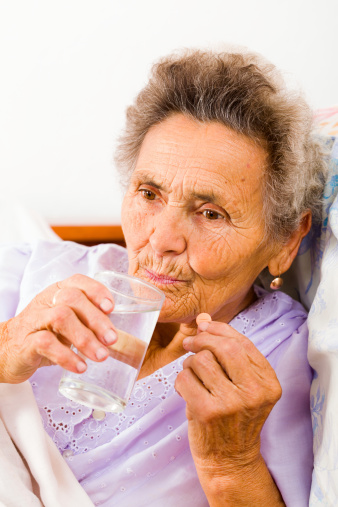 Do B vitamins help brain ageing?

New study finds no effect on cognitive performance from folic acid and B12. Is this yet another study designed to fail?

The release of a new, 2-year study conducted in Holland and published ahead of print in Neurology has found the polar opposite of Professor David Smith’s Oxford Project to Investigate Memory and Ageing (OPTIMA) in 2013. According to the Dutch academics, folic acid and vitamin B12, whilst having a lowering effect on homocysteine, do nothing to enhance cognitive performance.

As our aging population increases, so too do the rising rates of cognitive decline, dementia and Alzheimer’s disease. Conventional medicine is wont to look for a magic bullet, whilst a natural health approach would be multi-factorial, yet based upon solid nutritional foundations. It stands to reason that if you don’t feed the brain what it needs, it’s likely to atrophy over time and an atrophied brain is not a brain able to function normally.

Last year we dedicated time to this subject looking at Alzheimer’s disease from a more evolutionary standpoint in order to raise awareness of prevention factors that lie way downstream. We also covered Professor Smith’s OPTIMA study, with which Patrick Holford has also been greatly involved. Their results were encouraging for people already showing signs of cognitive decline, with Patrick Holford’s Food for the Brain centre carrying the practical information from the study.

In the interest of clearing potential confusion, ours included, we’ve looked at the new paper and comment below.

1. Given past research on B vitamins, homocysteine lowering and effects on reducing Alzheimer's disease risk (or brain atrophy), it is odd, to say the least, that vitamin B6 was completely omitted from the study. Additionally, the folic acid dose was half that used by Smith's group at Oxford University (Oxford Project to Investigate Memory and Ageing (OPTIMA))

2. The study showed definitively that homocysteine could be lowered significantly by an average of 5.0 mmol/L in the B-vitamin group as compared with an average of 1.3 mmol/L in the placebo, but used only cognitive tests rather than measures of physiologic deterioration such as brain atrophy, key to Alzheimer's disease, as the outcome measure. It is quite possible that the omission of vitamin B6 and the insufficient dosage of folate may have contributed to the lack of significance in cognitive scores achieved.

3. The study included only healthy individuals, and therefore excluded those with mild cognitive impairment that were the subjects in the OPTIMA study conducted at Oxford University by Prof David Smith and co-workers that showed profound results of high dose folic acid, B6 and B12.

4. Studies such as the present one continue the notion of testing the suitability of using nutrients as drugs, that are in turn tested, like drugs, as unilateral interventions in randomised controlled trials. The reality is that brain atrophy and Alzheimer's disease, along with associated cognitive decline, are the result of much more complex interactions that include a much wider range of facts that affect physiology. This includes exposure to inflammatory agents or environmental toxins, microbiome (gut bacteria) status and health, meal frequency, macronutrient and micronutrient composition of the diet, physical activity, psychosocial stress, emotional state and genotype (polymorphisms/genetic variations).

It would be irrational to dismiss the role of high dose B vitamins in reducing risk of neurodegeneration, especially when accompanied with a wide range of supportive (multi-factorial) measures that should include: