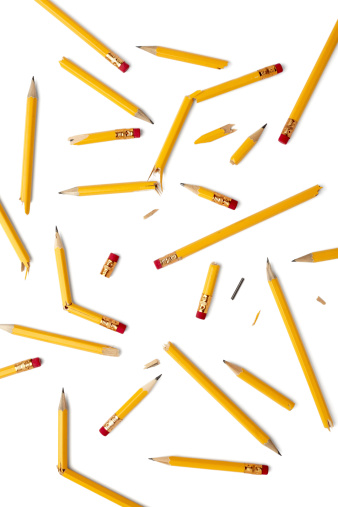 The perseverance of the surviving journalists and cartoonists at Charlie Hebdo is nothing short of staggering. ‘Charb’ and his team long knew what they were up against. The firebombing of their offices and repeated death threats did nothing to alter their course. Such was their passion for free speech and satire – a process that many of us believe inspires improved values and quality of life through the action of shining a mirror on ourselves.  One may have thought that depriving life from 8 of the leading lights at Charlie Hebdo, including ‘Charb’ himself, would have caused the newspaper to fold. But a week after the Kalashnikov wreaked devastation on Paris, Charlie Hebdo is back. With the print run boosted from 60,000 in French to 3 million in 16 languages this week, the front page carries a cartoon of Muhammad saying “Tout est Pardonné" (“All is Forgiven”).  Fair do, and with support from millions around the world, including many Muslims, world leaders and untold numbers of ordinary people, business as usual is resumed, and the act of last week never forgotten.

While France licks its wounds, we should consider the much greater horror of what has been happening concurrently at the hands of the Boko Haram militants in Nigeria. About 2,000 people were massacred in the town of Baga when it was razed by the terrorists in what Amnesty International describes as the group’s deadliest attack yet. This massacre, however, has not yielded many column inches, partially a result of challenges in reporting and communication.

Returning to last week’s events in Paris, life in Europe, and especially in France, will probably never be the same. The value of freedom of expression has been renewed, following it being enshrined in the European Convention on Human Rights in 1953. There is a new sense of unity too, epitomised by “Je suis Charlie”, one of the strongest trends yet seen in social media history.

The Convention, in Article 10.1, says, “Everyone has the right to freedom of expression.” But as is so often the way in European conventions, treaties and laws, there are limitations on freedoms. It’s a little akin to giving with one hand and taking with the other. The ‘taking’ element of Article 10 comes in the following clause, Article 10.2. This clause states:

“The exercise of these freedoms, since it carries with it duties and responsibilities, may be subject to such formalities, conditions, restrictions or penalties as are prescribed by law and are necessary in a democratic society, in the interests of national security, territorial integrity or public safety, for the prevention of disorder or crime, for the protection of health or morals, for the protection of the reputation or rights of others, for preventing the disclosure of information received in confidence, or for maintaining the authority and impartiality of the judiciary.”

This is a judicial weapon that could have been used against Charlie Hedbo. Thankfully it wasn’t, despite clear evidence that the style of journalism threatened national security. So why avoid using this limiting provision? Is it because Charlie Hebdo has little influence on major business interests?

The case of Charlie Hebdo, the response of the surviving journalists and cartoonists and the use, or non-use, of legal provisions that could have restricted their freedom of expression offers many insights in other areas of our lives.

Freedom of expression about health-related information

Our organisation has been at the forefront of trying to maintain freedom of expression when it comes to communicating the health benefits of foods, nutrients, herbs and other natural products.  In early 2012, intensive lobbying in the European Parliament, some 300 km north-east of Paris in Brussels, narrowly missed blocking a key implementing measure of the EU’s Nutrition and Health Claims Regulation. Nearly 40% of the committee voted in support of the veto, but pressure from Big Food was simply too great. We’ve previously written a lot about the sweeping powers of this Regulation to eliminate commercial free speech.

Fear is an emotional state that occurs as a response to danger, pain or harm. It has evolved as a protective mechanism and causes changes in the way our brains and bodies function. It may cause us to change our behaviour, including to hide or flee. It is a more than understandable emotion among the journalists at Charlie Hedbo or those devastated by Boko Haram in Baga and elsewhere in Nigeria. It’s less understandable, I feel, among others who have succumbed to accepting commercial infringement of speech because of a piece of misconfigured European law.

One has to ask: what’s the worst that can happen? Death? Jail? Financial penalties? The first is certainly not a concern. The second, extremely unlikely. The third? It’s of course possible, but probably only after repeated offences. The most likely scenario for a first offence is this: a slap on the wrist and potentially a product withdrawal. Diplomacy and a more lenient regulator may result in any product withdrawal being avoided with a requirement, on the next print run, simply to reprint labels or packaging without the ‘offending’ health claim.

Let’s remember what kind of ‘offences’ we’re talking about. Currently, any company that sells a probiotic or prebiotic and refers to the product as a ‘probiotic’ or ‘prebiotic’ is in breach of the Nutrition and Health Claims Regulation. Saying that essential amino acids (of which there are nine, universally agreed in science) contribute to essential functions (any) in the body is an offence. Claiming that glucosamine is good for your joints is another. As is the benefit of coenzyme Q10 for energy production in the body or for heart health. We could go on. There are, in fact, 2,015 health claims that were widely in use throughout the EU that are now illegal as per the terms of the EU Register of nutrition and health claims published in 2012.

What would it take for a group of companies to get together, with a fraction of the courage of the Charlie Hedbo staff, and continue to publish health claims they believe to be reflected by current science? What kind of goodwill could this generate among consumers, or potential consumers, of their products?

And then, if they were prosecuted, how would they fare in Court, potentially in the European Court of Human Rights, defending their right to freedom of expression that was denied to them by a scientific substantiation process that is not fit for purpose?

Would the risks really not be worth taking given the impacts on future generations who will otherwise be deprived of information that might improve their long-term survival and quality of life?

How did the EU’s health claim regime get railroaded?

Few would doubt the honourable, original intentions of the Nutrition and Health Claims Regulation. It was intended to stop misleading, false or ambiguous claims. The problem, however, is that nutritional and health sciences aren’t exact sciences. Proving cause and effect relationships is very tough. It took over 30 years, for example, to establish the causal relationship between smoking and lung cancer. Imagine doing that for thousands of nutrients. In a nutshell, the scientific substantiation methods used to evaluate health claims are badly off-base, having been developed over many years by wrangling in Codex committees. Committee science is often bad science, more political than scientific.

It is only now that the system is in place, and it's at grave risk of being exported internationally. In the USA, only the First Amendment protects American citizens from its ravages.  In the EU, expensive, dedicated studies designed specifically to meet EFSA’s requirements are now being conducted, and a trickle of claims will slowly come through, but only for ingredients that interest Big Food sufficiently.

Even more disconcerting, the Regulation was one of the policies spawned under the EU’s 5-year (2007-12) obesity strategy. Remember, this policy-driven strategy has been shown to have no effect on spiralling obesity rates, and may just have made them worse. The idea, strongly supported by the European Parliament in the early days, was to ban claims for those ‘diet pills’ that had next to no supporting science (some of them), but to green light others that would help consumers in their battle with their waist sizes. Well, that didn't work either. There is only one ingredient among all the 250 authorised health claims that directly relates to weight loss, and that's for glucomannan.

The European Commission justifies what it has done under the banner of ‘consumer protection’, despite the regime’s effect in removing over 2,000 health claims from products that previously helped consumers discriminate between different food products with different health effects.  The European Parliament debated on health claims regulations for months and consensus didn’t come easily. The closest call came in 2012 with the Regulation (432/2012) that imposed 220 authorised health claims but simultaneously banished nearly 10 times this number. An additional 14% of votes in support of the veto in the ENVI committee and the regulatory process would have come to a grinding halt.

If you fail to stop a bad law, don’t give up. Especially if it’s going to have downstream negative consequences on the health of the next generation. Instead, you need to find the right opportunity to review or reform the law. Public, industry and parliamentary pressure for reform is one way. Legal challenge is another.

The fact that the European Commission is still undecided on how to proceed with around 1600 ‘botanical’ health claims after around 90% of them initially assessed by EFSA were given negative opinions, is helpful. Its continued hesitation in going for a ‘traditional use’ pathway further illuminates the defective nature of the legal background to the Regulation. Once the Commission moves forward with a legislative instrument, this could be challenged or, if more relaxed, used to demonstrate the lack of a level playing field for different categories of health claim.

The options for reform or legal challenge are both still available. But proceeding along either route requires both pluck and resources. Neither of these wuld be problematic if affected parties cooperate. Come on – now’s the time for inspiration, for courage, and for defending freedom of speech. Lily-livered apologists for the appalling infringement of commercial free speech, courtesy of the Nutrition and Health Claims, step aside.

It’s 2015 and this call requires you to do more than we asked in 2012. We needed you to respond more then. And getting a flurry of letters into the three hot spots of EU law-making – industry, European Commission and European Parliament – could well start to get things moving in the right direction; legislative change.  We’ve tried to make it easy for you by offering some simple text that you can use as is, or make your own.

Find here draft text that could be used in your email or letter. Please forward relevant responses to us at: [email protected] with subject “Health claims reform 2015 - companies.”

Find here draft text that could be used in your email or letter to Big Food’s major associations. Please forward relevant responses to us at: [email protected] with subject “Health claims reform 2015 - associations.”

Find here draft text that could be used in your email or letter to your MEPs. Please forward relevant responses to us at: [email protected] with subject “Health claims reform 2015 - MEP.”