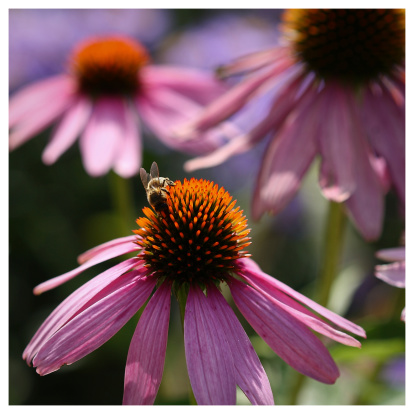 Does the recent Irish consultation on herbs put a spanner in the works for a liberal EU marketplace for herbal food supplements?

Last week, the Irish medicines regulator, the Health Products Regulatory Agency (HPRA), formerly the Irish Medicines Board, closed its consultation on its proposed guide to help retailers decide on what herbal products they should and shouldn’t sell. First, up Irish retailers have told the HPRA they find the guidance excessively complex and unworkable. 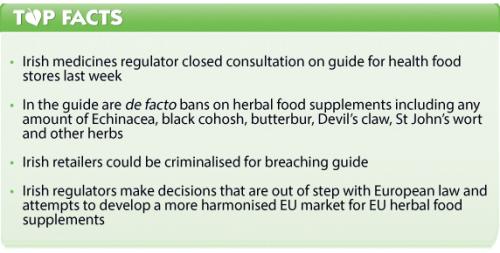 We say that guidance that tells retailers they cannot sell these herbs as food supplements is utterly inconsistent with European Union case law. That’s because the proposed guide restricts the sale of these herbs as food supplements at any dose, in any formulation, regardless of amount. European case law has made very clear that it’s the dose that matters (stupid!). This means that medicinal determinations by a member state regulator like the HPRA should be made on a case by case basis, taking into account things like the amount of active ingredient(s), claims, posology, etc.

Interestingly, this is the approach the HPRA has taken with a number of other herbs, such as Boswellia serrata (Indian frankincense), cat’s claw, hawthorn and horsetail (aerial parts). Why it’s done this with Boswellia is anyone’s guess, when there’s a 2009 judgment (Case C-27-08) in the European Court that recognises 400 mg of extract as a food supplement after the German authority tried to classify it as a medicine.

There’s one piece of good news, though, and we can’t help letting you know that this is something we’ve been very proactive about with the Irish and other authorities for some time. That relates to the HPRA deciding that milk thistle with a daily dose of silymarin beneath 200 mg should be regarded as a food supplement. That’s entirely sensible, or at least makes a mockery of the fact that some regulators are trying to hold out with no justifiable legal basis that the dose of an active in a food supplement should not exceed that in a registered medicine, including a herbal medicine. In the case of milk thistle, silymarin levels for medicines go down to as low as 50 mg/day, which is not going to be very helpful to anyone wanting any proper liver support (200-600 mg silymarin a day is more like it).

The proposed name for the guide perhaps gives away the Irish authority’s mission. The HPRA is proposing to call its guidance “The Guide for Retail Sale of Herbal Medicinal Products”. Interesting, isn't it, that food supplement shouldn't appear in the title? One purpose of the guide is to make sure that the only herbal medicines that are sold by health stores in Ireland are ones that are registered under the somewhat broken ‘traditional herbal medicines’ regulatory scheme. You’ll remember that’s the one that has barely registered a single, genuine traditional herbal medicine of Western and especially Eastern heritage. Most traditional formulations are excluded by virtue of the fact they don’t fit with the pharmaceutical stability standards borrowed from contemporary drug licensing.  But there are many other challenges to eligibility, as well as high costs which simply don’t suit a large and diverse range of relatively low volume products.

The other key element of the HPRA mission relates to guidance about which botanical containing food supplements Irish retailers can and can't sell. Put simply they can't sell anything unless it's a licensed medicine or 'clearly' a food or food supplement. The HPRA's guide of course tells retailers that many products containing particular herbs are now medicines, while others might be medicines.

The HPRA asked that the responders to the consultation limit their comments to ones “relevant to improving its comprehension and use only.” That means if you don’t like any of the decisions made, such as not liking the fact that it 'inadvertently' bans herbs that you’ve been selling safely for years, to people who really rely on them to maintain their health, you can say nothing.

Founded in 1986 and representing the majority of independently owned health stores in the Republic of Ireland, the Irish Association of Health Stores (IAHS) says that the latest lists produced by the HPRA as part of the proposed Guidance prove almost unworkable for the average retailer.  "The feedback we have had from our members in relation to this Guide is that the level of complexity attached to it makes its application in the workplace almost impossible", said IAHS president Jill Bell.  She added, "One would have hoped that a simpler and more workable Guide which would have aided retailer compliance would not have been beyond the HPRA's capabilities."

Worse still, the HPRA is asking retailers to agree to it. You can imagine how this could play out when a retailer is found selling a herb that doesn't fit with the guide’s decision tree. A zealous regulator might then pronounce: “You had your chance to comment on the guide, you did so, and now you are disregarding it. Sorry, but you have knowingly broken the law and will now be made a criminal.”

Apart from the IAHS's own comments, Rob Verkerk, as scientific advisor to the IAHS, independently many his concerns known to the HPRA via its consultation process. We believe that the HPRA's approach, as a national medicines regulator in the EU, is out of order. This is especially the case given the medicines regulator has no legal competence over foods or food supplements.

In addition, any member state regulator should abide by European case law and take note of other initiatives that are trying to provide a rational, yet liberal, single market for botanical food supplements EU-wide, that allows consumers freedom of choice. Relevant other initiatives include the EU-funded PlantLIBRA project and the BELFRIT list that brings together the views of the Belgian, French and Italian regulators in this area.

Momentum behind BELFRIT is increasing, with Romania and Netherlands coming on board – and it seems that the Irish, as well as the UK, Germany and the Nordic countries are increasingly out of step.  A herbal divide is in the making and it is just a matter of time before the European Court will need to be brought in to intervene.

We will update you again once the results of the Irish consultation are revealed. It may be necessary at that point to call on Irish consumers to help Irish retailers, along with the IAHS, in their mission to maintain diverse natural health product choice, for your benefit.