Home News The UK NHS crisis, the (IR)Responsibility Deal and an election 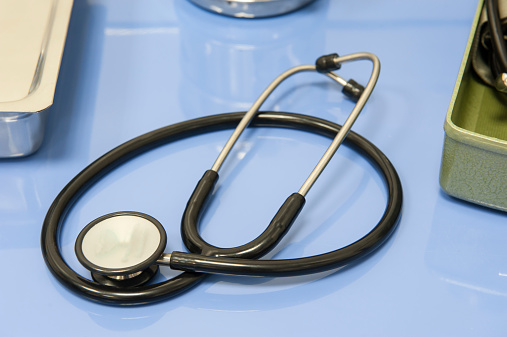 The UK NHS crisis, the (IR)Responsibility Deal and an election

Why UK healthcare needs to change direction &ndash; citizens must become the drivers and voices for reform

The UK’s National Health Service (NHS) is sometimes regarded as the jewel in the crown of public service provision.  If you take the trouble to read the NHS Constitution, you might be very pleasantly surprised. It’s very idealistic.  It’s all about a partnership between the public and the UK’s public healthcare provider, to offer the best level of care “available to all irrespective of gender, race, disability, age, sexual orientation, religion, belief, gender reassignment, pregnancy and maternity or marital or civil partnership status.” It talks of being patient-centred and promotes wellbeing, and reminds us that it’s always there for Brits during their times of greatest need.

There are a few shining examples, such as the Brighton Health and Wellbeing Centre, of integrative healthcare working within the context of the NHS. Sadly, these are rare exceptions. 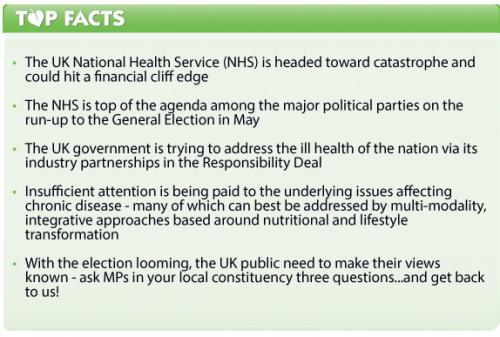 Nearly everyone who has used the NHS’s services has experienced admirable service at some point and likely interacted with outstanding human beings. But many have also had experiences that are more or less the diametric opposite of this. Every week at ANH-Intl we hear of more horror stories concerning failures at the primary care level, of misdiagnoses or failure to offer any effective help. General practitioners (GPs) staring at their computer screens, poor 'bedside manner', avoidance of any physical examination and prescription of drugs for which there is little or no evidence of effectiveness are all commonplace. But above all, albeit with some shining exceptions, there is an all too common inability to be compassionate.  Yet, as Drs Ted Kaptchuk, David Rakel and Robert Youngson have shown, these are vital ingredients in the therapeutic relationship that in turn triggers powerful self-healing.

Why does the NHS fail to deliver at so many levels? It’s not helped by the fact that, with 1.7 million employees on its books, the NHS is the fifth largest employer in the world. Derek Wanless and his team back in the early naughties, the King’s Fund, the Care Quality Commission and many others have shone a spotlight on the behemoth’s failings. Some issues, such as the incidence of preventable hospital-born infections, such as MRSA and C. difficile, have improved since enhanced surveillance and improved hygiene practices were introduced. But irrespective of tweaks here and there, the supertanker remains on-course for a major crisis or collision.

It’s no surprise that the NHS is sitting top of the agenda among the major political parties on the run-up to the General Election. The King’s Fund says the NHS could hit a financial cliff edge imminently.  At this point, services will not be able to continue as usual. For those who’ve either chosen, or been unable, to look after themselves well, the prospects of handing the responsibility of their health management over to the NHS could seriously disrupt the quality of life, especially in later years. The current coalition is planning to pull a further £2 billion out of the NHS and hand it over to the so-called Better Care Fund to allow people to receive improved care at home, rather than at hospital. And that’s not great if you need a hospital, rather than homecare.

That still doesn’t address the declining ill health of the nation.  The UK government has rightly identified obesity and type 2 diabetes as a key priority, the former now affecting about 30% of the nation. It’s doing its top-down bit with the NHS via its industry partnerships in the Responsibility Deal.  In essence, it invites industry players that are contributing to the over-supply of the wrong types of food to commit to certain pledges, including on labelling practices and reformulation. There have been some impressive commitments from a range of manufacturers, retailers, food-service providers, and restaurants, including removing 1 billion units of alcohol from the UK marketplace by end 2015.

As pointed out in the McKinsey Global Institute’s November 2014 report, Overcoming Obesity: an Initial Economic Report; “…because it is voluntary, a number of players in the industry have not signed up for the commitments, creating frustration among “leaders,” and failing fully to shift defaults in the food and beverage environment.” More to the point, the MGI report has identified 74 different interventions against obesity and argues that unless many of these are implemented together, the population’s waistlines and ill health will show no sign of abating.

Top-down approaches however don’t matter a jot if people are addicted to high carb, high sugar (low fat?) diets. They simply expend a little more effort to seek out the foods they desire. Just as importantly, until there is progress in understanding the root causes of chronic disease, including obesity, within all levels of the NHS, especially at the primary care level, significant improvement of the existing chronic disease trajectory is unlikely.

In a democratic society, it’s critical that the public wades in with its views. On a lead up to an election, especially when the NHS sits among the top items on the political agenda, there can hardly be a more important time to express views to your elected representative.