Home News Lancet study: Get fat in middle age and reduce your risk of dementia? 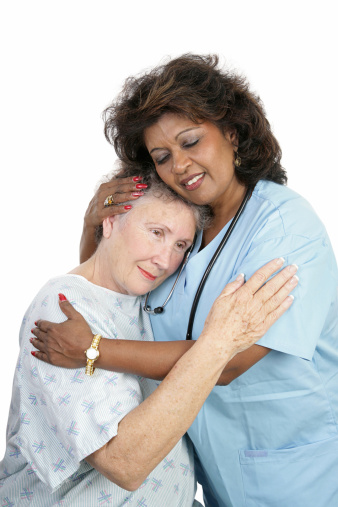 Lancet study: Get fat in middle age and reduce your risk of dementia?

In the wake of media publicity about a new study which suggests that increased body weight protects against dementia risk in later life, ANH-Intl evaluates possible explanations and options for healthy long life

Is it any wonder millions are paralysed to the point of doing little to take responsibility for their own health when faced by a barrage of conflicting health messages being put out by media based on the latest scientific findings? This week’s revelations in the media are classic examples. Did you hear that if you’re middle-aged and fat, you’re less at risk of developing dementia than someone who’s of normal weight? The UK’s Daily Mail, the UK’s Telegraph the Washington Post and Medical News Today are among the hundreds of media channels around the world that have covered the latest findings based on studying 2 million Britons over a 20 year period.

So how should we react – give up on any weight loss goals, allow the middle-age spread to take its course and keep your fingers crossed that while you won’t have the body you might want, you might have a higher chance of maintaining your ‘marbles’?

And what about all that weight loss advice from governments? The UK, the USA and many other governments give copious public advice that aims to help people battle the bulge. The idea underpinning such advice is that it is intended to reduce your risk of chronic diseases in later life, including cancer, heart disease, type 2 diabetes and osteoporosis. But does your risk of dementia or Alzheimer’s follow the same relationship, or is it an exception to the rule? Might your attempts to lose weight increase your risk of dementia, while reducing your risk of other chronic diseases?

The first point is that published scientific studies to-date have typically revealed an inconclusive relationship between weight and dementia risk. Secondly, this most recent study, by Qizilbash and colleagues, published in The Lancet - Diabetes Endocrinology, is the first and largest study to show a correlation between body weight and reduced risk of dementia.  The study is a retrospective cohort study of nearly 2 million Britons aged 40 years or over and it is based on UK primary care data from the Clinical Practice Research Datalink. The dementia incidence was then associated with 4 different bands of Body Mass Index (BMI).

The authors found “Compared with people of a healthy weight, underweight people had a 34% excess risk of dementia… the incidence of dementia continued to fall for every increasing BMI category, with very obese people having a 29% lower risk of dementia than those of a healthy weight”. In addition, the authors found “underweight people had a 64% higher risk of developing dementia than did those with a BMI around the median of 26-27 kg/m2”. The authors indicate that the reasons for the findings are unclear and they stressed that the findings require further investigation. A particular strength of the study is that it is the largest of its type and it attempted to rule out a number of potential confounding factors including smokers, alcohol consumption, statin use, antihypertensive use, diabetes and previous heart attacks.  The results of the study which show a clear inverse association between BMI and dementia risk and are at odds with a  number of other research studies that have shown that mid-life obesity increases risk of dementia, possibly through the increased damage to the blood-brain barrier, inflammatory processes and effects on the brain of elevated levels of adipose tissue hormones and adipokines.

The study authors are emphatic about the relationship they found. They are however unclear over what may have caused the observed effects and correctly conclude that “The reasons for and public health consequences of these findings need further investigation.”

The first thing to stress is that a person’s Body Mass Index (BMI) actually tells us very little about the health of that individual. It simply tells us something about their weight in relation to their height. It doesn’t tell us anything about their central adiposity, despite evidence to suggest that the ratio between waist circumference and height is a much better marker of metabolic risk than BMI.

Therefore it cannot be assumed that a normal weight, and especially an underweight, individual is a healthy person. Low weight individuals may have very low bone mass and may have suffered considerable muscle wasting (sarcopenia). Such individuals may well have elevated levels of inflammatory markers and they may even have high visceral fat levels (the “skinny fat”).  These and other comorbidities, combined with sedentary lifestyles and poor diets (including high grain consumption and low consumption of protein and healthy fats), are well known to be associated with increased dementia and Alzheimer’s disease risk.

It seems possible then that what the researchers have observed is a higher level of metabolic and endocrine dysfunction among low weight individuals.  Equally, the size and nature of the study tells us nothing about normal weight healthy individuals with low rates of inflammation, with relatively high muscle mass and who engage in non-sedentary lifestyles.

Based on everything that’s known about dementia risk, staying healthy in body and mind is key.  Contrary to the newspaper headlines, letting your waistline grow is not a good option, especially as you need to weigh up a whole range of other risks including type 2 diabetes, heart disease and cancer, increased risk of which are all associated with obesity.  By contrast, allowing yourself to become frail is risky from whatever perspective you look at health.

As the authors themselves acknowledged, “Many different issues related to diet, exercise, frailty, genetic factors, and weight change could play a part”.

Following are some straightforward options for those in middle age keen to reduce their risk of dementia in later life.