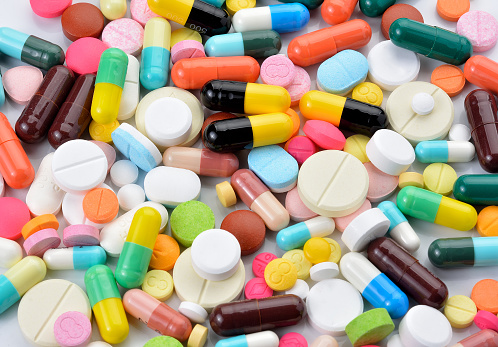 On the lead up to the UK election, we evaluate why over-reliance on pharma drugs is at the root of the lack of effectiveness of Western medicine

In the run-up to the UK general election, the fate of the UK National Health Service (NHS) has consistently been on top, or near the top, of the political agenda. The NHS is interwoven into the fabric of Britain, and its provision of free health services is touted as a major reason for the UK’s attraction by immigrants and refugees, and the migrant chaos in Calais.  Many see it as a national institution that must be preserved for the nation’s benefit. But for some time it’s been sliding into financial crisis. Those outside the Conservative camp are typically hugely concerned about it being broken-up and privatised. Labour wants it preserved, but there is little consensus over how this will be done sustainably. 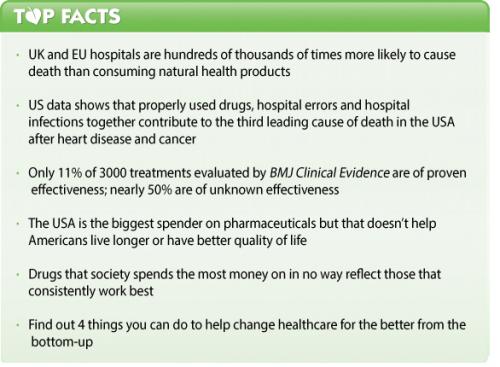 The financial crisis in the NHS is putting the squeeze on productivity and quality of patient care. It seems the NHS budget is expected to accommodate the rising cost of pharmaceutical drugs.

But how many are questioning the mainstream reliance of pharmaceutical-dominated healthcare? You’re certainly not reading about this in the papers. To redress this imbalance, we take a closer look at the issue of over-use of pharmaceuticals.

In 2012, ANH commissioned New Zealand-based consultant Ron Law to collate and present data on risk management. UK data showed that drugs are as dangerous as war, and that being admitted to a UK hospital or taking prescription drugs exposes a person to one of the greatest preventable risks in society. Similar EU data revealed that hospitals are not only hundreds of thousands of times more likely to cause death than natural health products – they are twice as deadly as either cancer or smoking.

It is often claimed that Western medicine is the third biggest killer in society. This is mostly based on US data, which is probably fairly representative of other Western countries. A conservative estimate of deaths caused by modern medicine in the US could easily yield a figure of around 300,000 deaths per annum. This figure is made up of iatrogenic errors in hospitals (98,000), preventable infections in hospitals (90,000) and adverse drug reactions in hospitalized patients (106,000). Based on CDC data on causes of death, a total annual mortality of 294,000 based on these three sources of death, puts preventable hospital-based deaths as the third leading cause of death after heart disease and cancer. Hospitals are therefore clearly not safe places.

Let’s not forget that food isn’t safe either: 2011 figures from the CDC in the USA show nearly 50 million illnesses caused by foodborne illness, 128,000 hospitalisations and over 3,000 deaths, annually. Supplements, it should be said, normally don’t cause a single death, but on years in which deaths are recorded, these are usually linked to choking from consuming too many capsules or very young children consuming entire bottles of iron sulphate, usually prescribed by doctors and not bought as a supplement.

How well does modern medicine work?

Of 3,000 treatments (as reported in randomised controlled trials) evaluated by the journal BMJ Clinical Evidence, around 50% are of unknown effectiveness and only 11% proven to be effective. That’s probably not what you heard from your primary care physician or GP.

By comparison, it’s interesting that even Edzard Ernst, who, as past Prof of Complementary Medicine at Peninsula Medical School, Exeter University, rated 53% of his studies on CAM modalities as yielding positive results, only 7% with negative results and 40% with neutral results.

How much pharmaceutical use?

The IMS Institute “Global Use of Medicines Outlook Through 2016” July 2012 report tells us that annual global spending on medicines will reach nearly $1.2 trillion by 2016. As a patent cliff has been hit, pharma is now shifting its efforts towards ‘pharmerging’ markets, but these projections still put the US as by far the biggest single national spender on drugs. Does this help with life expectancy? Unfortunately not. Chileans who spend about one-seventh of the amount on healthcare, have a similar life expectancy, and the Japanese who spend half, have among the longest.

The KPCB “USA, INC.” Key Points October 2012 report by Mary Meeker specifically states “USA Spending on Healthcare IS NOT Performance-Based and IS NOT Correlated to a Longer Life Expectancy” (their emphasis).

When it comes to drugs, do the biggest money makers rule?

Of real importance, the drugs that society spends the most money on in no way reflect those that consistently work best (see below). For examples, cancer, diabetes, asthma/COPD, autoimmune and lipid regulators are the biggest drug categories. Looking further down the list (below), you’ll see questionable effectiveness for many more categories. Yet, these are all areas for which diet and lifestyle medicine approaches have been shown to have pronounced effects on prevention of disease. 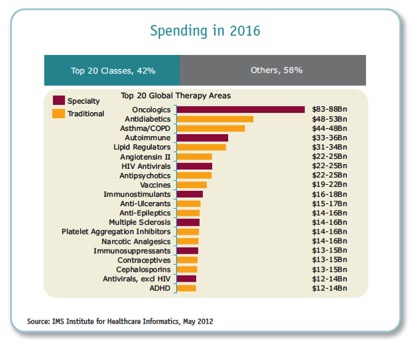 Pharma failures: How has this happened?

Evidence Based Medicine (EBM) is widely regarded as the key way in which clinical decisions should be made. But the concept was largely derailed just four years after it was originally proposed by Prof David Sackett’s working group back in 1992.

The hierarchy of evidence has transitioned randomised controlled trials (RCTs), and systematic reviews and meta-analyses of these, into position as the gold standard, when originally these were intended primarily to help drug companies get drug licenses for their products.

Many drugs are now prescribed off-label, often with little or no scientific evidence to back safety and efficacy.

What’s more, the evidence that comes out of a RCT looks only at ‘specific therapeutic effect’ not the ‘total effect’ that the patient experiences.

Western medicine is characterised by a reductionist approach, in which humans are looked at as machines and not complex biological systems interacting with highly variable and changing environments. This reductionist and meiopic view is compounded by the limited scope of the typical medical curriculum which forms the basis of medical training. Pharmaceuticals are positioned as the primary intervention and there is virtually no training in nutrition and lifestyle medicine.  It’s of course well known now that most drugs treat the symptoms of disease only, rather than their underlying causes.

In the UK, the leading complaints made to GPs are coughs, colds, persistent fatigue (TATT, or ‘tired all the time’) and childhood fever. These are linked to compromised immune systems, excessive inflammation, oxidative stress and mitochondrial dysfunction – which happen to be the main underlying causes for the vast majority of chronic diseases. Yet regimens that target these dysfunctions are almost never offered by primary care physicians in the mainstream healthcare sector.

We can push for top down change by our politicians, elected representatives and bureaucrats, but history tells us unless we also push from the bottom up as well, we don’t see results in any reasonable time frame. And that’s generally too late.

Here’s a snapshot at six things you can do from the bottom-up: