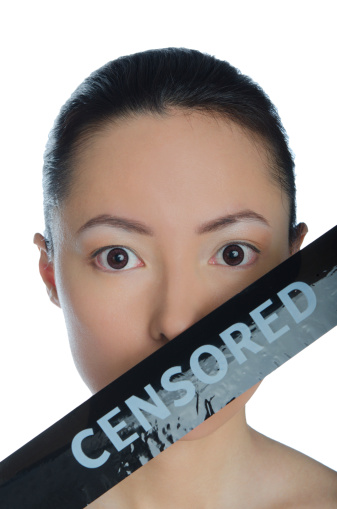 Censorship, quackery and the dissing of unproven cancer therapies

Why the status quo no longer serves cancer patients and what can be done to encourage research and trialling of promising, integrative cancer therapies

Medical freedom of choice remains an aspiration rather than a reality for many. In no area is this more true than in cancer therapy. On Monday, the UK’s Telegraph newspaper lambasted a meeting held near Brighton on England’s south coast, in which various views about alternative cancer treatments were put forward. ANH-Intl’s Rob Verkerk also delivered a lecture at the request of the meeting’s organisers.

We are unable to comment on the nature or quality of other speakers as Rob’s presence at the meeting was restricted to his delivery of a presentation on major challenges facing orthodox medicine linked to its excessive reliance on pharmaceuticals and the limitations of methods used to prove efficacy. Proof of efficacy is reliant almost entirely on the gold standard of randomised controlled trials (RCTs), these increasingly being viewed as of limited value in evaluating multi-modality, integrative approaches that also attempt to maximise the effects of the therapeutic relationship (between practitioner and patient).

The two journalists responsible for the Telegraph article have gone the extra mile to blacken the meeting. They refer to “shadowy arrangements” claiming that attendees “…were given no venue details. Instead, they were instructed to meet in a nearby town, from where they were given train tickets to Shoreham-by-Sea.” They omit to say that this arrangement occurred only because two previous venues turned down the meeting after being challenged by skeptics and made to fear that they might be in breach of the Cancer Act 1939. This Act effectively forbids non-medically qualified persons discussing any form of cancer treatment, as well as banning any advertisement about alternative treatments.

The fact remains that freedom of expression is gravely under threat in the Western world, as it is in many other parts. In the UK, there are real concerns that the Conservative government’s plans to abolish the Human Rights Act (HRA) will risk further loss of fundamental rights and freedoms. A campaign to save the HRA led by Oscar-winning movie star Benedict Cumberbatch and others has just been unleashed.

David Cameron, who agreed to delay the abolishment of the HRA for “at least a year” argues that the prime motive is to replace the HRA, which is modelled closely on the European Convention on Human Rights with the British Bill of Rights and eliminate ties with the European Court of Human Rights. While regaining sovereignty may be an attractive proposition for many, concerns about the risk of losing rights are justifiable given the proposal for the new Bill of Rights has yet to be put forward. It would not be the first time sleight of hand had been used.

The HRA and European Convention on Human Rights give “Everyone….the right to freedom of expression. This right shall include freedom to hold opinions and to receive and impart information and ideas without interference by public authority and regardless of frontiers”.

However, as is always the case, there is a rider, intended to protect health, individuals and national security. The rider states:

“The exercise of these freedoms, since it carries with it duties and responsibilities, may be subject to such formalities, conditions, restrictions or penalties as are prescribed by law and are necessary in a democratic society, in the interests of national security, territorial integrity or public safety, for the prevention of disorder or crime, for the protection of health or morals, for the protection of the reputation or rights of others, for preventing the disclosure of information received in confidence, or for maintaining the authority and impartiality of the judiciary.”

The Cancer Act is of course prescribed by law, and continues to be the primary mechanism in the UK being used to prevent meetings about alternative treatments being conducted.

On the other side of the pond, restrictions on freedom of expression linked to alternative cancer treatments and cover-ups hasn’t been very different.

Ralph Moss PhD from Cancer Decisions, whom was a contributor to our Nuhealth2 think tank in March, blew the whistle on a cover-up about work that had been conducted at the Sloan Kettering Institute (now the Memorial Sloan Kettering Cancer Center) in the 1970s. At the time he was a newly recruited, fledgling science writer for Sloan Kettering. His story – and a considerable amount of information around Sloan Kettering’s research led by its principal scientist was released in a film called, Second Opinion: Laetrile at Sloan Kettering by Eric Merola last year.

In this discussion, you will find Dr Moss presents a detailed and balanced account of what happened. He is not in any way suggesting laetrile is a panacea for cancer or even that it is clinically proven to work. What he says is that preliminary findings from animal experiments conducted at Sloan-Kettering were very promising – and it was this element of promise that triggered the subsequent misinformation and cover-up. Minutes from a key meeting discussing elements of the research conducted are finally exposed. Dr Moss explains how prejudice and misinformation about laetrile have prevented governments and scientists from taking the research forward - including as an anti-inflammatory that could potentially be used in conjunction with other therapies.

The case of laetrile is by no means an exception. If a cancer treatment showing promise in a clinical setting is discovered outside of formal medical institutions, it is routinely lambasted and practitioners using such approaches are discredited, struck off the medical register or even jailed. Even more disconcerting is that such treatments are then usually banned without any further investigation.

One of the most famous examples of this is that of Hoxsey, “the quack who cured cancer”. He was arrested over 100 times, more times than any other medical practitioner, but his Texan prosecutor subsequently became his attorney after Hoxsey apparently cured his brother of cancer.

View below the 1h 36 min documentary, “Hoxsey: The Quack Who Cured Cancer - How The AMA & FDA Shut Down 17 Cancer Clinics” below:

The salves used to treat melanomas have come under attack despite extensive case histories showing effect in large numbers of people. It is ironic that today there are headlines in the newspapers claiming “a world first” for melanoma skin cancer patients treated with a genetically modified (GM) herpes virus who had “improved survival prospects”. The fact that this research involves GM technology and the NHS Royal Marsden Hospital probably is a major reason that the headline has been made. This is quite at odds with a salve made from natural product extracts that cannot be patented.

There is a long list of others offering alternative treatments, including Dr Nicholas Gonzalez who discusses the extraordinary pressures he has faced in delivering these treatments to cancer patients in an interview with Dr Joe Mercola. One of the biggest obstacles has been research and publication of results. Even the previous head of Sloan Kettering, Dr Robert Good, who became Dr Gonzalez’s mentor, found it impossible to publish papers that showed promising results with alternative treatments.

The fact remains, if it is not possible to investigate and publish results, make them available to the medical research and scientific community, as well as to the public, how can the public discriminate between those methods that might help them, versus those that are bogus? There is no doubt that many treatments presently regarded as bogus by the orthodox cancer establishment, hold promise; there are thousands who have benefited from such treatments.

But, until we see a sea change in how promising research or clinical experience is appraised and communicated, the public will be left none the wiser, other than from what they can deduce from friends, family members or others that have had positive experiences.

If conventional cancer treatment was in the main more effective, and less damaging to the body, none of this resistance to research or discussion about alternative treatments would exist. Cancer survival rates remain highly variable, with stomach, brain, oesophageal, lung and pancreatic cancers exhibiting survival rates, with orthodox treatment, of less than 20%.

If we only accept medical treatments on the basis that randomised controlled trials have proven efficacy, we will wait a very long time. That was the inspiration behind the Medical Innovation Bill, the brainchild of advertising magnate Maurice Saatchi, who lost his wife to cancer and witnessed conventional treatment, which he described as “barbaric and ineffectual”. Unfortunately, the bill has now stalled. As Prof David Walker has indicated, “There will never be enough trials, they take years, and in any event there are rarely trials for less common diseases. There just aren’t enough patients.”

The status quo, with respect to the chasm that divides approaches to conventional and so-called alternative or integrative treatments for cancer, does not serve the public.

There are a few priorities that are already part and parcel of what we at the ANH – and others — are deeply engaged with. These include: