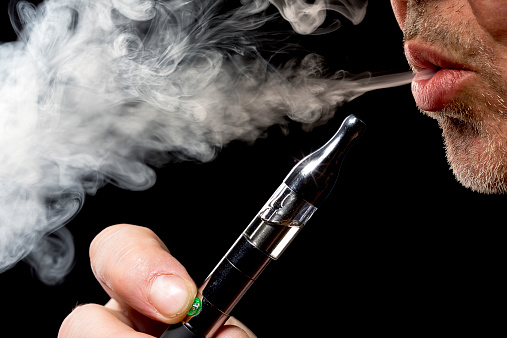 e-cigs and &lsquo;vaping&rsquo; have become trendy alternatives to smoking, but few reliable data exist on the potential health risk of long-term use

An uncontrolled experiment with consumers? 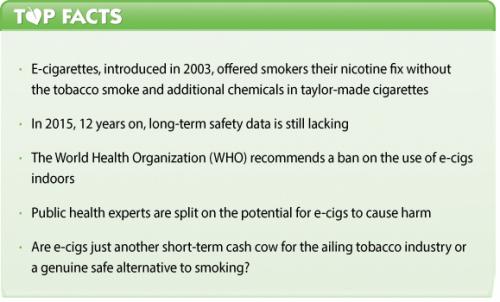 Professor of public health and policy at Liverpool University's Institute of Psychology, Health and Society, Simon Capewell, argues that e-cigarettes help to “glamorise and renormalise smoking”. Although many agree with him, overall the public health community is divided on this topic. A study published by the National Center for Biotechnology Information concludes, “ECs [Electronic Cigarettes] represent a historical opportunity to save millions of lives and significantly reduce the burden of smoking-related diseases worldwide.” The study does concede to the fact that some residual risks may be present with e-cig use and “some toxic chemicals are released in the EC vapor” but adds that their “levels are substantially lower compared with tobacco smoke.” So basically they believe that, compared with the devastating consequences of smoking, it is the lesser of two evils, and “any risk should be estimated relative to the risk of continuing or relapsing back to smoking and the low efficacy of currently approved medications for smoking cessation should be taken into consideration.”