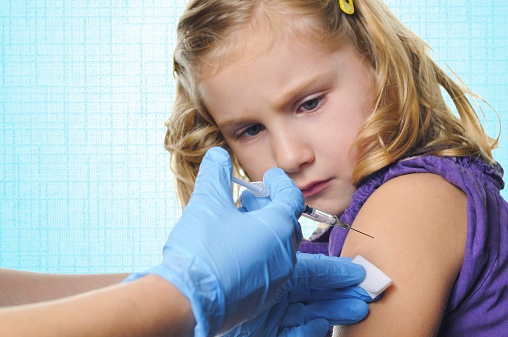 ANH&rsquo;s Rob Verkerk looks closer at recent developments on the HPV vaccine issue in Denmark and Japan as a predictor to see how this may affect the UK

Today one of the comments posted below the petition by the UK Association of HPV Vaccine Injured Daughters (AHVID) appealing to the Scottish Government to investigate safety of the HPV vaccine, reads as follows:

"My 19 year old daughter passed away after receiving the HPV series Gardasil ... her immune system attacked itself ... July 15, 2012 was the hardest day of our lives when we let our daughter go..."

Another, from Dr Renate Klein, states: “The HPV vaccines have brought so much misery to so many families around the globe that they need urgent attention. I commend the Scottish Government to investigate these unnecessary and dangerous vaccines. 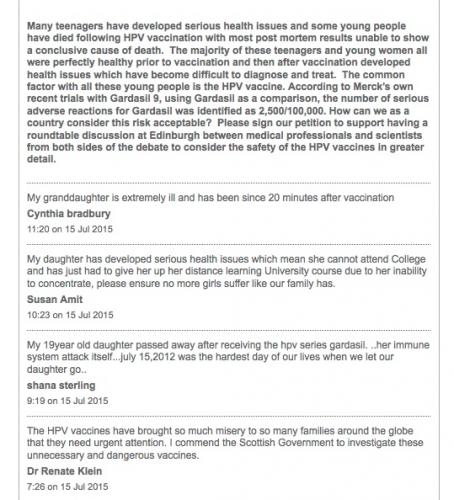 The answers provided by the Government show no desire to shift its position, arguing still that the vaccine, in conclusion, is both safe and effective. We argue, along with other scientists, that neither safety nor effectiveness has been established. The UK Government’s response to my letter recognises the adverse event rate is high, but it suggests that this might be the result of the high rate of vaccination (close to 90% of teenagers). It also uses the omnipresent ‘escape valve’, that there is no proof of a causal effect. While this is true, one cannot ignore temporal associations with a common cluster of symptoms that are increasingly being diagnosed as complex regional pain syndrome (CRPS), a chronic pain condition affecting the limbs, and postural orthostatic tachycardia syndrome (POTS), especially when there are many of them.

The NHS Choices website plays it tactfully, stating: “For isolated cases of other medical conditions reported, the available evidence at the moment does not suggest that vaccines caused these conditions. When risks of the HPV vaccines are weighed against the benefit of protection from cervical cancer and genital warts, for most people the benefit of the vaccine far outweighs the risk.”

Japan and Denmark are the two countries that have displayed the biggest movement against this issue.

In response to the observed association between the onset of symptoms among vaccinated Japanese girls, a number of Japanese academics have spoken out on the issue, both at conferences and through peer-reviewed journals.

Interestingly, the fact that the authors noted that these conditions associated with the HPV vaccine hadn’t been recorded in other parts of the world allowed the pro-vaccine lobby to sideline these views. That’s beginning to change now, especially in Denmark, and more recently the UK, thanks to the efforts of the Association of HPV Vaccine Injured Daughters (AHVID) and others.

Showing just how keen the drug companies are to re-engineer public support for the HPV vaccine, Merck offered “generous support” of a financial nature to the Center for Strategic and International Studies in Washington, DC to develop a strategy to counter the HPV vaccine naysayers. Published in April 2015, this report is about finding a way to re-instate Japanese Government recommendation for the vaccine and it marginalises the Japanese medical community that has spoken out against the vaccine.

In Denmark the actions against the vaccine have been driven by a careful coordination between affected families, academics and documentary makers.

The documentary, "The Vaccined Girls" ("De vaccinerede piger") was broadcast in Denmark in March this year. It tells the story of the struggle faced by many girls that state they have been affected by the HPV vaccine. It’s a must-see 38-minute documentary complete with English subtitles.

Heading the charge academically is Dr Louise Brinth of the Frederiksberg Hospital in Denmark. Her research group published in the peer-reviewed journal Vaccine, in May 2015, found that 60% of girls developed POTS shortly after vaccination. Many of these girls suffer symptoms that continue for months if not years. In another article, published in the Danish Medical Journal in April, Dr Brinth and co-workers detailed the very high frequency of suspected adverse effects from the HPV vaccine, with POTS being found in over 40% of the vaccinated population studied. In a separate paper published in June this year in the International Journal of Vaccines and Vaccination, Dr Brinth’s group showed that common onset of symptoms following vaccination that relate to fatigue, fit with the current diagnostic criteria for chronic fatigue syndrome (CFS) and myalgic encephalomyelitis (ME).

Dr Brinth lectured on these very issues at the recent conference on ME/CFS and has helped those suffering with any of these disorders as well as help and health professionals to be much more aware of the possible association with the HPV vaccine.

At present the European Medicines Agency (EMA) is investigating the vaccine’s side effects. If the pressure from the petition persists and grows it is very likely that the Scottish Government will imminently pick up the issue as well.

We at ANH, are also working closely on this issue - analysing data and working with families that have daughters, which reported the onset of debilitating syndromes post-vaccination.

A distrust of government messaging regarding these issues appears to be building rapidly. It echoes other cases that remain fresh in the public minds, such as that of the drug Seroxat and many others like it that are now known to be far from safe.

Presently, the three most important actions that can be taken by the community are: