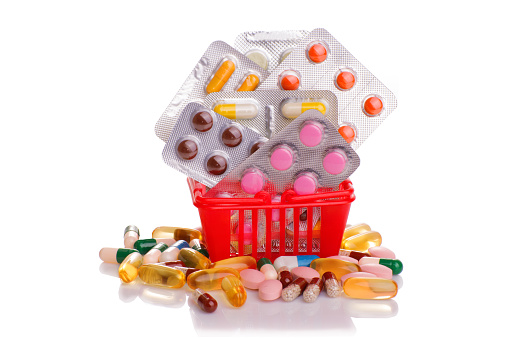 Describing the pharmaceutical industry as one of the greatest risks to society sounds fanciful or the stuff of conspiracy theorists. But demonstrating it’s more theory than conspiracy are the following facts:

While the World Health Organization (WHO) is sometimes upheld as party to pharma’s domination, the above facts come directly from the WHO itself.

The WHO first expressed its alleged concern over pharma’s pressure to maintain sales back in 1993, saying it represents “an inherent conflict of interest between the legitimate business goals of manufacturers and the social, medical and economic needs of providers and the public to select and use drugs in the most rational way”.

In light of this, to make various key points about the pharmaceutical industry, with its deeply embedded conficts of interest, we are supporting these points with figures and graphics, rather than words. We’ve derived the figures from Forbes, Deloitte, Statista, the statistics portal that evaluates data and studies from over 18,000 sources.

1. The pharmaceutical industry is the most profitable industry on Earth 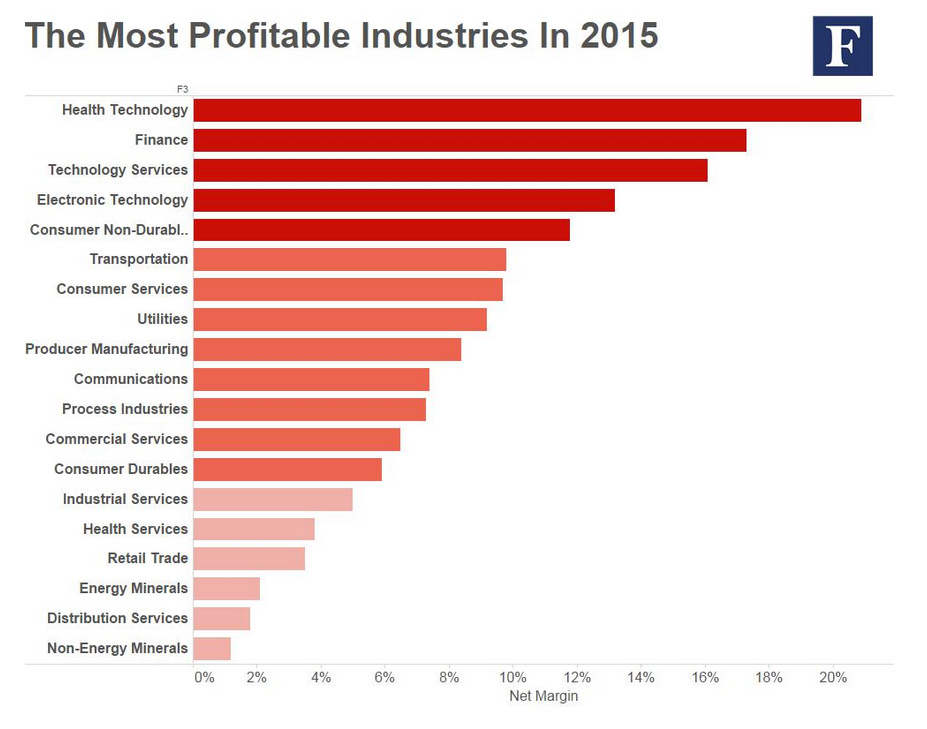 Figure 1: The most profitable industries in 2015. (Source: Forbes).

2. Global sales of pharmaceuticals expected to exceed US$1.6 trillion in 2016, although relative rate of sales growth is declining, especially in 'developed'/industrialised countries 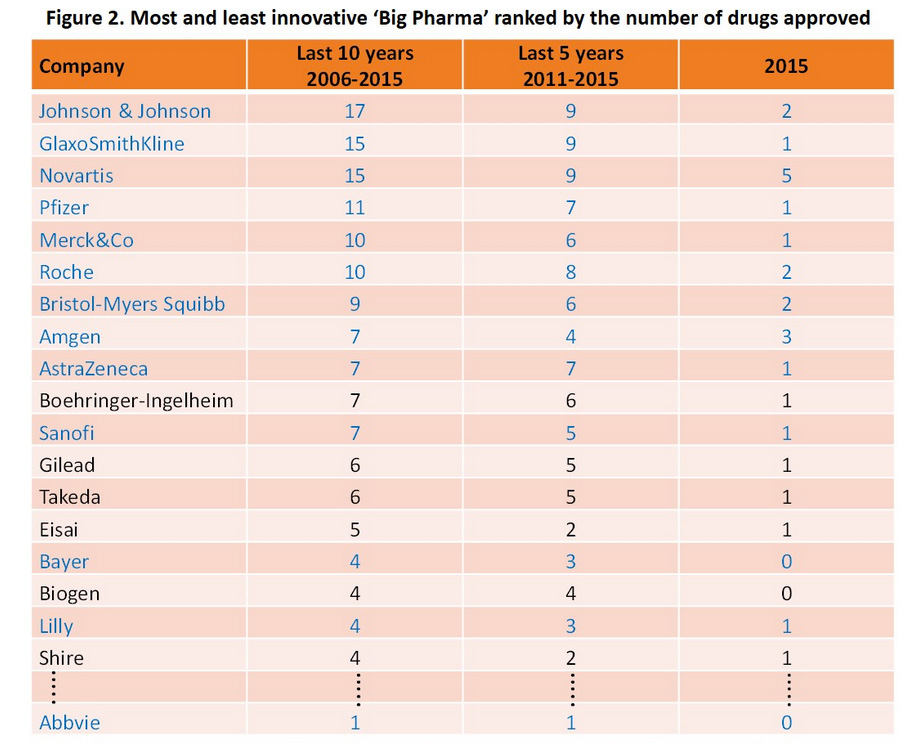 Figure 3. Most and least innovative ‘Big Pharma’ companies ranked according to number of drugs approved by FDA. (Source: Forbes) 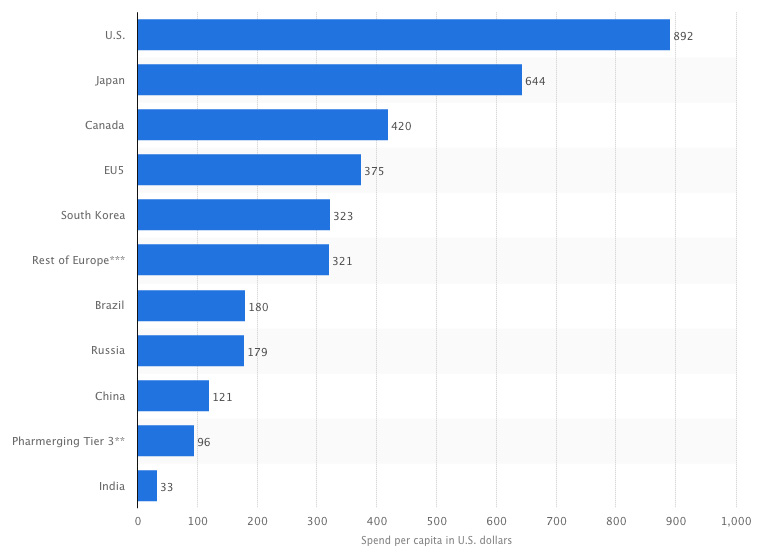 Figure 4. Annual pharmaceutical spend per capita in selected countries and regions projected in 2016 (in US$) (Source: Statista)

5. Many of the world’s top-selling drugs are now biologics 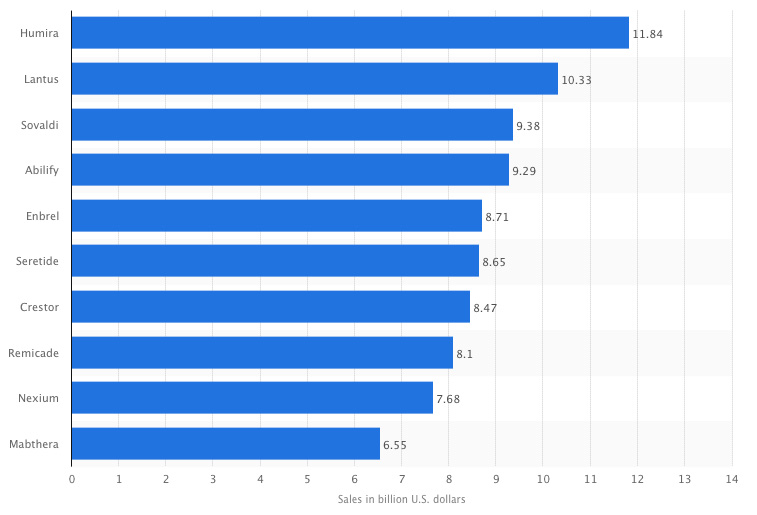 6. Among the top 10 selling classes of drugs are several with very low rates of effectiveness 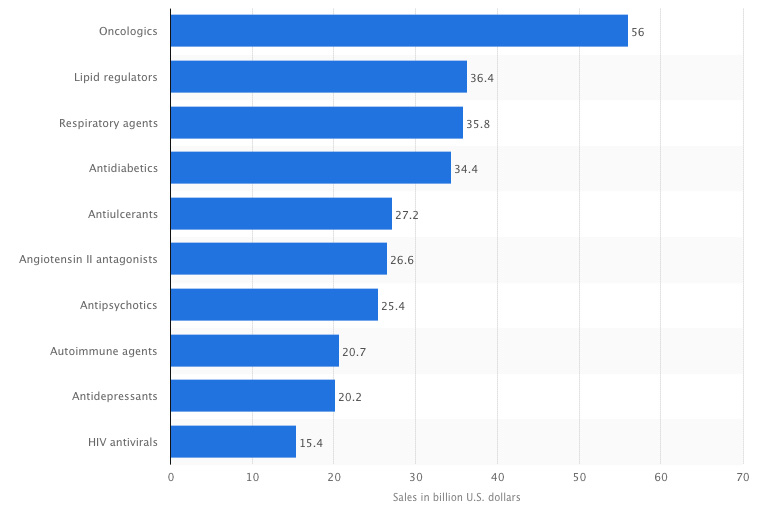 Figure 6. Top 10 pharmaceutical therapeutic classes worldwide in 2010 by sales (in billions of US$) (Source: Statista).

7. Sales of oncologics and antidiabetic drugs are increasing markedly year on year, despite no significant breakthrough in the drugs’ ability to cure the target diseases 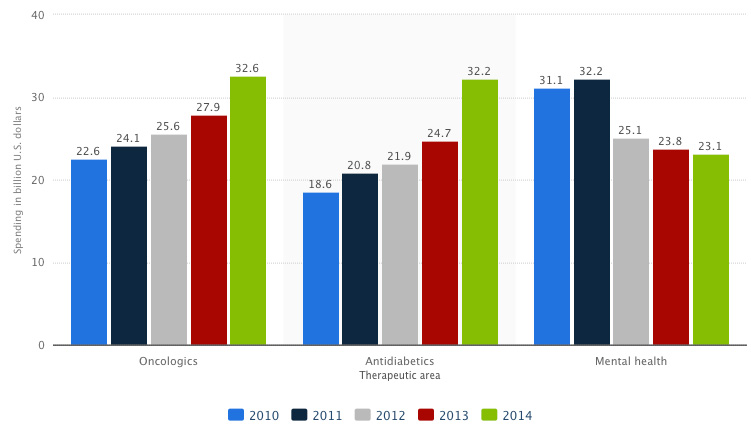 8. We’re not yet over the ‘patent cliff’: patents on over 150 major drugs will expire in the next 5 years, with US$37 billion of prescription drugs at risk from patent expiration in 2018 alone 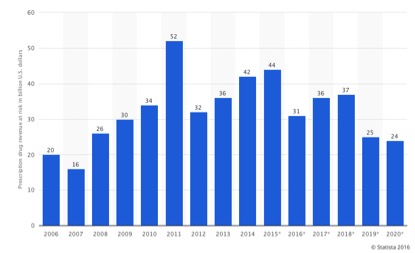 Figure 8. Worldwide total prescription drug revenue at risk from patent expiration from 2006 to 2020 (in billions of US$) (Source: Statista).

What can we conclude?

There are several important conclusions we can draw. These include:

One thing is sure; the notion that the typical doctor, trained in orthodox medicine, will reach for a diet and lifestyle solution, or an unpatented natural medicine, as a means of helping prevent or treat his or her patients is some way off. What has happened instead, is more and more people will be prescribed lower cost, generic drugs for common conditions. For more complex conditions, such as autoimmune diseases or cancer, patients will be lured towards very expensive biologics. The question will increasingly become: who pays? Inequalities in healthcare will be compounded more than they are already.

That’s good reason why it's so crucial to get the word out on how so many diseases can be managed by natural means, including through diet and lifestyle modification and judicious use of particular natural products. And that’s why ANH exists. We are passionate about protecting our right to access these approaches, as well as promoting increased adoption of these natural and sustainable approaches to healthcare worldwide. Please support us in any way you can.