Last night, a group of around 50 passionate leaders from the fields of natural health and alternative and complementary medicine, filed into the Thatcher Room at Portcullis House, Westminster. In a meeting of the All-Party Parliamentary Group on Integrated Healthcare, chaired by David Tredinnick, MP for Bosworth, a plan was hatched that aims to bring a sea of change to healthcare in the wake of Britain's exit from the European Union.

ANH International’s executive & scientific director, Rob Verkerk PhD, led the charge with an insightful presentation, focusing on the massive positives - while being mindful of potential pitfalls - that arise as Britain begins to navigate the uncertain waters of Brexit.

It was these issues that the assembled had come to ponder. Would Brexit bring new opportunities for better integration of health care services? Would cutting the knot with the EU improve or reduce patient choice - or make alternative approaches to healthcare less or more accessible to the British public? How much of the recent challenges faced in natural health have been linked to the EU - and how much is down to bean-counting zealots working in isolation within government bureaucracies? Ultimately, the parliamentary group was intent on exploring whether or not Brexit would finally put choice back into the hands of citizens, and once and for all shun the shackles of restrictive and absurd EU regulations on natural, traditional and homeopathic medicines. It was clear by the end of Dr Verkerk's presentation and the discussion that followed that action must be taken – without delay.

With those in attendance ranging from representatives of professional organisations such as the National Institute of Medical Herbalists (NIMH), Alliance of Registered Homeopaths (ARH) and the Chinese Medical Institute and Register (CMIR), it was empowering to experience a unified front. It was agreed that David Tredinnick, Dr Verkerk and a select group of experts would appeal directly to the Rt Hon David Davis MP – Secretary of State for Exiting the European Union (Brexit Secretary) - to take on board key recommendations. A position paper would be drawn up by Dr Verkerk and the working group to define the issues and opportunities clearly.

With an engaged public and grassroots pushing the agenda hard to ensure it has a full array of healthcare choices available to it, there would be a real opportunity for British citizens to achieve a much higher quality of life while also taking massive pressure off the overtaxed, creaking system that is the NHS. As David Tredinnick commented, this is a ‘critical time’, and a ‘major moment in British history’ – a true testament that, whatever the result, there had not been a time in living memory where sweeping reforms that would directly benefit people rather than just businesses should be brought to bear!

While the meeting was widely acknowledged as a great success, there was also recognition that most of the real work was still to come. Exiting the room, past the ever-watchful eyes of Margaret Thatcher’s portrait, one conclusion sat steadily in the minds of all who had been present: a solution appeared closer than ever before, and this time pharmaceuticals as we know them would be unlikely to get the upper hand. 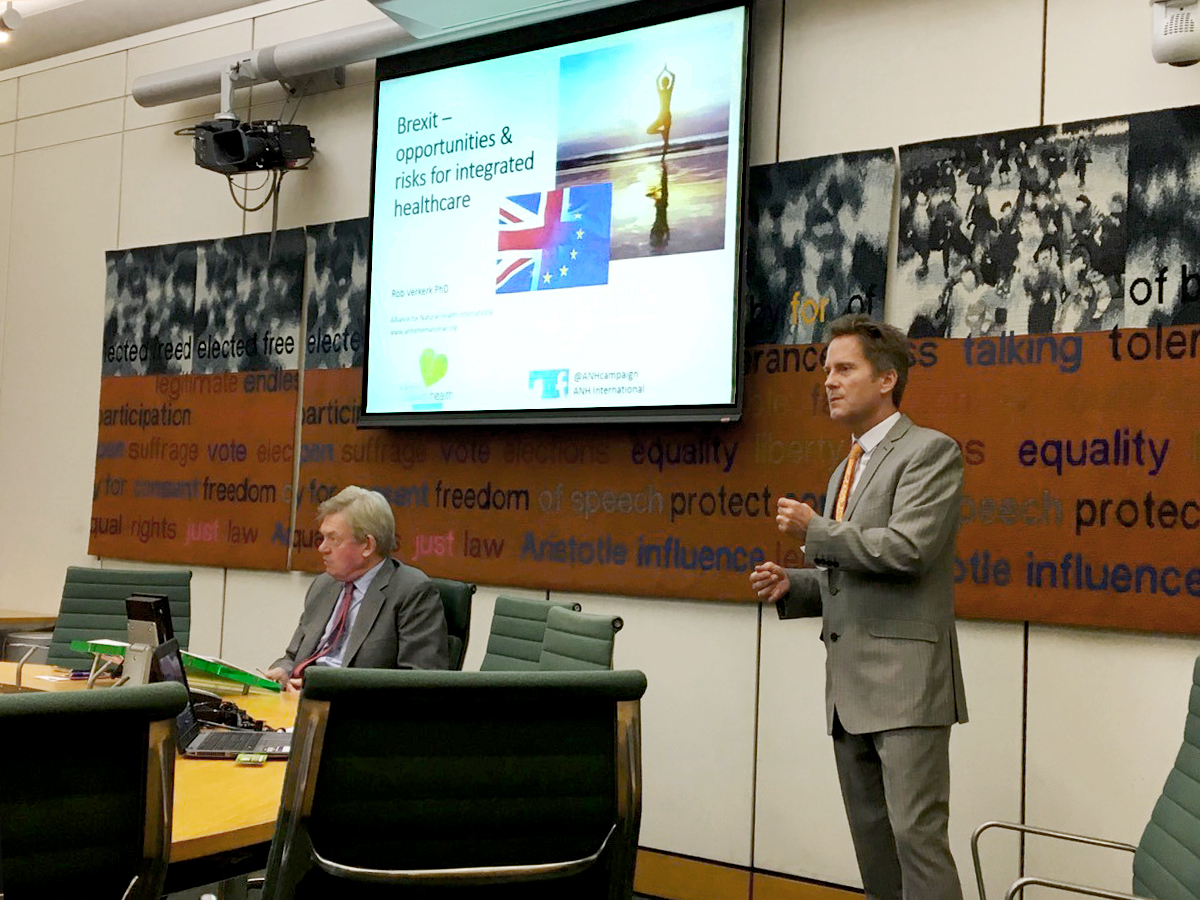 Click below for a full PDF copy of Dr Verkerk's presentation at APPGIH: 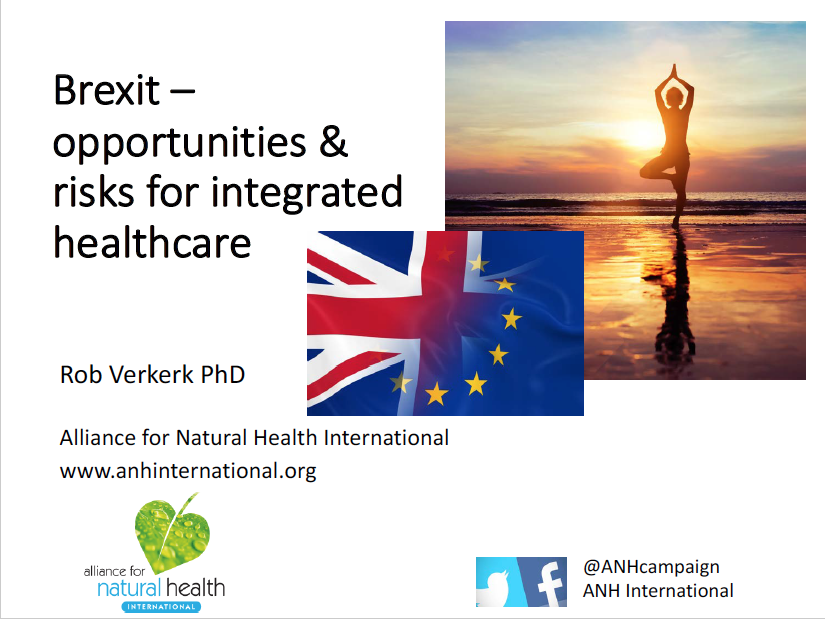 And here to view the official ANH International Press Release following the event: 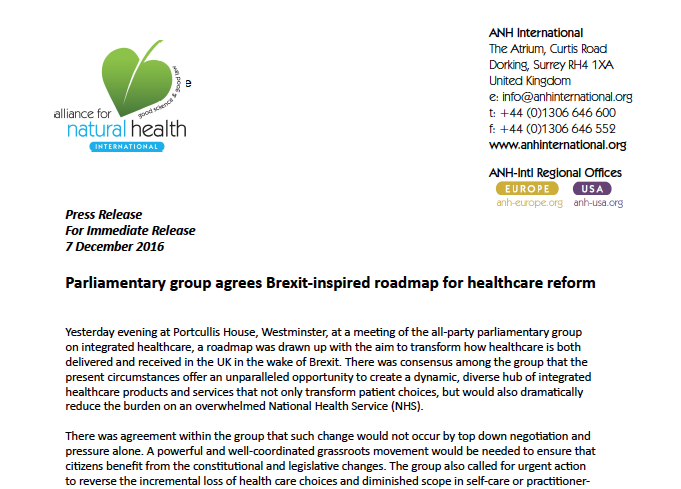