Is the BBC living up to its British Bullying Corporation acronym in dissing gluten freedom?

BBC2’s Horizon programme has been exploring scientific issues that affect the British populous for over half a century. In 1972, it exposed the use of whale meat in pet food. As time has marched on, when it comes to controversial issues such as MMR jabs, or grain-free eating for that matter, Horizon has increasingly become a mouthpiece for ‘the establishment’. Mind you, given the political changes of the last few months in the US and the UK, we’re probably a little less certain what ‘the establishment’ really means. Last week, BBC Horizon initiated a healthy eating offensive with its ‘Clean Eating – the Dirty Truth’ documentary. It sounds incongruous, doesn’t it? Especially given we have an unprecedented explosion of obesity, type 2 diabetes and related conditions for which the only known cure is a change in diet and lifestyle. Not a single pill, potion or other remedy courtesy of the $1 trillion pharmaceutical industry comes close.

On the night of the show, Zoë Harcombe PhD, researcher, author and blogger on matters of diet and health, issued a stinging blog showing up some of the serious misrepresentations and biases in the programme. The great news is that Zoë’s blog’s been shared widely, including by us. Given the show’s title, we all knew when we turned on our TVs last Thursday night we wouldn’t be winding down to acquire some new kitchen skills or recipe ideas. Like Zoë, we too had barely come across the ‘clean eating’ term. Somehow ‘clean’ conjures up images of sterile food with a chlorine after-taste, rather than the wholesome, diverse, largely unprocessed, healthy eating approach it’s intended to reflect, but its clear it’s being used more widely in the US.

“Imagine if you could become not just healthy but healthier by eating fresh, natural ingredients. This is the promise of the growing ‘clean eating’ movement….’Clean’ is a totally new approach to food driven by social media.”

Surely social media is not the real driver. That’s demand. Social media is just one of the vehicle’s for delivery of information. But looking at what Dr Yeo calls the ‘promise’ (bear in mind there is no contract with the public, just a choice for those who want it), Dr Yeo didn’t even begin to tackle the issue. He didn’t interview a single clinician with experience in helping patients switch to largely unprocessed, nutrient dense foods, he didn’t mention anything about non-coeliac gluten sensitivity, he didn’t touch on issues of macronutrient combinations and processing. He also ignored the growing evidence of the greater bioactivity of key signalling compounds in fresh produce and any published evidence of clinical benefits of what Yeo called ‘clean eating’.

Deliciously Ella, the Hemsley sisters and Natasha Corrett were singled out as the gang leaders of the ‘clean eating’ movement. But rather than being portrayed as the ‘bad gals’, how about giving them recognition for their public health contribution? Many people are looking for help in their search for interesting and inspiring ways to make healthy food from scratch around a healthy lifestyle. That’s what gurus offer. The NHS certainly isn’t doing it, and the growing ranks of celebrity chefs are less focused on practical solutions for people at home. A gap was there to be filled.

The healthy social media following (>1.5 million in the UK alone) and book sales (a string of bestsellers in the cookbook space) are markers of the success of Ella Mills and co. Historically, we’ve venerated such individuals for their success. Think Jamie Oliver or Gordon Ramsay from Britain, or Tom Colicchio or Anthony Bourdain from the US. Has society deemed it’s OK for them as they’re all men, a bit older – and less easy on the eye? Surely not. As for suggesting health benefits, there’s nothing new in that. This was central to Jamie’s school dinners campaign which he’s now admitted failed because healthy eating, he feels, is viewed as an indulgence of the middle classes. Possibly – and no one is suggesting there isn’t a lot more work to be done in reaching less privileged people with tight budgets.

The centrepiece of the show was an attack on gluten freedom. Going gluten free is a common theme that increasingly runs through the ‘healthy eating’ recipes. In a spat of very low-brow journalism, the show managed to link the author of the New York Times no 1 bestseller, ‘Wheat Belly’, Bill Davis MD, with naturopathic practitioner Robert Young, author of the ‘pH Miracle’ which espouses alkalising diets. Dr Davis is a qualified medical doctor and cardiologist who has witnessed large numbers of people benefitting from gluten exclusion. He’s in touch with the emerging and supporting science even if Dr Yeo (and his autoimmune researcher wife) appeared not to be. Young, by contrast, has been convicted for practicing medicine at his pH Miracle ranch without a license and faces additional charges. Chalk and cheese, you could say – or a deliberate attempt to tarnish Dr Davis. 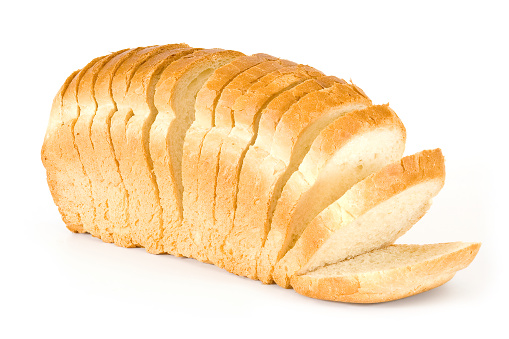 The show then moves to the labs of Dr Alessio Fasano MD, the widely acknowledged world expert on gluten-related disorders and director at the Center for Celiac Research and Treatment at Massachusetts General Hospital. Thinking now that we’re moving away from the troubled waters of alkaline diets and cancer treatments with bicarbonate of soda, we waited eagerly for a segment in which Fasano would convince viewers that the basic premise of eating healthy without gluten, as advocated by the ‘clean eating gurus’, was scientifically sound.

Given the current state of the art of video and sound editing — and biased journalism, that wasn’t what happened. Fasano was quoted as saying that gluten was only a problem for those with underlying genetic predisposition, imbalanced gut microbes, faulty immune systems and leaky guts. He was never asked about the frequency of these comorbidities in the population. The viewer was left thinking, “Wow, there can’t be many people with all those 4 things wrong with them”. Horizon, like all gluten apologists, failed to stitch together the intimate linkage between these four factors – and that’s something we deal with in our second story this week. For a programme with a history of uncovering scientific revelations, it’s disappointing, but increasingly predictable, that Horizon didn’t see fit to spell out that going gluten free, and substituting refined carbs for complex carbs with nutrient dense, fibre-rich vegetables in particular, has a rapidly expanding scientific basis.

Did the researcher’s at Horizon read Dr Fasano’s book, ‘Gluten Freedom’ (2014, Wiley), before developing their case? If they did, they were either more interested in rankings or nothing much sank in. Instead of bullying the health bloggers and dissing the vehicle of social media, Horizon could also have contemplated that the growing fan bases of Deliciously Ella, the Hemsley sisters, Amelia Freer and others like them might be in some way related to their respective popularity. That popularity might in turn have something to do with people feeling better when they eat and live like that.

Dare we ask….Could it just be that millions out there are enjoying the benefits of going gluten-free without having to resign themselves to eating the gluten-free, cardboard-tasting offerings from Big Food? It’s a choice, not a dogma, unless you choose to make it one. For more information about the scientific justification for going gluten-free, check out our Food4Health guidelines and our more detailed, scientific justification for going gluten free also released this week.