Home News Vaccination vs natural immunity – can you make an informed choice? 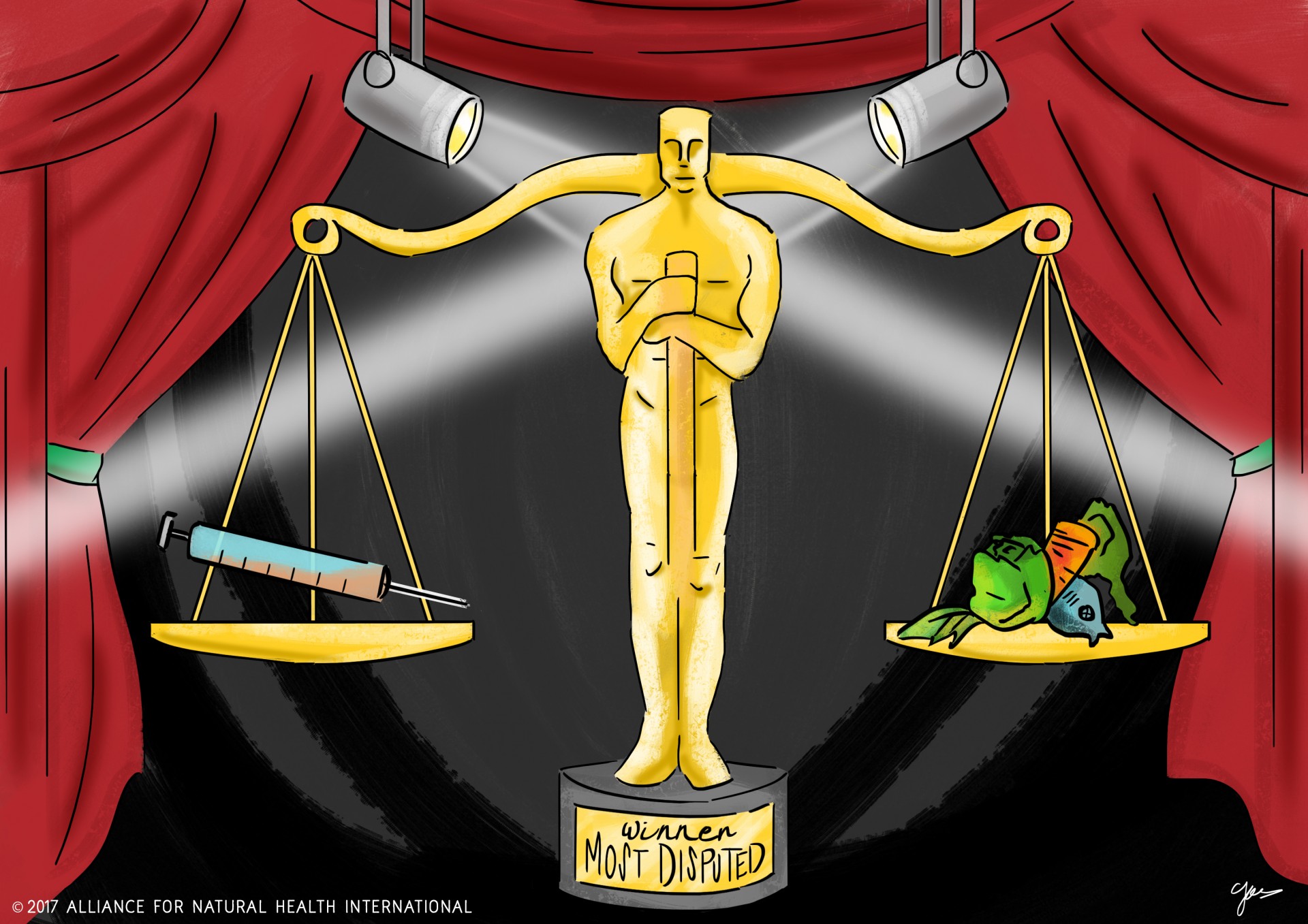 Vaccination vs natural immunity – can you make an informed choice?

With parents facing the dilemma of whether or not to subject their children to the full vaccination schedule, what alternatives are available?

Kids and parents who don’t follow national guidelines for vaccination are becoming increasingly stigmatised. Parents on both sides of the vaccination divide believe they’re doing the best for their kids. In California, some vaccinations are required for a child to attend school while in Australia the ‘No jab, No pay’ rule means parents don’t get benefits if their kids are not fully vaccinated.

Governments claim vaccines to be both ‘safe’ and ‘effective’, despite often weak, misrepresented, manipulated or non-existent evidence. The US National Vaccine Injury Compensation payout of US$3.5 billion to vaccine damaged children over the 28 years since the program was established is evidence that vaccines can do considerable harm.

Obscuring any evidence of a link is the primary driver for such vigorous challenges against those in authoritative positions who suggest vaccines may be risky. The UK General Medical Council (GMC) finding of professional misconduct against Dr Andrew Wakefield after he and his 12 co-authors highlighted the possible association between the MMR vaccine and gastro-intestinal diseases remains one of the most prominent cases.

Much less well publicised is that the senior author on Wakefield’s subsequently retracted 1998 Lancet paper, Prof John Walker-Smith, who also had his medical license revoked after the GMC hearing, was completely exonerated of all charges in 2012 following his High Court appeal.

Lack of informed choice happens because of a huge imbalance in the information made available to consenting parents around the time that vaccinations are offered. By looking at a small part of this huge and complicated area, notably infection by the measles virus and the MMR vaccine, we provide below an example of how parents are pushed down the vaccination route, without being given adequate alternative options to help them best protect their children.

All countries within the European Union offer vaccinations to children against measles, mumps and rubella in the second year of a child’s life.

In the UK, vaccination rates for MMR have been high (ca. 90%) since the introduction of the triple MMR vaccine in 1988 (see figure below). This timing coincides with the time that autism rates rose dramatically, and a huge effort has been expended to quash any suggestion of a causal link. The main reason there is such an international, government and pro-pharma effort to shut down showings of Vaxxed is precisely because the documentary shows that in the most important study to test for a link between autism and the MMR vaccine, the CDC manipulated data.

However, there was a distinct hiccup in the mid-2000s owing to concerns about MMR’s safety linked to publicity around Wakefield et al’s Lancet paper suggesting a possible link between MMR vaccination and bowel disease associated with autism.

In the UK, parents looking for evidence of effectiveness of the MMR vaccine, or those who ask this question of their doctors, are invariably drawn to the key figure that can be found on Paediatric Care Online (or one similar), excerpted below. 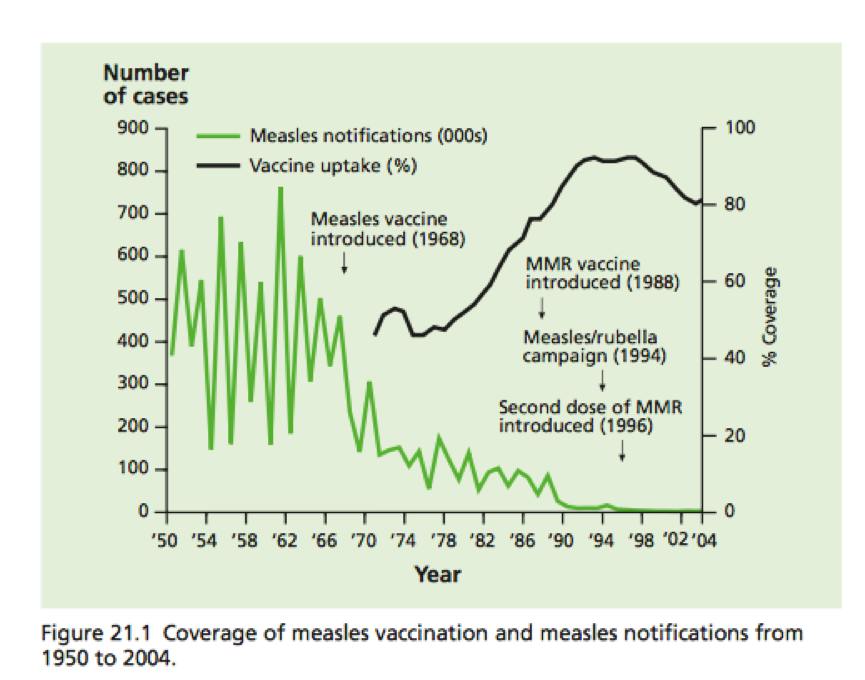 It’s a persuasive story. But we think it’s misleading to associate the vaccines so completely with the decline in measles infection rates. If you look at long-term trends, say going back to the start of the 20th century, measles (infection and associated mortality) was already in steep decline.

This is shown clearly by UK government data, as presented in the figure below. 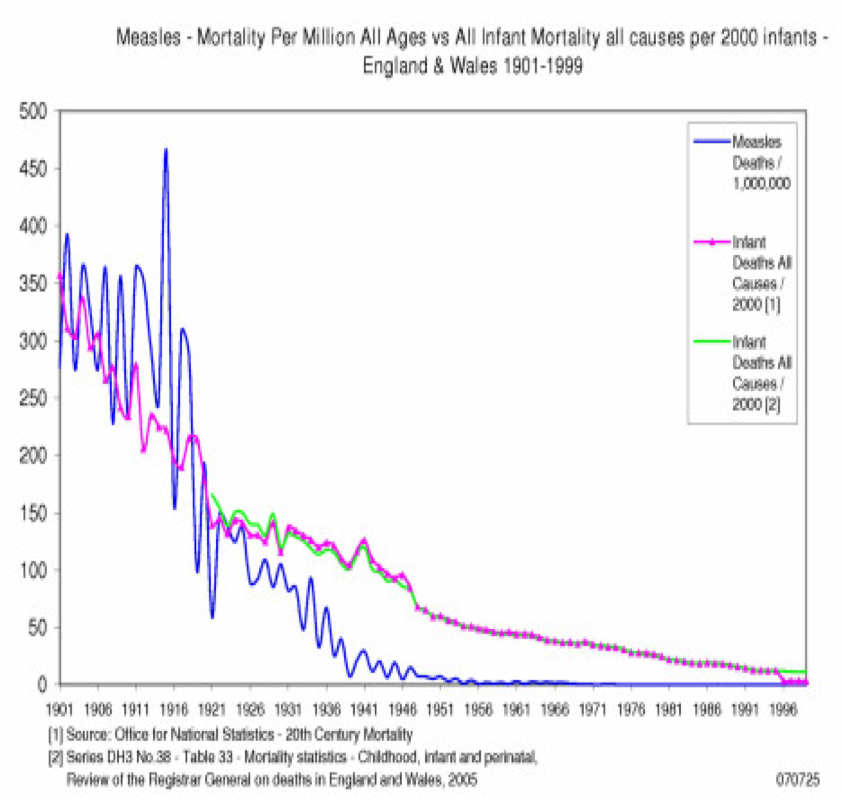 This data shows why the vaccine expert, Professor George Dick wrote in the British Medical Journal (BMJ) in 1980, “measles appeared to be becoming a trivial disease in a civil society. There is something to be said for allowing a mild “wild” measles virus to give natural life-long protection to a community and to offer vaccine selectively to those who are most vulnerable or who have escaped natural infection in the early years of childhood.”

And we shouldn’t of course ignore the all-important rise in autism, as shown in the following figure from the Age of Autism, that suggests that the rise cannot just be associated with improved diagnosis given the comparison with other conditions. 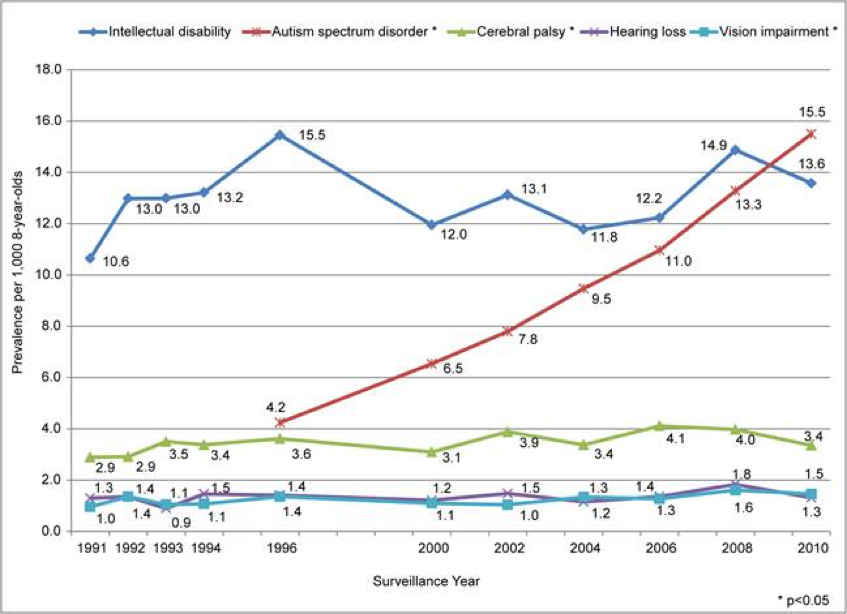 At ANH-Intl, we have long campaigned for informed vaccine choice. We are not anti-vaccine per se, but we believe those who choose to vaccinate should be given the necessary information to equip them with making decisions that are in the best interest of their children’s health.

Given the rapidly accumulating data on the effects of vaccines, antibiotics, birthing method as well as dietary and lifestyle patterns on immunity, it is perverse, in our view, that more comprehensive and relevant information is not given to parents who have concerns over the safety of vaccines.

While in most parts of the world, including in Europe, parents may choose to vaccinate or not vaccinate their children, no government or health authority yet provides information on enhancing a child’s immunity in the event that they should choose not to vaccinate.

More and more science points to the fact that children who are more exposed to microorganisms at a young age are less likely to mount an effective immune response following vaccination (i.e. ‘hygiene/microbiota hypothesis’), making vaccination less effective than in children who have been less exposed (e.g. born by caesarean section, those on repeat antibiotic prescriptions, or those who spend time predominantly indoors).

Additionally, health authorities, owing to their intimate tie-in with the vaccine and pharmaceutical industry – do not provide alternative strategies for vaccines that reduce the impact on the most precious and sensitive members of our society.

Below, you will find some recommendations, with links to some of the relevant science, for those who might choose not to vaccinate, or who wish to engage with a lighter or delayed vaccination schedule for their children. 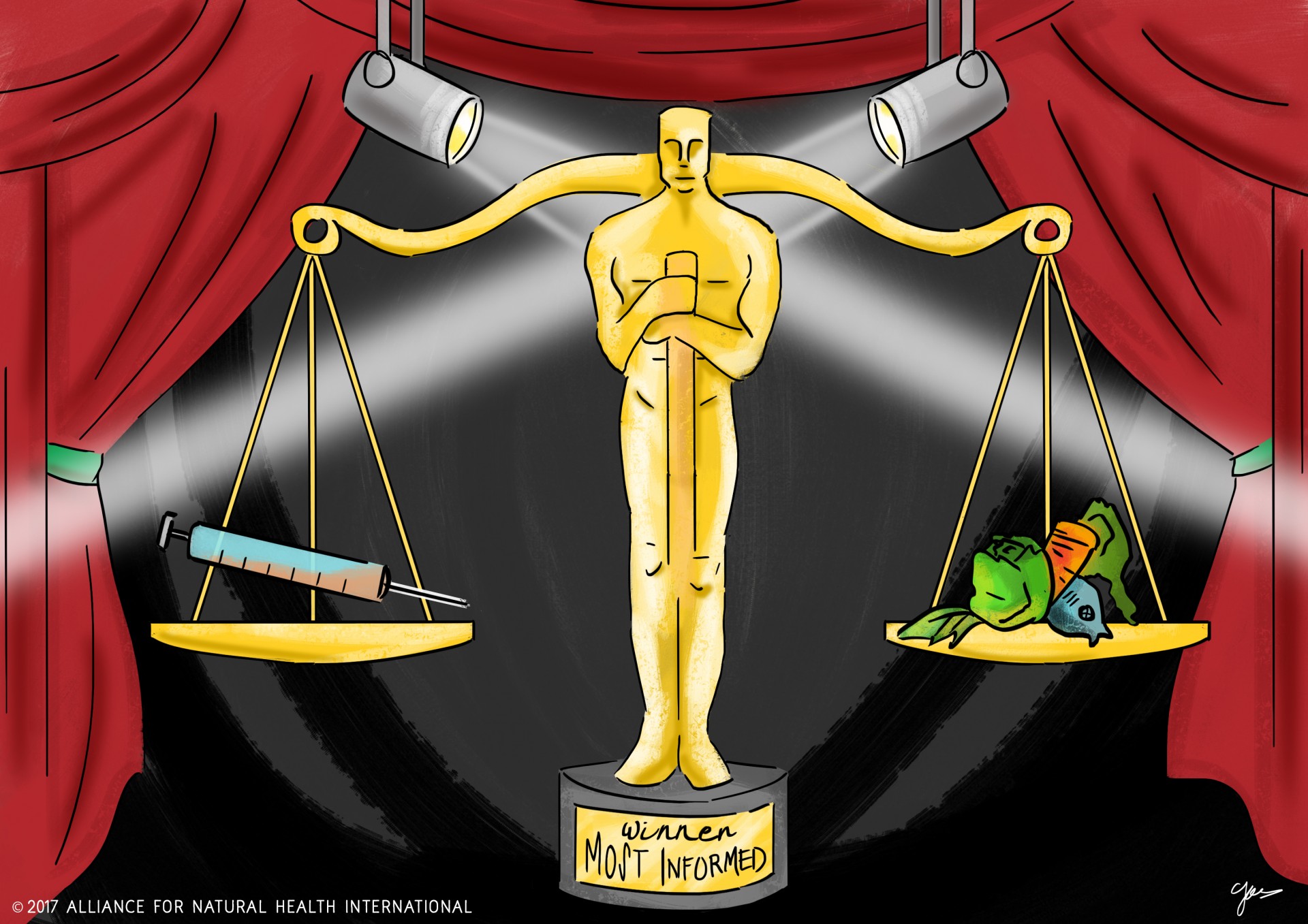