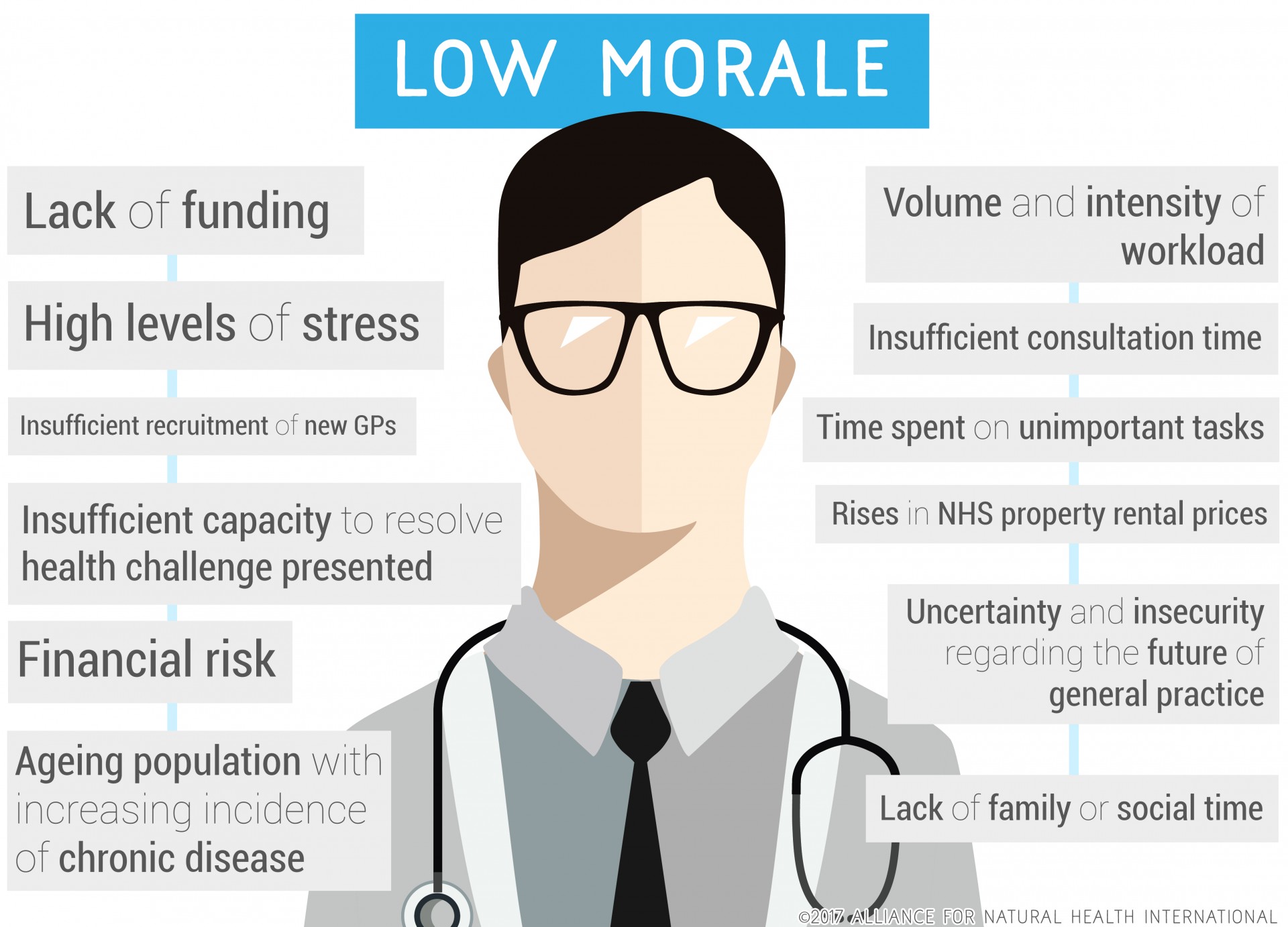 Some issues can’t be solved just by throwing money at them. One such issue is the GP crisis in the UK where around 150 GPs are quitting every month. Low morale and early retirement, coupled with insufficient GP recruitment by the UK Government, are forcing the UK’s healthcare system to its knees.

The British Medical Association (BMA) believes that Brexit might worsen the crisis further with “with almost half of the 10,000 EEA [European Economic Area] doctors working in the NHS considering leaving the UK because of the referendum result”. That is, unless the crisis is resolved. But does the Government plan, outlined in the GP Forward View report released last year, that includes increasing funding into primary care by £2.4 billion pa from 2020, really have what it takes to fix the problem? And if you feel like a laugh, check out what Essex GP Dr Tony Copperfield says about the GP Forward View being regarded as "world leading"...

Why GPs are leaving the NHS

The following infographic shows the main reasons why GPs are leaving the NHS at a rate of around 150 per month. It seems that the “jewel in the crown of the NHS”, described as such by none other than Jeremy Hunt, Secretary of State for Health, as recently as 2015, is fast fading.

A big part of the solution

Throwing money at GPs may address some of the issues. But, ultimately it depends what the money is spent on. Nowhere in any of the plans is there any real attempt to provide fundamental reform to deal with the embedded flaw in the delivery of orthodox medicine at the primary care level, which still centrally revolves around diagnosis of a condition and treatment of symptoms with pharmaceutical drugs. These problems are far from limited to the UK – they are a global phenomenon linked to the Western healthcare delivery model.

Among the changes that are needed are the following:

There are a multitude of other factors that need changing too, and these will be more fully considered in the White Paper we are presently developing for presentation to the UK Government given the opportunities and challenges presented by Brexit.

The overall approach will have application well beyond the shores of the UK.

If you’d like to offer solid, evidence-informed ideas about how the pressure might be taken off the primary care system – either in the UK or anywhere else – please email us at [email protected] with the subject line “GP crisis”. Thank you.