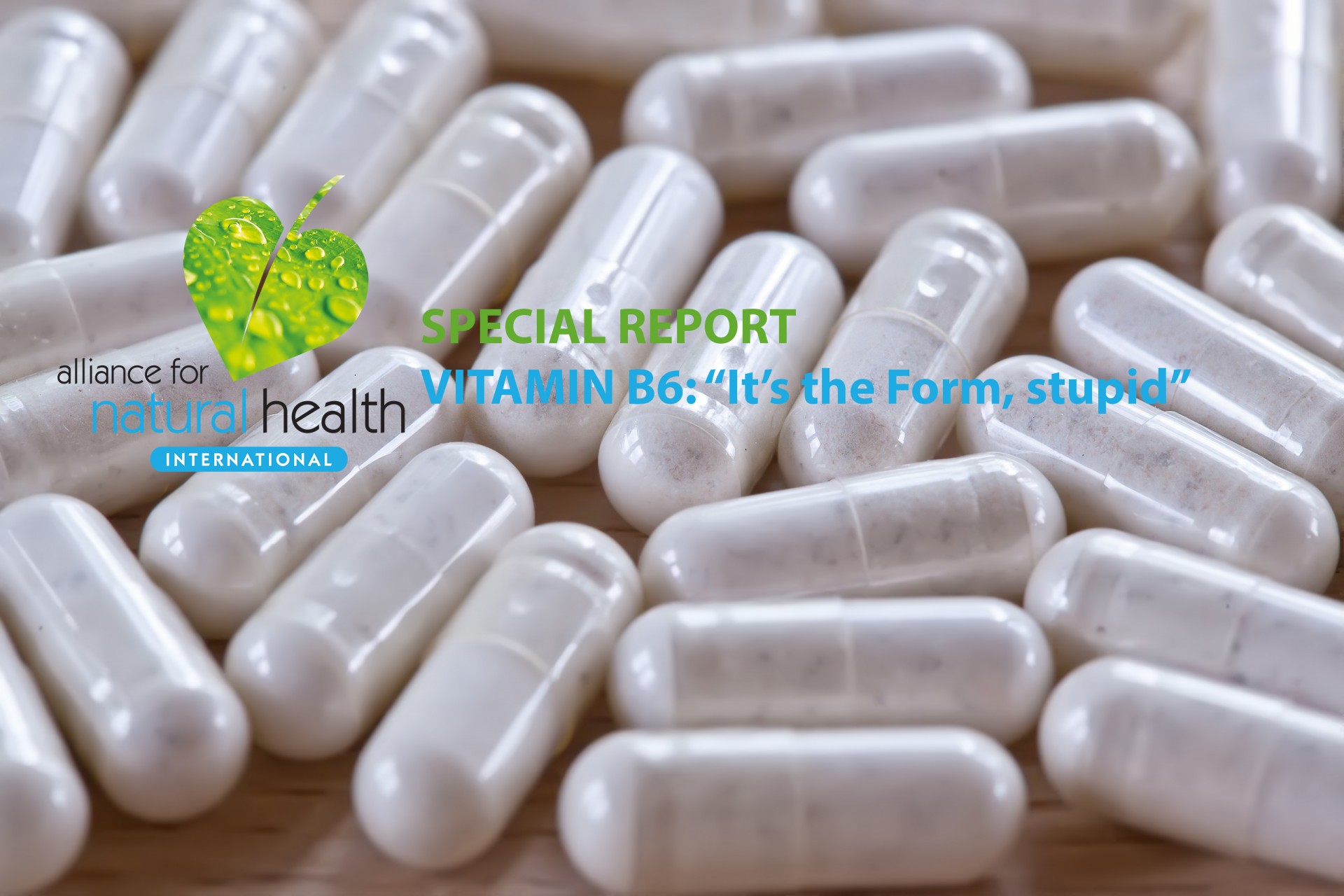 ANH-Intl Special Report: Vitamin B6 - "It's the Form, stupid"

The screws are really tightening on vitamin B6 in the EU. Other vitamins and minerals are likely to be next on the hit list, their future depending heavily on what happens to B6. National authorities have taken up the reigns given the European Commission’s decision to delay its planned harmonisation of maximum (and minimum) levels of vitamins and minerals in food supplements.

The knee-jerk restrictions in Sweden, Netherlands, Belgium and Italy, to name a few, are driven by a largely misplaced concern over the vitamin's potential to cause tingling, numbness and pain to the extremities of the body. This condition, referred to as peripheral neuropathy, has been occasionally reported, usually among people taking extremely high doses (usually more than 500mg per day) of a very limited number of forms of vitamin B6 for long periods of time (many months or years). It also reverses once the extreme high-dose supplementation has stopped. Compared with the number of high doses ingested, the condition is incredibly rare as a response to excessive intake of the pyridoxine forms of vitamin B6. What’s particularly interesting is that peripheral neuropathy is a lot more common in another group of people; those who are chronically deficient in vitamin B6.

In our special report you’ll find out why this very same adverse effect can occur in those whose intake of the pyridoxine form of the vitamin is excessive, on one hand, and inadequate, on the other.

Seminal to understanding this paradox is a paper just published by a research group at Maastricht University in Holland. The researchers have shown, from cell culture studies, that high doses of pyridoxine inhibit the activity of the metabolically active form, pyridoxal-5’-phosphate (P5P).

It now appears we have evidence of a mechanism that explains the paradox. The evidence also shows why P5P should escape regulatory limitation – and the evidence comes just months before Holland plans to limit vitamin B6 in all its forms to just 21 mg per day. This is so significant because the Netherlands has long been the EU’s bastion for high dose vitamins, including those imported from the USA. 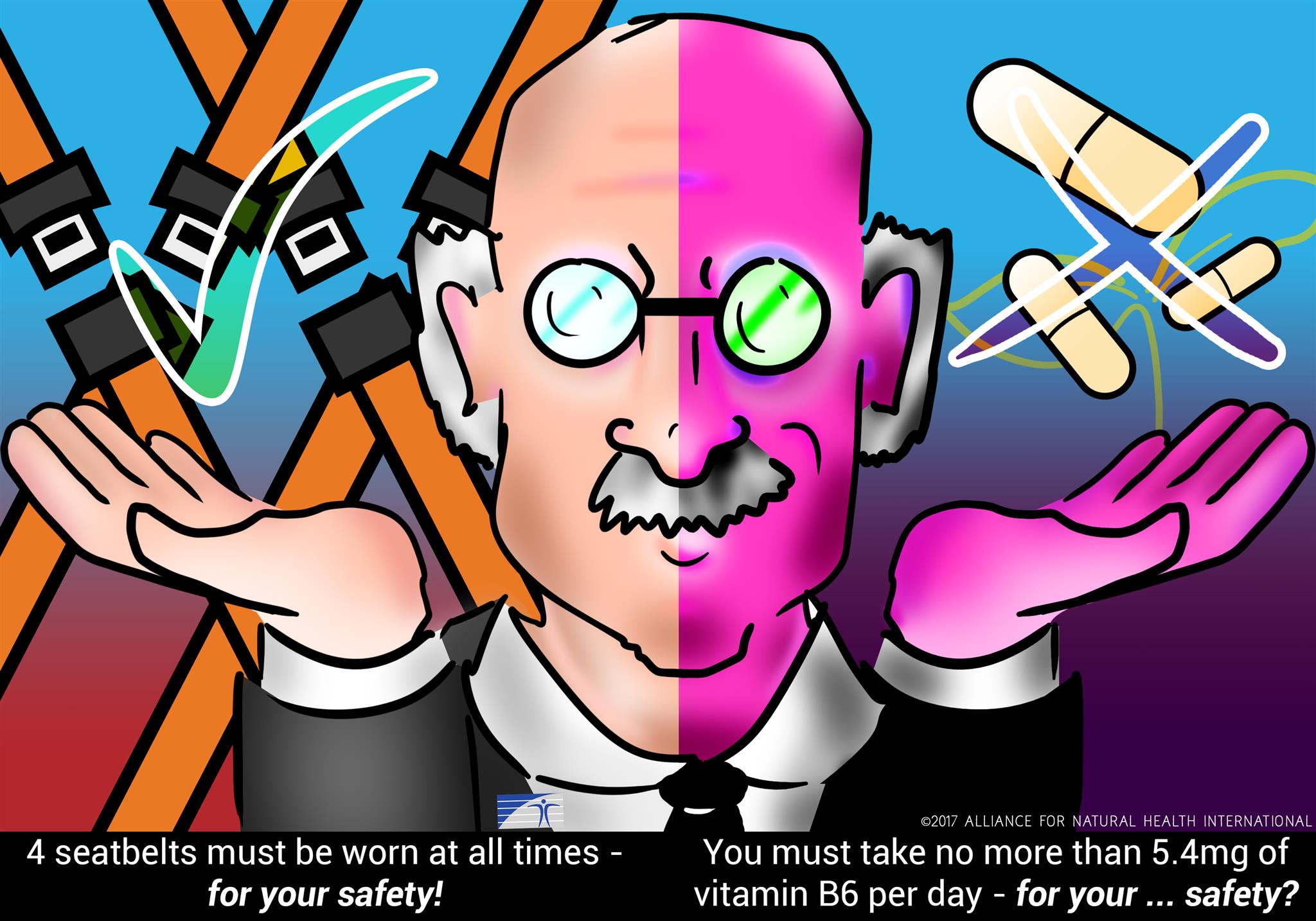 What do 4 seat belts and 30 mg of B6 have in common? Read our special report to find out!

Since regulators take no notice of the form of vitamin B6 in developing their regulations, restrictions on the forms that are not associated with any risk of adverse effects are disproportionate – and possibly illegal. That’s why 6 cases are currently awaiting judgment in the Swedish courts. Various companies have challenged the Swedish authorities’ efforts to remove vitamin B6 food supplements, especially those containing P5P, at dosages over 25 mg/day (i.e. above the misinformed EFSA ‘upper level’) from the shelves.

We’re close to being able to commission TNO in the Netherlands to conduct a risk/benefit assessment of vitamin B6 and niacin, another B vitamin that has been unfairly limited because of the characteristic (prostaglandin-mediated) flushing effect caused by the nicotinic acid form, despite doses above this having been demonstrated to be highly beneficial

If you’re interested in the EU’s vitamin wars, self-care with micronutrients, are a practitioner reliant on higher doses of micronutrients, or care about fundamental freedoms and rights, please digest our special report and share it widely.