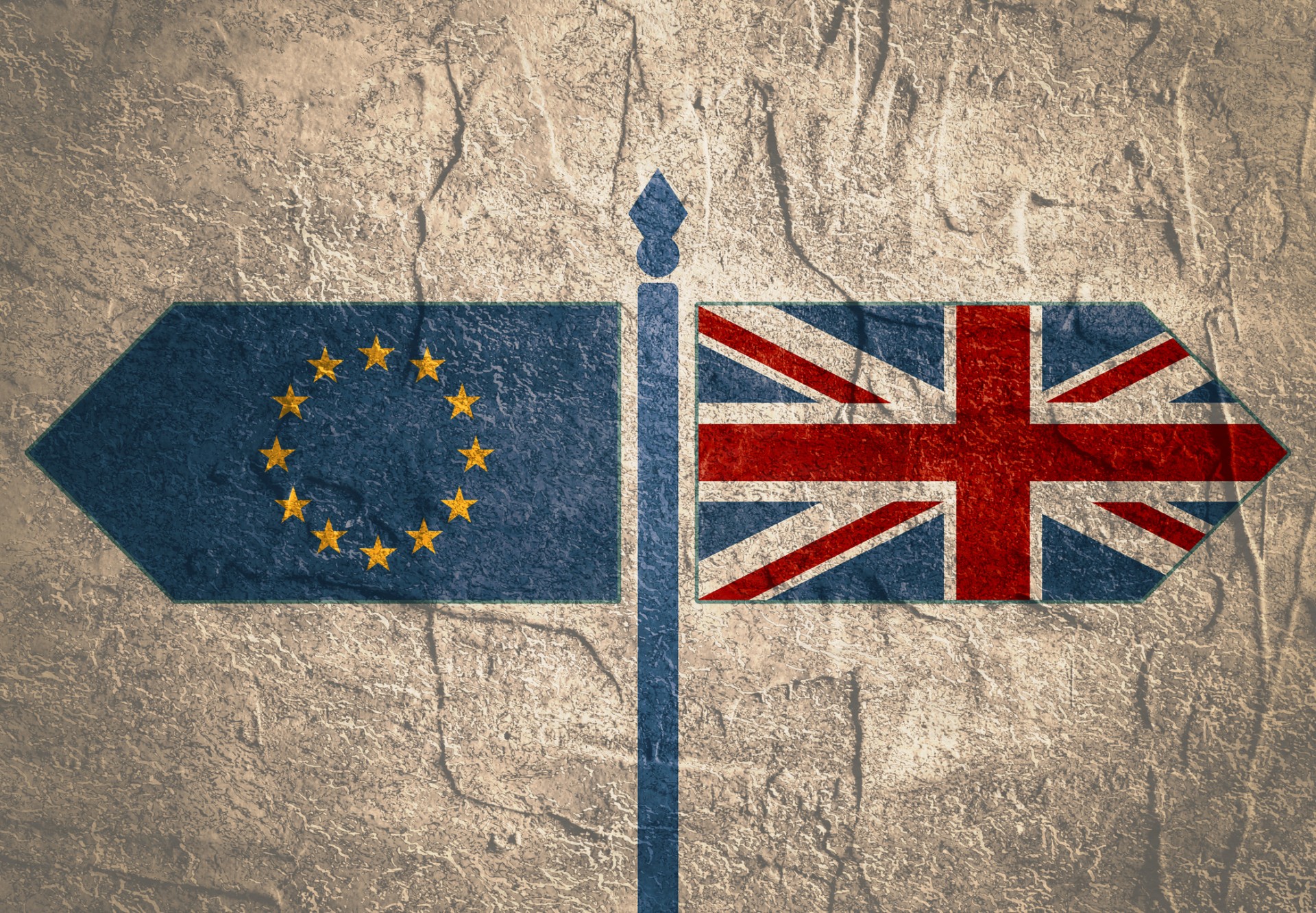 Deciphering Brexit for natural health, the economy and society

Are you as confused as most of the media on the subject? We attempt some unravelling of the 3 different faces of Brexits

Heated, uncertain and contentious, the UK’s Brexit negotiations have sat at the heart of British (and EU) politics since 2016’s referendum.

With amorphous terms from Soft to Hard, and both Leave and Remain campaigns seemingly locked at each other’s throats, clarity of what Brexit actually means can often be hard to decipher.

For public onlookers, the variety of twists, turns, jargon, farce and – sometimes lack of any real substance – often looks more like TV drama than real life. So much so that one wonders if Shakespeare’s Comedy of Errors provided inspiration…

But there has been one near-consistent message that can be salvaged from the chaos: Brexit is going to happen, in whatever form that may be.

We say ‘near-consistent’, because there is a movement, that suggests something different. That’s the Stop Brexit or second referendum movement, led by groups such as Avaaz.

As of last weekend’s Liberal Democrat party conference, of course, there’s been more talk of the possibility of stopping Brexit, alongside concerns over a No Deal and the need for a second referendum. Vince Cable, currently leading the only ‘major’ party with an anti-Brexit stance, is now getting airtime over his view that Brexit “can and must be stopped”.

But with only 12 seats in Westminster and some serious stagnation in the polls since the last election, this may be a bit ambitious. The party is keen to pick up some of the centre ground of politics left vacant by the more extreme right and left wing positions of the current Tory and Labour parties, respectively. Somewhat ironically, the LibDems find themselves as the key political group taking up the advice of the Labour Party’s ex-leader and Prime Minister (1997-2007), Tony Blair, from his Institute for Global Change.

In true ANH fashion, we’ve taken it upon ourselves this week to look beyond the media cacophony and decipher the different outfits Brexit might wear. From the Churchillian, Sovereignty-fuelled Hard Brexit, to the compromising Soft - and the fear of an uncertain No Deal whatsoever - we identify the vocal players, impacts and potential results that each route may hold – including for the natural health sector. 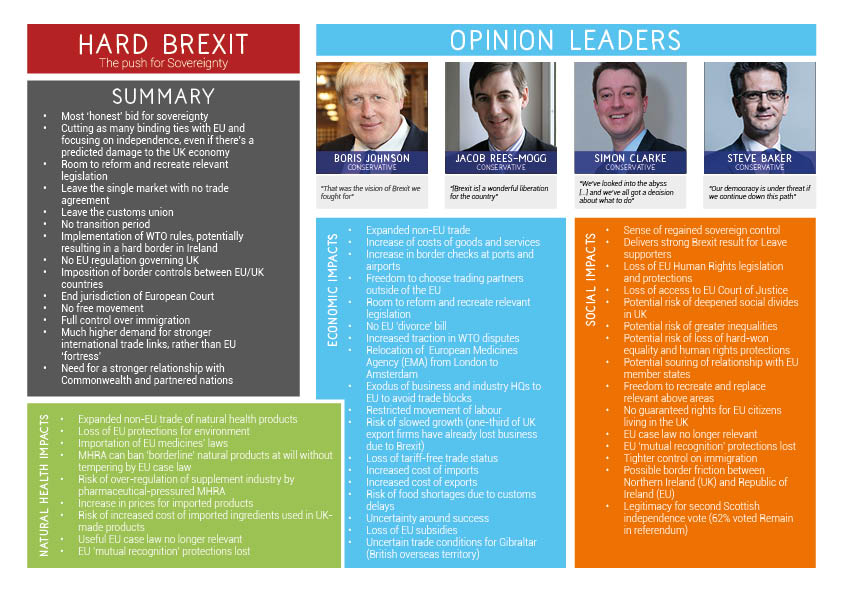 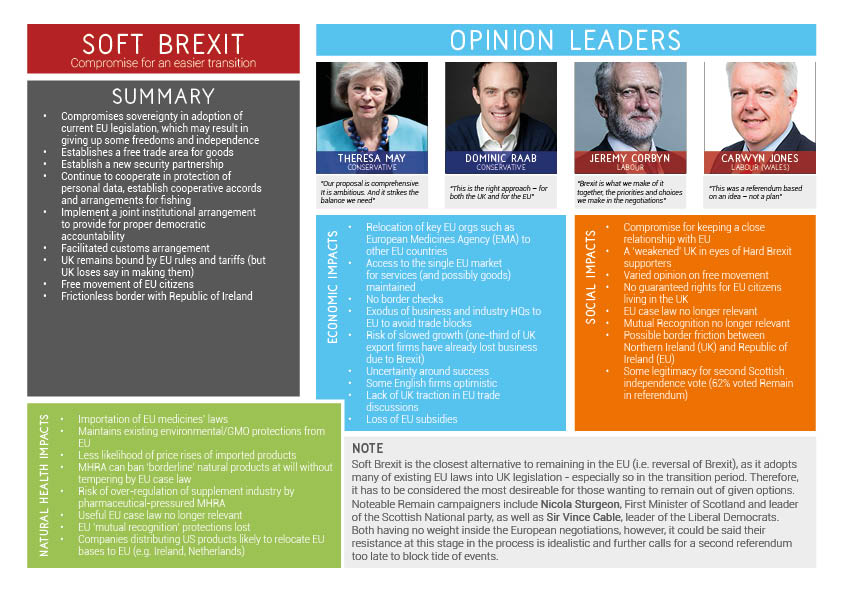 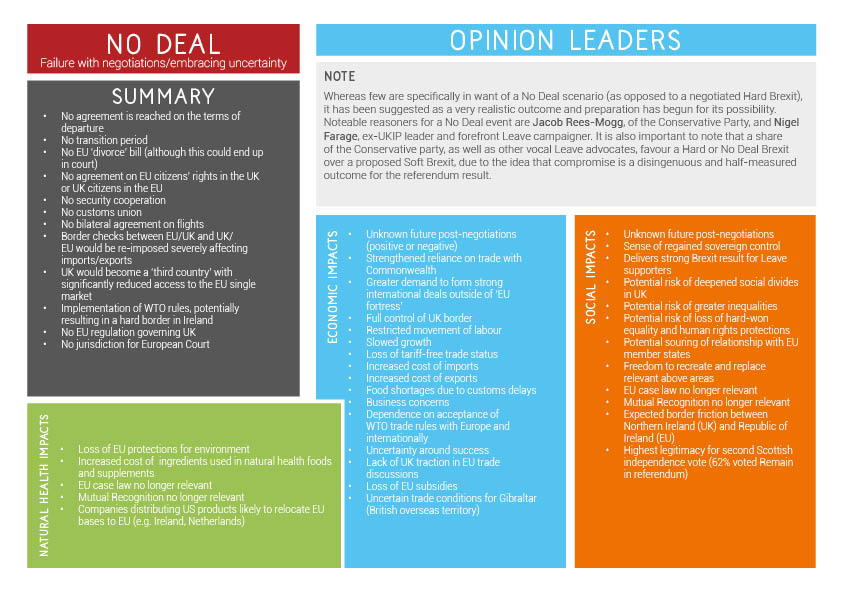