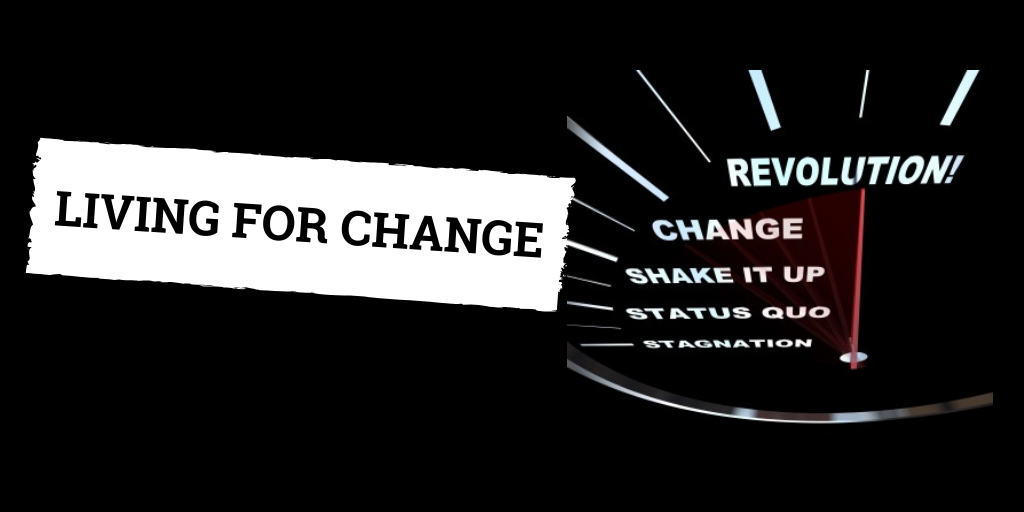 What will it take for us to make the changes needed to move from a disease management system to one centred on health creation or regeneration?

Love it or loathe it, change is inevitable. The world around us along with everything we do and experience are in a constant state of flux. Some fear change, others embrace it. Change for many of us means getting ourselves out of our habitual patterns – our comfort zones. The great news for those who’re struggling with it, we come ready-adapted for change. Our ability to tolerate and adapt to change is built into our genes. It’s one of the reasons we’ve been so successful as a species – with so many still thriving in a world that’s visibly, socially, biologically and ecologically – collapsing around us.

Our society and lifestyles have changed beyond recognition since the Industrial Revolution. Despite ready acceptance of the massive advances in technology, chronic disease levels are rising to a point where already overloaded health and social care systems are both failing in their capacity to reduce or cure disease, as well as in their ability to handle demand. We’ve already accepted the inevitability of years of ill health as we get older. Now we’re being forced to accept this same fate on ever younger members of society. Teenagers are increasingly obese, so much so they may even die from it. And metformin treatment that shows some benefit in adults has recently been shown to be of no benefit in adolescents.

We all know that the health and environmental challenges of the next few generations are heavily dependent on what we do today, tomorrow and the coming few years of our lives.

What will it take to see mass change? How long will it take to appreciate that technology – that got us into these difficulties, can’t – on its own – now extract us from them. How many of us need not only to understand the importance of our relationship with nature, but also to act in ways that re-establish our positive and mutual relationship with nature and the world around us. That’s of course not about going backwards, it’s about moving forward with great insight both about the world we’ve come from, and about the one we’re co-creating moving forward. 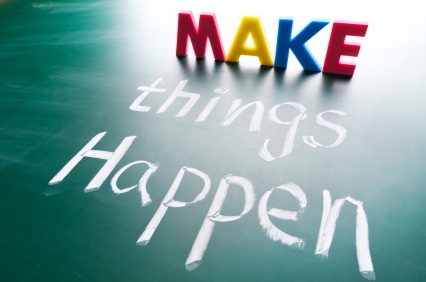 Going with the flow - or getting in on the act?

Many who consider themselves resistant to change often don’t realise they are unthinkingly accepting the constant change around them, going with the flow – maintaining the status quo.

Change may be sudden, with no warning, sometimes it’s painful, other times transforming. Change can be both external (e.g. social, environmental) or internal (e.g. disease). In recent years the environment around many of us in industrialised countries has been changing in ways that make it hard for many to appreciate the full significance. A spectacularly hot summer or powerful autumnal winds, for example, don’t tell the same story as an exploding methane crater in the recently melted permafrost regions of Siberia. While we sometimes consider the change around us as gradual, actually in terms of our own and our planet’s evolution it’s incredibly rapid.

If you don’t jump onto the bandwagon you get left behind. Transport has opened up the world for all to see, communications have become instantaneous, and social media feeds mean it’s ever harder for us to escape being viewed or judged by others.

With careful marketing and clever manipulation by the ‘ruling’ corporatocracies, we’ve accepted ‘food’ that is processed to the point that it bears virtually no resemblance to its original form as being OK for our sustenance. Most accept drugs as the mainstay of healthcare despite many not working or yielding horrendous side effects. Those with credibility who speak out on such issues get chopped down – as we’ve just seen with the stunning news of Dr Peter Gøtzsche’s expulsion from Cochrane’s governing board. People are educated to eat sterile food and use an arsenal of cleaning and disinfection products that kill the very germs we need to stay healthy. All the while, the system has encouraged us to meander, with the flow, in the manner of 'sheeple', to a place in which many of us have lost touch with our evolutionary roots and links to the natural environment with which we’ve co-evolved.

Today's corporations are realising that the public wants change. They don't want to be left out so now we've got to be super-aware of a new form of activism that's not being driven by the grassroots, it's coming from the corporations. Environmentalism, LGBTQ rights, immigration and sexual harassment are among some of the high profile issues that have been jumped on. They may or may not bear any relationship to the companies main activities, as we've seen with Ben and Jerry's campaigns on refugees that are entirely unrelated to ice cream.

The way we deal with change is closely linked to our evolution. Two powerful neurotransmitters - dopamine and serotonin allowed our ancestors to develop and look beyond the cave entrance, expand their horizons, embrace new foods and lands and develop civilisation as we now know it. Whether you’re male or female also plays a strong role in the change motivation stakes. Men often have higher levels of dopaminergic receptors and women serotonergic receptors.

Dopamine, often thought of as the pleasure hormone, is an excitatory neurotransmitter associated with ‘go-getters’ and those more motivated to seek and accept change. It gives us the drive and motivation we need to actively make changes.

On the other side, serotonin (5-hydroxytryptamine or 5-HT) is an inhibitory neurotransmitter promoting calmness and happiness. Those who favour a serotonin pathway are likely to be more passive and resistant to change. 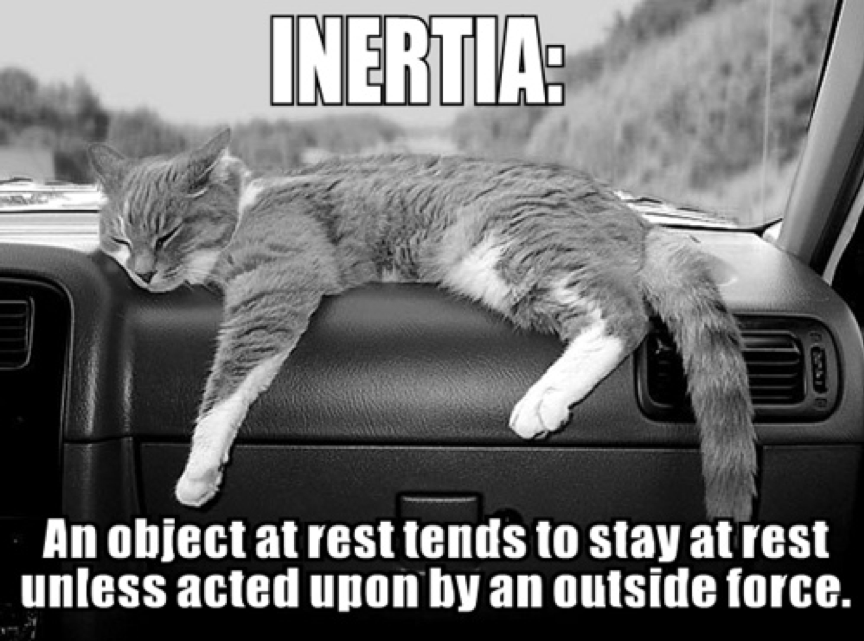 Change is nigh - whatever!

Here’s the reality: big change – socially and environmentally – is going to happen anyway. Whether it’s collapsing healthcare systems, ageing and diseased populations with fewer opportunities for care in their twilight years, global famine, environmental collapse – or even Brexit, political or economic turmoil – it’s almost certainly going to happen. But how we react to these changes has a profound effect on our health. And that’s something we can control.

Just as importantly, we don’t need to be a passive player. We can engender change ourselves – we can become activists, and change agents. That means moving outside the current of change that simply maintains the status quo.

So how far outside of your comfort zone are you prepared to step to buck a trend with which you’re uncomfortable? The drivers for change are often complex and multi-factorial. They may arise from a crisis, a sense of injustice, the removal of rights, a recognition of something that’s wrong. We all have the capacity to be change agents though. Whether our vision is to create and influence change at a personal, business, local, national or international level.

Don’t just leave it to the young ‘uns

You could say the baby boomers have been a part of the problem. Post-WWII, the baby boomers have indulged in consumerism as they’ve got older, embracing the establishment they railed so hard against during their youthful, more psychedelic years. Generation X have become great entrepreneurs, and the Millennials have probably been too caught up with their iPads (and themselves) to care enough about what’s going on around them.

But wait for it - Gen Z, those born after 1996, appear different. They’re actively looking to change the world they live in. They’ve grown up in an online world with content at their fingertips. They think globally, are very aware of social issues and want to have an impact on the world they live in. They are actively embracing and creating change.

Gen Zs have a greater interest in healthy eating and disease prevention. Their expectations for health and wellness are being reshaped by their use of digital technologies and connectivity alongside a willingness to pay more to protect their health and prevent disease. Possibly the most exciting thing about Gen Z is that, because of their passion for social justice, they're looking for authenticity. So corporates who decide to upgrade their corporate and social responsibility (CSR) portfolios with a bit of lightweight activism are going to be in for a shock. That's especially if it's actually marketing dressed up as activism!

But please don’t leave it to these young ones. Some argue, like civil resistance author Erica Chenoweth, for the ‘3.5% rule’. The rule suggests that the active and sustained participation of just 3.5% of the population will bring about societal change. It sounds accessible, but it still means around 2.3 million in the UK, nearly 3 million in Germany and over 11 million in the USA.

A recent study entitled "Experimental Evidence for Tipping Points in Social Convention” published in the journal Science suggests the numbers needed for social change are much larger, between 20-30% of the population.

With these kinds of numbers, we just can’t afford to leave it to Gen Z to do it on their own – especially as their impacts won’t be felt fully for some years to come. 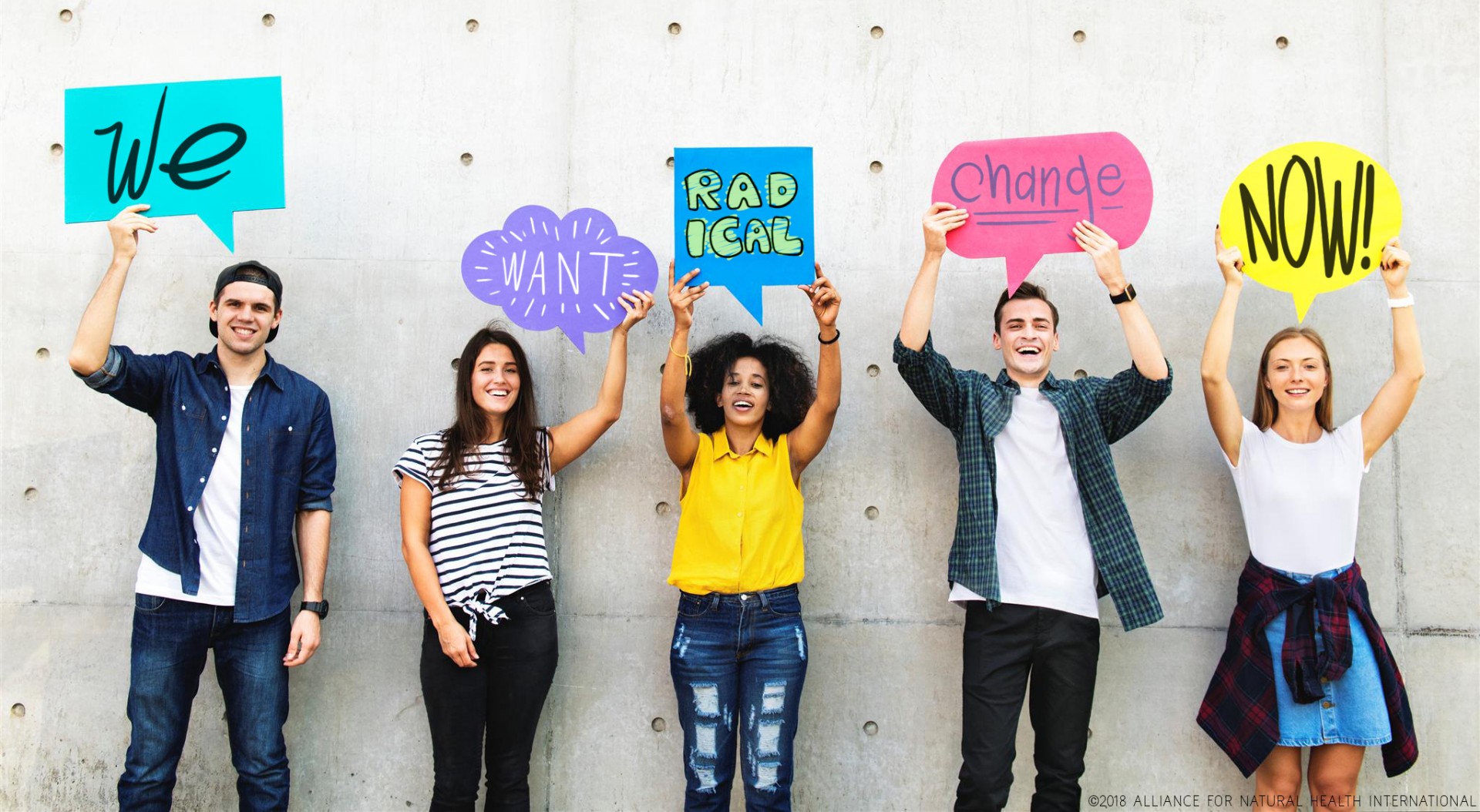 What we’re really calling for is engagement in conscious living and doing what you can to help others do the same.

That means being aware and conscious over your choices relating to every consequential aspect of your life. It’s about how you source and buy your food and your health products. How you manage your own health. How you move, relax, socialise and sleep. How you source and use energy. How and from where you buy your clothes. How you transport yourself, and even (if you have any), where you bank your savings. For us it goes even further, it’s how you choose to express yourself and how, if you live in a (supposed) democracy, you choose to wield your democratic power. Think through the social and environmental impacts of all the decisions and choices you face – and minimise their negative impacts while maximising the positive ones as far as you can.

We’d love you to be thinking about this as we unroll our blueprint for health system sustainability later this month. That’s about change and for it to have a big impact it needs big uptake.

So here's our plea:

One more thing: If you’re as passionate as we are about promoting health naturally, please consider supporting our work with a donation. Without your support we can’t continue to campaign, educate, research and advocate for change in the way health systems function around the world. Time is running out and as many of us as possible need to break away from the dystopian status quo.