Home News In the wake of the UK Pret deaths

In the wake of the UK Pret deaths

Are you becoming more sensitive, intolerant or allergic to foods - like millions of others?

Natasha Ednan-Laperouse was just 15 when she died on board a BA flight from London to Nice. She suffered a fatal allergic reaction to sesame seeds, unlabelled, but inadvertently baked into a baguette bought from global food chain Pret a Manger at Heathrow airport just before she boarded the plane.

Natasha’s death was in December 2016, but the inquest has only just been heard in London. Evidence showed that this is not the first time Pret products have been called into question following severe allergic reactions. In fact, the company knew about 9 cases of sesame allergen reaction in the year before Natasha’s death, six of which involved baguettes. And it did nothing to change its food labelling. Since the inquest, it’s looking like a second person may also have died from an allergic reaction after eating a flatbread, potentially contaminated with dairy-free yoghurt, purchased from Pret.

Whilst we’re absolutely not positioning Pret as the victim here, we are acknowledging that the globalisation and lack of transparency of our food supply is making it ever harder for food business operators to keep customers safe.

Are we getting more allergic to food?

It’s estimated more than one billion people worldwide suffer from allergies generally. Of those, 185 million (about 18.5%) are estimated to suffer from food allergies. However, allergy prevalence is predicted to increase 4-fold by 2050.

Most food allergies start in childhood, but older people with no prior history are also developing allergies to foods they previously enjoyed without issue. The rise in food allergies appears to have gone hand in hand with the rise in the consumption of processed and ultra-processed foods — as well as the over-reliance on antibiotics, drugs and chemicals.

However, it’s not just the number of people suffering from allergies that is a cause for concern, it's also the increasing range of foods to which people now react. Along with the expansion of global markets bringing us into contact with new foods, changes in food manufacturing processes have increased our exposure to allergens. And our health, particularly our gut health, is steadily worsening in line with poor dietary and lifestyle choices.

Is it a food allergy, food sensitivity or food intolerance?

It takes a bit of a perfect storm — the confluence of genetic predisposition, specific environmental triggers and a damaged gut microbiome — for food allergies to develop. But non-allergenic adverse food reactions are also common.

There are currently 3 types of recognised adverse food reactions. These are: food allergy, food sensitivity and food intolerance. Only the first two involve the immune system and therefore have more acute reactions in the body, the worst of which is full anaphylaxis, which can be fatal, as in Natasha’s tragic case.

Legally recognised food allergens differ in different countries. In the US, 8 allergens are recognised, but in the UK and EU, there are 14:

It’s a bit of a minefield, so we’ll try to keep it simple.

Food allergies and sensitivities are immune mediated reactions to food. Hence, the terminology used is related to immunoglobulins (antibody molecules) – which type and what effect they have in the body. There are 5 classes of immunoglobulins: IgG; IgM; IgA; IgE and IgD, which are made up of polypeptide chains that have different types of immune response or act in different stages of defence.

A food allergy is an IgE-mediated response that occurs when the immune system overreacts to specific food proteins. Within minutes of exposure to an allergen the immune system, believing it’s being attacked, reacts to tackle and neutralise the threat. Reactions range from mild to serious, with the most severe, known as anaphylaxis, being life-threatening and requiring emergency medical treatment. Common examples of IgE-mediated triggers for susceptible individuals are nuts, shellfish and sesame seeds.

Non-IgE immune mediated reactions involve other components of the immune system apart from IgE antibodies. The reactions don’t appear immediately after the ingestion of the food and usually relate to reactions in the gastrointestinal tract such as vomiting, bloating and diarrhoea. Over time, if ignored, these reactions can result in the development of autoimmune diseases, that are increasing rapidly in incidence, such as the two most common forms of inflammatory bowel disease, ulcerative colitis and Crohn’s disease.

IgA and IgG immunoglobulin reactions are delayed and lack the immediacy and potentially life-threatening nature of IgE. IgA immunoglobulins are found in our mucous membranes, and help us to deal with pathogens like bacteria and viruses. When our mucous membranes become inflamed or damaged, antibodies to particular foods may be formed. There is a delayed onset in symptoms, which falls under the category of food sensitivity which is often triggered by stress, disease or alcohol.

You may find you have gluten sensitivity through an IgA or IgG response, rather than full blown coeliac disease which is a T cell immune mediated reaction, causing severe damage to the lining of the gut and meaning you have almost a zero tolerance for gluten (hence the need to abide by the less than 20 ppm gluten threshold set for gluten-free foods).

A food intolerance is non-immune mediated where tolerance to the food consumed is lost over time. Symptoms develop over a period of hours or days. Whilst not life-threatening, symptoms such as gas/bloating, diarrhoea, cramping, nausea and headaches can cause severe discomfort and inflammation. Food intolerances are closely associated with gut dysbiosis and gut permeability – both of which are indicated as foundational in the development of a variety of chronic diseases. 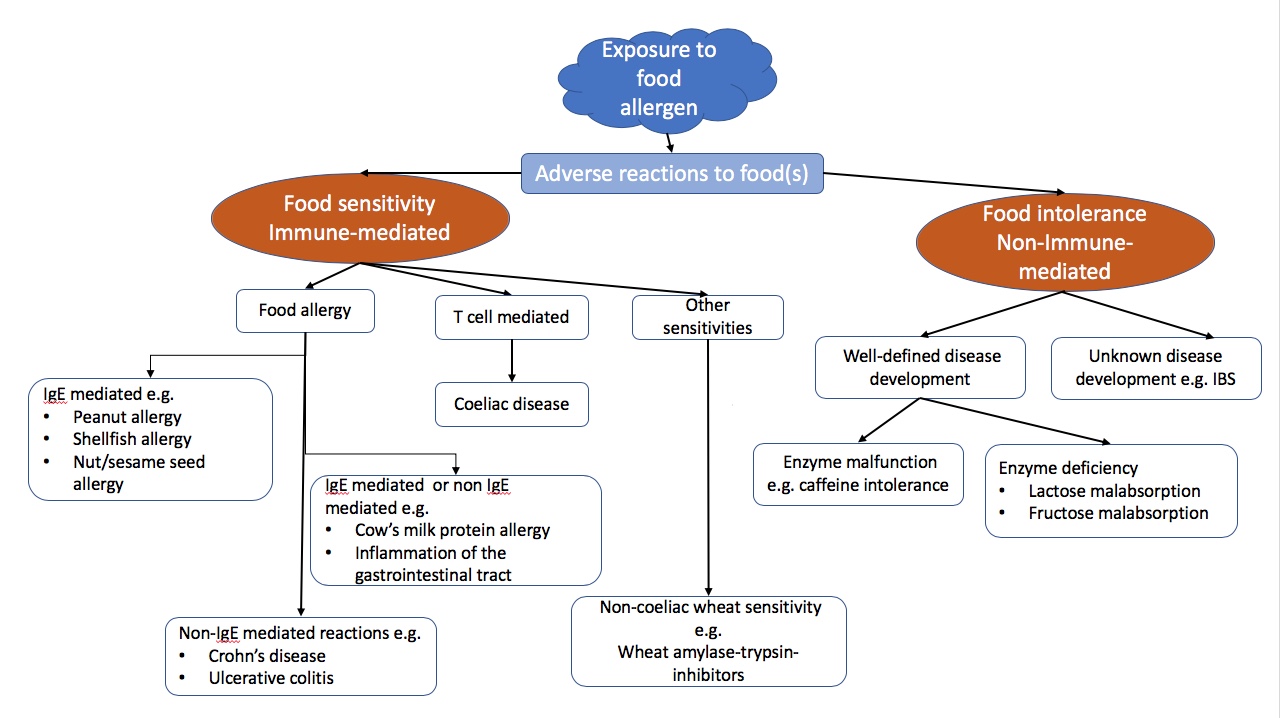 Fig 1: Immune and non-immune mediated reactions to food (adapted from information provided to clinicians-in-training by the Institute for Functional Medicine)

The inquest into Natasha’s death not unnaturally focused on the loophole in UK labelling law. The baguette she bought didn’t have any allergen advice printed on its wrapper because most of the products in Pret a Manger are made fresh, in store. Currently UK allergen labelling laws allow for general in-store warnings to be posted on the shelves in front of the foods when the food has been made onsite. Manufactured (processed), barcoded products require allergen information to be written in bold in the ingredients list printed on the wrapper. However, given that in Natasha’s case the sesame seeds had been inadvertently baked into the baguette, it’s a moot point if changes to labelling laws would have saved her. Pret is finally committed to making changes to the way it displays allergen information in store. The UK Government is also urgently reviewing food labelling laws and citizens have taken it into their own hands to petition for changes in allergen labelling.

Managing your own risk

Food sourcing and manufacture for the majority of foods that reach supermarkets and major food outlets is now very much a globalised process, often with extremely complex and opaque supply chains. There are few facilities with dedicated clean lines other than those for gluten-free products which further complicates risk assessment. To be truly allergen free, the entire manufacturing line needs to be clean of the allergen to which it’s claiming to be free. In reality, if you have an IgE-mediated, life-threatening food allergy, it’s nigh on impossible to guarantee that processed, store or in some cases, restaurant, foods are free from any risk of contamination.

Focusing on whole, unprocessed, organic where possible, foods without laundry lists of additives and preservatives, is your best insurance at reducing the likelihood of an adverse reaction.

If you do suffer from adverse reactions to certain foods, then the most effective treatment is 100% avoidance of known triggers. There may some hope on the horizon in the form of desensitisation therapies for those suffering from severe food allergies though.

If in doubt or desirous of professional support, consulting a nutritional, functional or integrative medicine practitioner can help you identify and eliminate problem foods, optimise your gut health and reduce your risk of future chronic disease.