I’ve now had a chance to assimilate the 41 pages of the UK government’s latest prevention plan, released last week. It carries a promising title, ‘Prevention is better than cure: Our vision to help you live well for longer’. The many press reports that heralded its release, citing wise words made in the launch speechby the Rt Hon Matt Hancock MP, Secretary of State for Health and Social Care, appeared equally promising.

But I found digesting this report akin to eating a McDonald’s. As a research scientist, I have to admit to not being entirely naïve to the produce of the fourth largest employer in the world, and I can estimate my exposure to around one visit every five years. My last experience a couple of years back wasn’t good. I asked for a salad and a fruit bag which I saw advertised. The staff looked at me as if I had two heads and had to seek advice from a supervisor. After some delay, I was told there was no salad, and the fruit bag I received contained oxidised, browning and mildly fermented apple slices and grapes. I’m not sure this was how they were meant to be served. Following this aside, I can only describe my responses both to the latest government report on ‘prevention’ and McDonald’s as “deeply disappointing”.

It’s all about more top-down edicts. It’s about trying to elicit behaviour change by telling people what to do. That means local authorities, the NHS and the public.

It pinpoints six things in particular:

Did you not read the phrase ‘processed food’ in the above? Sadly not. That’s because words like ‘processed’, let alone ‘highly-processed’, ‘ultra-processed’ or ‘over processed’ do not appear anywhere in the report. That despite a bundle of evidence suggesting ultra-processed foods, especially ones based around energy-dense carbohydrates, are central to the metabolic disease crisis within which our societies are deeply embroiled.

You might be pleased, or not, to know that the word sugar appears (only) 5 times in the 41 pages. That’s not a lot. Activity, for example, appears 15 times. And we know you can’t exercise your way out of a bad diet. Stress is mentioned just 5 times too, one of these being in a reference. Yet stress is a well known driver or mediator of unhealthy behaviours, including in the young when dietary patterns are often solidified.

Putting these numbers into context, the government is definitely serious about ‘prevention’: the word’s mentioned a whopping 106 times. ‘Energy’, the thing that the government has been banging on about for years, suggesting the overweight and obese are that way because they’re eating too much, is only mentioned twice. Somewhat surprisingly – the word ‘calorie’ doesn’t even get a mention. That’s a little odd given that Public Health England was all over the idea of the British population reducing its calories just a few short months ago in March. Is it just an omission linked to a lack of joined-up policy? Or has the British government really woken up to the fact that obesity isn’t about calories, and not all calories are created equal! Sadly, I suspect the former.

Another thing the government’s prevention plan does is remind us to engage in the ‘Five Ways to Wellbeing’. That’s the fruit of a now 10-year-old, Mental Capital and Wellbeing Project by Foresight, the Government Office for Science. It suggests people overcome mental health problems by doing 5 things, summarised in the figure below: 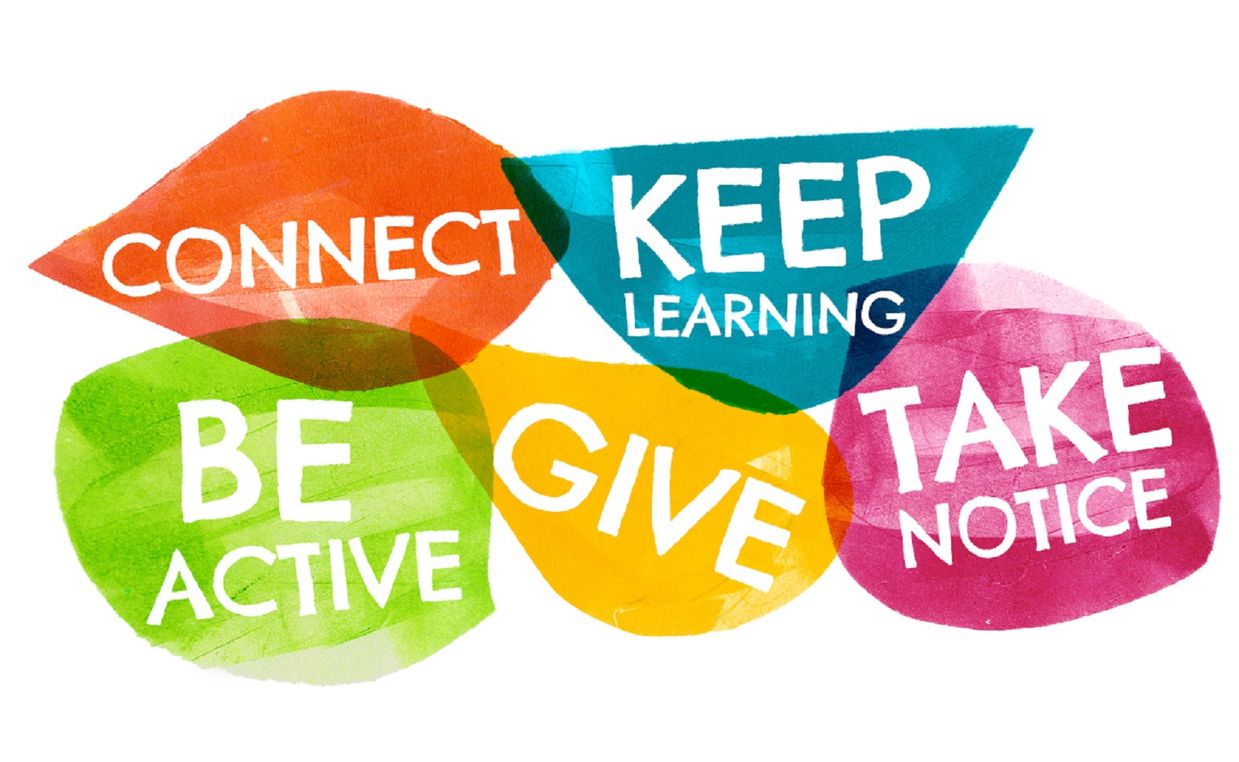 Like any report that’s probably taken a few months of concerted effort by a team of bureaucrats (all unnamed and faceless), with a bit of input from a few scientists and medics (equally nameless and faceless), there’s some good stuff in it. But the good stuff is mainly linked to the objectives, like trying to help people live longer with less disease. It’s nice they want to wipe out air pollution too, realising this causes a lot of lung disease and cancer, for example.

However, the report so spectacularly fails to tease apart the complexity of the psycho-neuro-endocrine dysregulation that underpins our modern day preventable disease crisis. It makes cursory mention of the importance of the social, familial or peer-related influence on our behaviours. It makes passing mention also of the significance of childhood trauma, but relates the consequences just to mental health problems, not to conditions like obesity.

The big fat problem with this latest government plan is that there’s really nothing in it that isn’t already being done or having lip service paid to it. It’s self-serving and almost guaranteed to have no effect on spiralling preventable disease trajectories. It offers those involved a little pat on the back so that that they might continue on their merry ways, burning more tax payers’ money.

The report at times appears contradictory. It applauds on one hand past successes by the British government suggesting Britain has “led the way globally” (p.3) in terms of its prevention efforts. References are made to past successes on smoking and vaccination campaigns. It also says that not nearly enough is being done and that Britain has “one of the highest childhood obesity rates in Western Europe” (p.8)

You can read the report yourself and make up your own mind.

But we’re convinced there is a need for something so much more fundamental than a bit more preaching from government. As Professor Mike Kelly from Cambridge University, and Mary Baker PhD from Southampton University, made so clear in their 2016 paper in the journal Public Health, changing health behaviours is incredibly difficult. The idea of using policy to change behaviour may be hugely popular with policy makers, but these policies are based on common errors, six of which are identified in some detail by Kelly and Baker. The scientists remind us that the UK is still experiencing rising levels of obesity and other non-communicable diseases, yet its primary prevention plan has been the NHS’ ‘Change4Life’ programme despite no evidence that it actually works.

The common errors made by policy makers are based on incorrect assumptions. Three of them are as follows:

Very few overweight individuals will scream ‘Eureka’ out aloud when they hear that the government wants them to eat 5 portions of fruit and veg and they should exercise regularly. Nearly everyone knows this. They have heard it over and over again.

When does the revolution begin?

An innovative if not revolutionary plan might have started off telling the public:

“We’ve studied all the obesity research and realised that what we’ve been telling you for years won’t make any difference. We realise now the problem is deeply systemic, interwoven into our food supply — into our culture, even into our genes, epigenetically — and becomes hard-wired into how we behave through societal norms.

We’re now looking at how we might be able to all work together to help reset the underlying physiology of our dysregulated bodies. We haven’t got all the answers, but we know practitioners who’re helping people do a number of things simultaneously that are delivering very beneficial results. That includes getting people to stop eating all added sugars and refined carbohydrates, increasing their healthy fat intake and cutting out highly processed foods. Cutting out snacks between main meals (that money making racket that preys on most people being ‘carb junkies’) has also been found to be beneficial.

And by the way, when we told you to reduce your salt intake below 6 grams a day, please now ignore us. We must let you know the results of a very large study published in The Lancet in August. It found that if you consume less than 5 grams a day, your risk of heart attack and early death increases. That’s a scarily narrow sweet (salty) spot. But the good news is that if you consume more than this, you offset any risk as long as you’re eating a reasonable amount of veg and potassium. So don’t worry about the salt and eat lots of veg every day.

Oh – by the way – we were also wrong on fats. Forget what we said about limiting total fats to just 35% of your daily energy intake. There are no good data to support this and most people can comfortably double this figure by substituting refined carbs for healthy fats.”

I think I was just having a dream. Of course they won’t say that. Just like they won’t even admit to the culpability of the food manufacturers that litter the isles of supermarkets with products that are barely fit for human consumption.

When it comes to a revolution in how we manage health – that’s what the blueprint we’re about to release next month is all about. That’s also why getting consensus on the approach, as well as putting it to the test in the real world via pilot trials, is so important. Let’s go out of our way, for the sake of future generations, to avoid repeating our errors and false assumptions.

More very soon – and please stay tuned, including for the imminent release of our new website.