ANH-Intl feedback from the Weston A. Price 2014 Conference

Weston A. Price (1870–1948) was certainly an interesting guy. The Canada-born Dr Price worked as a dentist in the US state of Cleveland, where he became concerned that even his younger patients were presenting with increasing rates of tooth decay and problems such as deformed dental arches. Rather than simply making the most of the career opportunity thus afforded, Dr Price committed himself to exploring the links between nutrition and physical degeneration. And this was a true commitment: Price travelled the world in the early part of the 20th century, seeking out isolated, non-industrialised communities and comparing their diets and physical health with those of his home country. Now that the Western industrialised lifestyle has forced its way into all corners of the globe, Dr Price’s experiments would be largely impossible to complete today.

His work lives on, however, in the form of the Weston A. Price Foundation (WAPF), which exists to promote the nutritional ideals he developed – and which have been all but forgotten in modern, mainstream dietary thought. Since Dr Price concluded that “Humans achieve perfect physical form and perfect health generation after generation only when they consume nutrient-dense whole foods and the vital fat-soluble activators found exclusively in animal fats,” he must be spinning in his grave in 2014.

ANH-Intl was an exhibitor at the WAPF’s ‘Wise Traditions’ Conference, which took place last weekend (8th and 9th February 2014) at the UK’s Sandown Racecourse, on the outskirts of London. Our stand – manned, or rather personned, by Yvonne England on Saturday and Adam Smith on Sunday – was surrounded by others promoting food, products and concepts falling within the WAPF’s ambit: raw milk, cream, butter and ghee; grass-fed and organic beef; fermented kombucha; natto cleaning fluid; farms and gardens offering workshops in traditional skills; clinics offering traditional remedies...the list goes on! 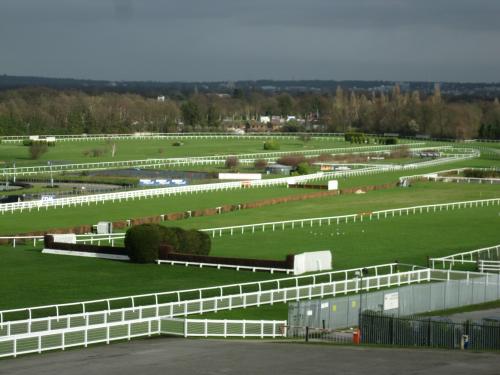 View across Sandown Racecourse from the venue of the 2014 Weston A. Price Foundation ‘Wise Traditions’ event

“We’ve got some of the best food anywhere in country at this conference,” beamed organiser and WAPF London Chapter leader Philip Ridley – and we’d have to agree.

Nutritious food, locally grown: part of a way of life promoted by ANH-Intl

One stand that particularly caught my eye was a stand promoting BigBarn.co.uk – a company committed to “reversing the anti-social trend of the UK food industry”. The mission of the company is to “reverse this trend by reconnecting consumers with their local producers, direct, or through local retailers, and encourage local trade”. On entering your postcode, the website reveals to you, on a local map, an array of farm shops and local suppliers that can rival your local supermarket in terms of product quality and freshness – and even price! This is a way of life that ANH-Intl actively encourages. It makes so much sense, both ethically and in terms of human health and ecological/green benefits, to support local farms and suppliers rather than supermarkets. Hopefully, we’ll soon be adding the Big Barn initiative to our own website, which will have the added benefit of earning extra income for our work. 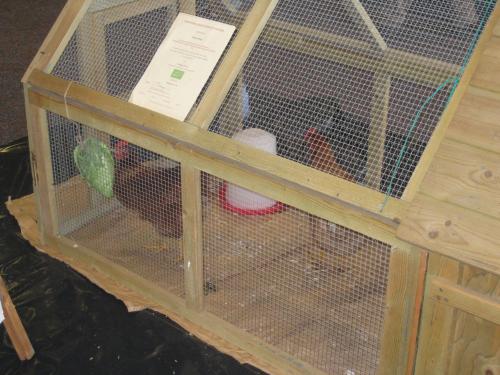 Portable hen house on display at the stand of Providence Farm in Devon, UK, at the Weston A. Price Foundation’s ‘Wise Traditions’ 2014 conference.

Three talks about GMOs from key speakers were an important part of the conference on Saturday. Dr Michael Antoniou, head of the Gene Expression and Therapy Group at King’s College, co-authored the Earth Open Source report GMO Myths and Truths, the second edition of which is being published in a few months. In his talk GM Crops: Promises and Realities, he looked at the claims made by the GMO industry and its proponents, and compared them with the failings, risks and very limited realities of GM technology. He summed up GM as “conceptually and technically flawed” and “yesterday’s technology based on yesterday’s understanding of genes and genetics”.

Sir Julian Rose has been an organic farmer since 1975, and is described as “an early pioneer of UK organic farming, a social entrepreneur, international activist, writer, actor and President of The International Coalition to Protect the Polish Countryside”. Sir Julian spoke about “GMO and the battle which Jadwiga Lopata and he led to create a GMO Free Poland”. He also spoke about the position on GM seeds and food in the European Union, and the current position in the UK. His enthusiasm for the cause was particularly striking and heartwarming.

Stephanie Seneff PhD is a Senior Research Scientist at the MIT Computer Science and Artificial Intelligence Laboratory, whose recent work has concentrated on the relationships between nutrition and health. Her talk entitled GMO and Roundup: A Marriage Made in Hell looked at the possible associations between GMOs and Roundup (glyphosate) herbicide on the one hand and specific human health conditions on the other. The evidence she presented linking these controversial technologies with autism, Alzheimer’s disease, obesity, digestive disorders, depression, and breast cancer was astounding. Yet Monsanto claims that Roundup is almost non-toxic to humans!

Weston A. Price and pregnancy

The talk given on Sunday on Healthy Pregnancy by Sally Fallon Morell was a perfect example of how the dietary knowledge used by our ancestors and built up over centuries is now considered ‘fringe’ and ‘wacky’ – even dangerous. She pointed to foods like fish eggs (rich in natural folate, vitamin B12, essential fatty acids [EFAs], vitamin D and zinc), cod liver oil (high in EFAs and vitamins A and D), raw milk butter (a great source of bioavailable A and D vitamins, iodine and ‘good’ bacteria) and eggs (rich in choline, A and D vitamins, folate, vitamins B6 and B12, EFAs and vitamin K) as ideal pre-natal foods. Clearly, granny did indeed know best! All of these foods are shunned by our modern obsessions with low-fat diets and high-sugar, low-nutrient processed foods. Busting another myth, Ms Morell stated that the only foods pregnant women should avoid are raw or pasteurised soft cheeses and luncheon meat, due to the listeria risk. For Ms Morell, the greatest gift we can give our children is the foundation for a healthful life that comes from a rational and nutritious parental diet and lifestyle, especially for several months preconceptually and during pregnancy. 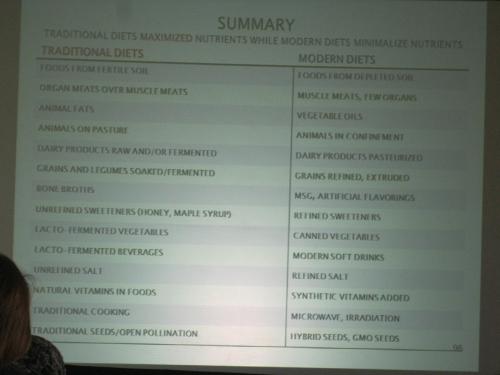 A summary of the Weston A. Price dietary philosophy, from Sally Fallon Morell’s talk on Healthy Pregnancy.

Immunity and the gut

Before taking down the stand and saying our goodbyes on Sunday, there was time to catch Dr Natasha Campbell-McBride’s talk on Healthy Immunity. Dr McBride developed the Gut and Psychology Syndrome (GAPS) diet, which traces a huge number of serious conditions, including autoimmune disease and autism, to a single source: the gut. Her theory, which she explained in considerable and highly entertaining detail during her 2-hour talk, is that numerous aspects of the modern world have disastrous effects on gut flora and integrity. The eventual result is a gut wall that leaks “like a sieve”, allowing undigested food particles to escape into the bloodstream and set off a cascade of immune reactions throughout the body – so-called ‘leaky gut’. Dr McBride developed the GAPS diet to counteract these effects by healing the gut and restoring the proper balance of intestinal flora. She is passionate that supposedly incurable conditions like autism are curable using GAPS, but believes that those who reject the insanity of mainstream diet and lifestyle choices – such as the capacity WAPF crowd who came to hear her speak – will be among the members of humanity that survive and thrive in the future. Her predictions for those who choose to remain wedded to the mainstream were sobering, to say the least.

We had a great time at ‘Wise Traditions’ 2014, and must congratulate the organisers on a job very well done. WAPF is in an ironic situation, since it promotes ideas of healthy eating that were considered common sense not many generations ago. It’s events like this that will bring the WAPF philosophy to more and more people – and bring common sense back into the mainstream.