Home News Guest Feature: Bio-identical hormones vs HRT – read this before you decide! 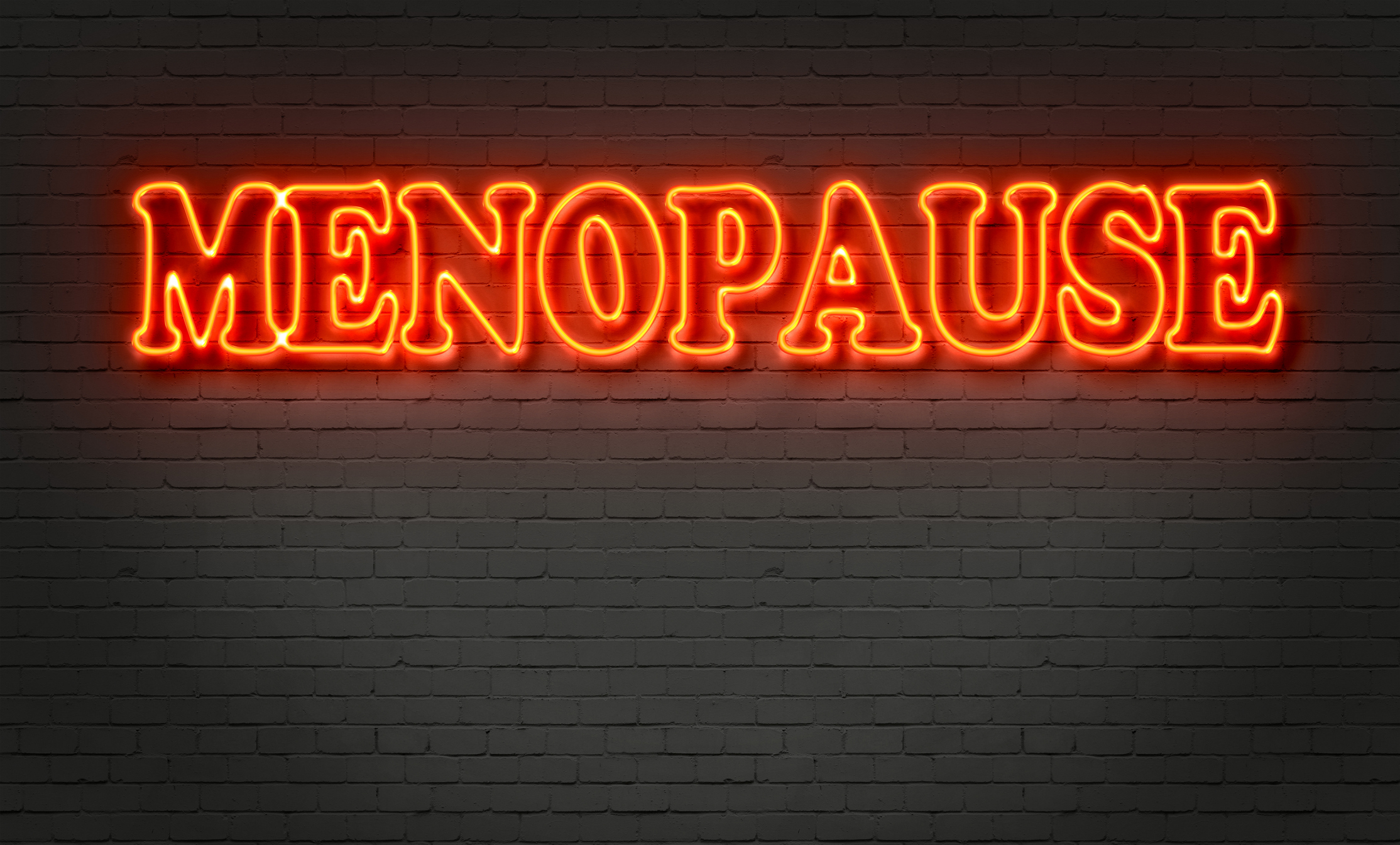 Guest Feature: Bio-identical hormones vs HRT – read this before you decide!

Misinformation and disinformation about the benefits and risks of natural therapies is rife. This is especially the case wherever natural approaches most threaten pharmaceutical interests. Menopause – a life stage faced by nearly every woman – is just such a battleground. Highly publicised criticism of bio-identical hormone replacement therapy (BHRT) by protagonists of conventional HRT, that relies on synthetic hormone analogues, is deeply confusing for many women looking for safer or more effective options. Typically, the criticism comes from doctors who have no experience of using BHRT, nor any real understanding of the science that underlies it.

So we’ve gone to long-term ANH friend and colleague – and world expert on BHRT – Dr Nyjon Eccles, who is both a doctor who prescribes BHRT and a researcher, and asked for his view on this controversial and important subject.

Following his double doctorates (Medicine and Pharmacology) Dr Eccles has worked as a general and natural medicine physician with special interest in supportive nutritional treatments that promote well-being, recovery and anti-ageing. He has brought several product innovations to the field of nutritional and anti-ageing medicine. He is also one of the UK’s leading experts in bio-identical hormones.

As the medical Director of The Natural Doctor in Harley Street, London, he has become one of Europe’s leading clinicians involved in Breast Thermography as a non-invasive tool for early detection of breast cancer and for this purpose has developed ThermoCheck®, a computer-assisted Breast Thermography system. Some of his time is spent in research and he has authored many reviews on a wide range of topics related to natural medicine and is in frequent demand as a public speaker.

He is listed in the “Who’s Who” in the World for outstanding achievement in his field.

Symptoms associated with menopause can be an extremely challenging time for some women. It is estimated that as many as 80% of women will suffer one or more symptoms at some point during their journey through menopause, including peri-menopause, and these can be majorly intrusive to physical and/or emotional well-being.  Common physical symptoms are - hot flushes and sweats, vaginal dryness, loss of skin tone, bloating, urinary issues, weight gain, hair loss, foggy thinking, loss of libido and fatigue. Common emotional symptoms include anxiety, irritability, mood swings, depression, lack of sleep. It is not surprising given this spectrum of symptoms that women have sought help in the form of hormone replacement therapy (HRT).

Initially it was thought that oestrogen replacement alone would suffice to alleviate symptoms so the initial oestrogen-only forms of HRT led to increased incidence in uterine cancers. Doctors then realised that progesterone, the other major female hormone, needed to be given to prevent the hormone-sensitive uterus from being adversely affected.  With this awakening came the knowledge that perhaps these hormones worked together to protect human tissues especially those, like the uterus, that are hormone sensitive.

The next major awakening emerged in 2002 when the Women’s Health Initiative study showed that oestrogen combined with synthetic progestogens led to an increased risk of breast cancer, heart disease, stroke and deep vein thromboses. Many women were so scared by this finding that they took themselves off their HRT; not willing to play Russian roulette with their health. What did we miss? What new lesson was there to learn? The lessons that were learned a little later from published studies, at least by some scientists and doctors, was that while oestrogen seems to increase risk of breast cancer and deep vein thrombosis (DVT) marginally; the combination of oestrogen with synthetic forms of progesterone i.e. progestins increased the risk of these diseases more significantly. This study, as well as several others, indicate that the combination of oestrogen with natural unadulterated progesterone does not increase risk of breast cancer or DVT. This suggested that progesterone in its natural bio-identical form was protective whereas synthetic progestins were quite the opposite. The lessons that should have been learned by all doctors is that progesterone is not the same as progestins and that the physiological effects of both are very different. A fuller referenced explanation of these differences is well covered in my recent article.

It is fair to say that the majority of doctors are still unaware of these important differences. Those who are aware are usually ethically swayed to prescribe oestrogen with bio-identical natural progesterone.

That leads me onto discussing a little about oestrogens. It is not an overstatement to say that oestrogens have been demonised over the years.

When discussing oestrogen it is important to note that “oestrogen” is an umbrella term for many different oestrogens. The main three oestrogens are estriol, estrone, and estradiol; all three of these oestrogens are produced in the body and have physiological effects. Some of the benefits of oestrogens are: control hot flashes, maintain pelvic health, improve cognitive function and memory, improve mood, restore sleep, maintain thickness and fullness of skin and hair, protect against colon cancer, protect against macular degeneration, prevent atherosclerosis, hypertension, improve insulin sensitivity, prevent osteoporosis, prevent osteoarthritis. Many women will attest to the often intrusive symptoms that can occur from oestrogen decline at menopause but the general tissue improving/anti-ageing benefits are largely ignored. This has largely been due to fear over some of the long term increased risks noted above. I have already referred to the evidence that supports natural progesterone negating these long term risks but let’s now highlight some key science around oestrogens.

We conclude from all the evidence taken together, that not all oestrogens are created equal and that estriol may play a greater role than is currently thought particularly as a more protective oestrogen and as a regulator of its more potent sisters (estradiol and estrone). Furthermore, when combined with progesterone rather than with synthetic progestins, the risks associated with conventional HRT seem to be minimised or even negated. The role and actions of different oestrogens are summarised in a companion article to the progesterone article cited above, namely “Not All Estrogens are Created Equal”.

With the introduction above, I would like to address the points made in an article entitled “Menopause specialists warn against dangers of bioidentical hormone therapy” that seems to be circulating amongst menopause groups.

Doctors are entitled to their opinion. But I strongly believe that when they air their opinion in public they should be confident it is based on science and not conjecture and that it is also ethical.

BHRT vs HRT – unravelling the misinformation

Let me respond to each main point that is made from my experience as both a doctor and scientist who is convinced that BHRT is safer in the long term than conventional HRT as currently prescribed.

Doctors who have prescribed BHRT, some for more than 30 years have demonstrated its effectiveness. Moreover, it is preferred by women who have tried both. I have clarified above how the combinations of estriol with estradiol plus natural progesterone do not increase risk of cancer.

To be clear, BHRT doctors always use natural progesterone and not synthetic progestogens.

The dose ranges used are generally based on many years of experience and not a best guess. Delivery methods are also proven and we know that because most BHRT doctors measure hormone levels in their patients before and after prescription.

There is no evidence of this from experienced doctors using BHRT over the years and as stated above the combinations of estriol and progesterone reduce this risk.

It is a theoretical risk not borne out from practice and unlike conventional HRT use where hormone levels are not generally measured, BHRT doctors have measured levels of progesterone confirming an increase post-prescription.

Multiple studies now confirm the increased risk of breast cancer when oestrogen is combined with synthetic progestins (see article above - Not All Progesterones are created Equal).

That is true but more often than not they are not prescribed by doctors and will only address oestrogen and progesterone and not other hormone deficiencies that are often present e.g. testosterone, DHEA.

This assumes that a fixed dosage (as with most conventional HRT) suits everyone which is certainly not the case. The amount absorbed varies greatly individually and those of us who use BHRT know this because we measure hormone levels.

True, but evidence suggests that they have very different physiological effects due to their identical structure to the hormones we produce.

That is again true only if more comprehensive and complete hormone replacement is prescribed than conventional HRT. If only estradiol and natural progesterone are prescribed then the cost should be similar.

Progesterone does get absorbed through the skin and we know that from testing progesterone levels after treatment. BHRT doctors do not rely only on progesterone creams but also regularly use oral or trans-mucosal progesterone.

This is actually more likely to be the case with conventional HRT since hormone levels are not measured. It is one of the reasons BHRT doctors recommend measuring hormone levels.

This is no different for BHRT which are monitored even more judiciously than HRT by regular testing and follow-up.

This begs the question as to why GPs are doing this when they have other options. I suspect it is because based on the available data, they are prescribing ethically and mindful of their patients long term well-being. The major medical societies (many of whom have dubious ties to big Pharma) should base their condemnation on science and safest prescribing which still falls in favour of BHRT based on all the above. To repeat - until proven otherwise, the available evidence suggests that BHRT represents a safer form of hormone replacement than standard synthetic forms of HRT.

In closing, not only is this article “Menopause specialists warn against dangers of BHRT” strewn with incorrect statements, I would draw the readers attention to the one-sidedness of this article. Firstly, it has been implied right from the title that BHRT is unsafe when there is no evidence to support that claim. Second, it should not have been difficult to have a few individual doctors who prescribe BHRT giving their view and justifying why they do it.  Furthermore, there is no citation of any of the above scientific evidence that I have referred to that would support at least a more considered approach to hormone replacement.