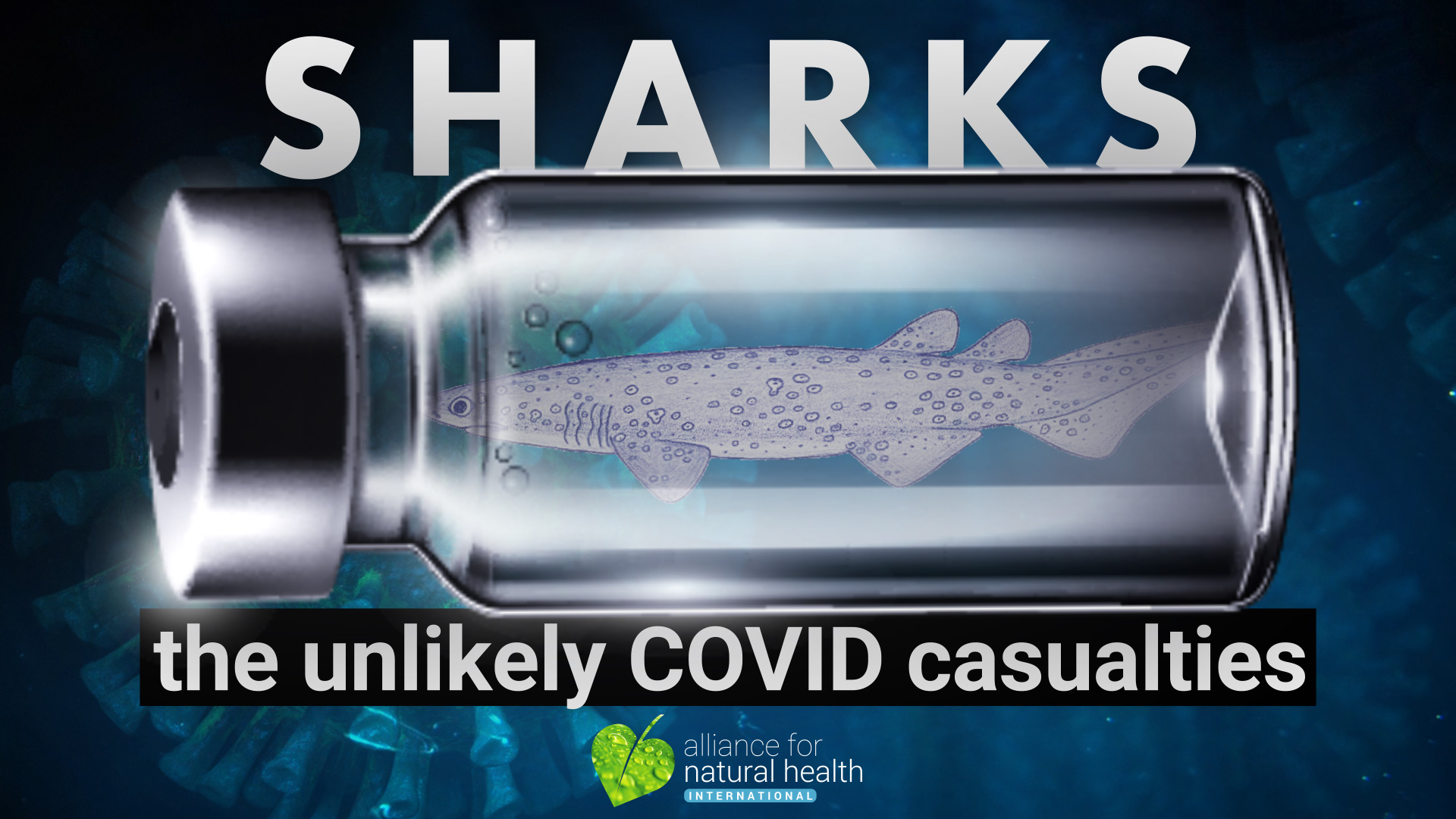 Half a million sharks that shouldn’t be Covid casualties

Why non-shark squalene should be used for Covid vaccines, supplements and cosmetics

Do you recall being asked if you’re prepared to accept the slaughter of half a million sharks to obtain an ingredient needed in some of the candidate Covid-19 vaccines? We don’t!

Leading California-based shark conservation organisation Shark Allies has estimated that 250,000 sharks would need to be killed to deliver the squalene needed to vaccinate the global population, as planned. That doubles to a shocking half a million if two doses of the vaccine are required.

Currently, around 100,000 to 200,000 sharks are estimated to be harvested to supply the growing demand for shark fins and shark liver oil, the latter being the main source of squalene used in cosmetics, supplements, medicines and vaccines. Around 3,000 sharks, most fished from the deep oceans, are needed for every ton of squalene.

At least 5 candidate Covid-19 vaccines rely on squalene, which is emulsified with surfactants and used as an adjuvant to enhance the immune response. Shark-derived squalene has been by far the most common form of high-purity squalene used in drugs and vaccines, while plant-based squalene is now the dominant source used in cosmetics – the sector that uses over 60% of the global production.

Such is the interest in the many functions and uses for squalene that the international market is set to double from its present level (approx. US$100 million) to over US$200 million by 2024.

Sharks belong to a group including skates, rays and chimaeras referred to as the chondrichthyan fishes. There are around 500 described species of shark, all of which have relatively slow growth rates, low reproductive potential and late sexual maturity, making them particularly vulnerable to over-fishing. Global populations are now in decline.

Deep-water sharks – that are the primary sources of shark liver oil, are the most vulnerable to fishing with population growth rates 40% to over 60% lower than other types of shark (pelagic and coastal species). Owing to the presence of deep-water sharks between 100 metres and sometimes up to 4000 metres below the ocean surface, their numbers and detailed ecology are often not well understood. Collapse of populations of top predators like sharks can result in uncontrolled ‘trophic cascades’ with devastating ecological consequences to marine ecosystems and biodiversity.

Beyond Jaws: humans are the cause of shark decline

The direct-action marine conservation movement Sea Shepherd has exposed the horrors of the unregulated world of deep-water shark fishing for shark oil. There is still extensive use of illegal gill nets, rather than long lines. Sea Shepherd helped the Liberian Coast Guard arrest the crew of an internationally-blacklisted fishing vessel off the Liberian coast in 2017.

Over 50 shark species are targeted for their livers. Around half of these are endangered, while 5% of these are critically endangered, including the deep-water gulper shark, Centrophorus granulosus.

Another half a million threatened

Sharks are not the only species to suffer at the hands of humans. The milking of around half a million horseshoe crabs every year, many of which subsequently die, is ongoing as a source of limulus amebocyte lysate (LAL) that’s used to detect endotoxins in drugs and vaccines. The National Geographic reported that LAL from horsehoe crabs will need to be used in any Covid vaccines used in the USA.

Despite the continued ravaging of shark populations to harvest shark liver oil for squalene, there are many alternatives that involve sourcing squalene from plants, microorganisms or biosynthetically using genetic engineering.

Some examples are as follows:

To prevent further decimation of shark populations for shark liver oil and squalene, four things must happen as a matter of urgency.