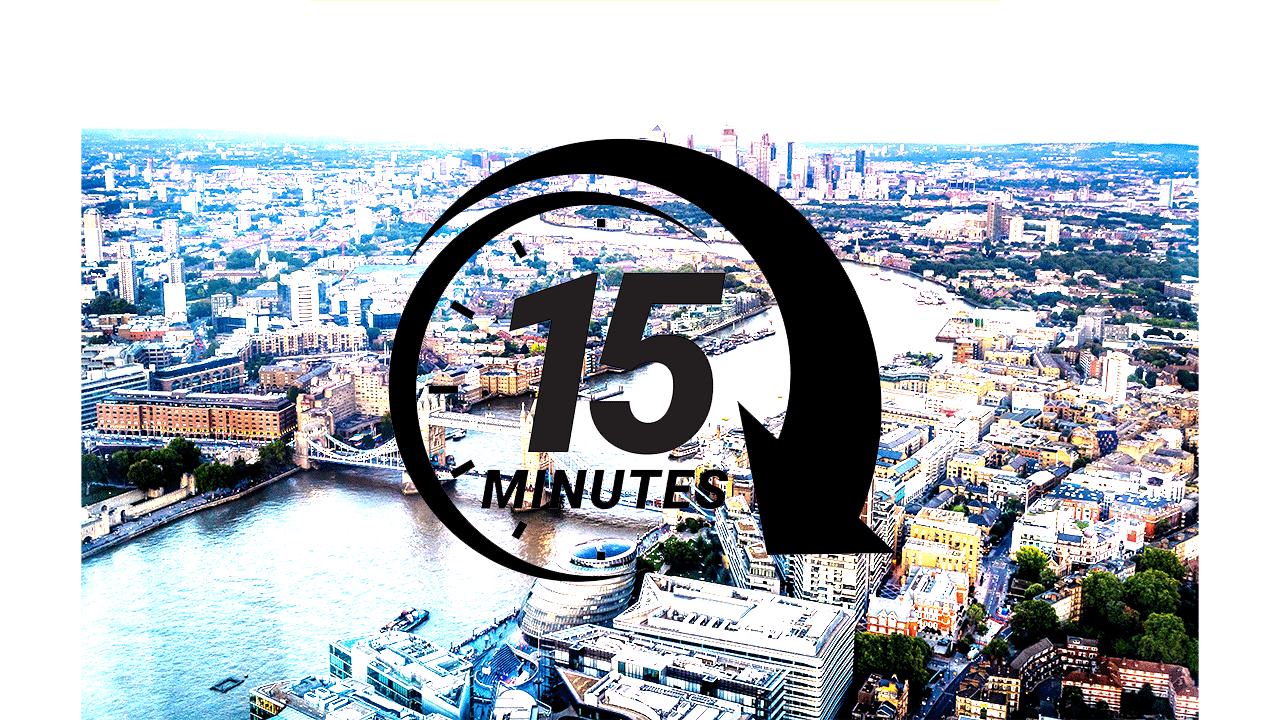 Are 15-minute cities that purport to be focused on mitigating climate change, the start of efforts to control people’s freedom of movement?

Car-free cities are becoming a thing - and many might see this as a good thing, especially given the steep rise in air pollution-driven COPD, asthma and other lung or respiratory diseases.

But a car-free city isn't a city lockdown or what is now becoming known as a 'climate lockdown', the latter having a much more profound impact on civil liberties. The airwaves, especially the more alternative ones, have been awash with talk that the English city of Oxford is planning a climate change-inspired lockdown.

It's also an idea that's being supported by none other than the World Economic Forum, widely recognised as being among the most influential think tanks driving the shift to ever more authoritarian states.

Given the raging debate, its potential implications on authoritarian creep, and the fact that sentiments have apparently got so heated the BBC claims death threats have been made on city councillors behind the plans, we decided to take a deeper look at what might actually be going on in Stephen Hawking's birthplace.

Anti-car planners in the grip of climate ideology, who're focused on reducing air pollution, planning to reduce car travel in the English city of Oxford as part of efforts to reduce emissions are meeting fierce opposition as councillors are accused of creating a climate lockdown. The Council has already introduced a zero emission zone that requires people to pay to drive in the zone if their car is not classed as zero emission and is now planning to implement measures to reduce car usage in the city centre.

Such schemes are based on the 15-minute city concept, first introduced by Prof Carlos Moreno, which envisages cities where humans adapt to the city, not the other way round. All the amenities one needs to access will be found within a 15-minute walk, bike ride or public transport trip of home. An idea, which won him an Obel Award in 2021. A concept, which has now been adopted by C40 cities.

The subject that has resulted in so much controversy is the Oxfordshire Central Travel Plan that was greenlighted by councillors - amidst considerable public opposition -  on 29 November 2022 just three months after it was proposed for public consultation. Plans were brought to prominence in a recent post on JoNova (more widely publicised on the 'Watts Up With That?' website) which proclaimed the plans amounted to 'climate lockdowns' that severely limit the freedom of residents movement within the city of Oxford and surrounding villages.

The initiative is part of Oxford Council’s Local Transport and Connectivity Plan, which sets out the Council’s vision to reduce the use of cars through to 2050 by prioritising walking, cycling, car sharing and the use of public transport in order achieve a ‘net-zero transport network by 2040’.

The most controversial part of the plan has been the proposal to install six traffic ‘filters’ to prevent private cars travelling on certain routes, although drivers will be able to apply for a permit that will allow them to use such routes for up to 100 days per year. Restrictions will be enforced through the use of an automatic numberplate recognition (ANPR) system, already deployed as part of the zero emission zone. The scheme is set to be put into place in the summer of 2023, initially for a 6 month period.

Such is the furore over the plans the Council has been forced to issue a statement clarifying its current plans.

The fact is, Oxfordshire's plan hasn't come out of thin air, it's part of a global urban planning model, commonly referred to as the '15-minute city', aimed at reducing cars and traffic - while also dramatically restricting freedom of movement and increasing surveillance. It's happening in cities across the world, Paris being just one other example.

The idea is that people are 'locked' into their neighbourhoods the majority of the time, but within a 15 minute walk or cycle ride from their home, they will be able to access all amenities considered by urban planners as essential, from buying food, accessing healthcare, to studying, through to getting access to green spaces. The private motorcar, emitter of greenhouse gases and of particulates that cause air pollution and lung diseases, as well as agent of car-related accidents, gets to be the fall guy. Along with the many freedoms the privately owned motor car has offered so much of humanity over the last century or so.

There's no doubt that there is growing pressure from places of great, global influence to try to make the notion of private motor car ownership seem increasingly irresponsible. The Oxfordshire city planners who have faced considerable, as well as noisy and sometimes even threatening opposition, probably had little idea of how they were to some extent pawns in someone else's much bigger game. 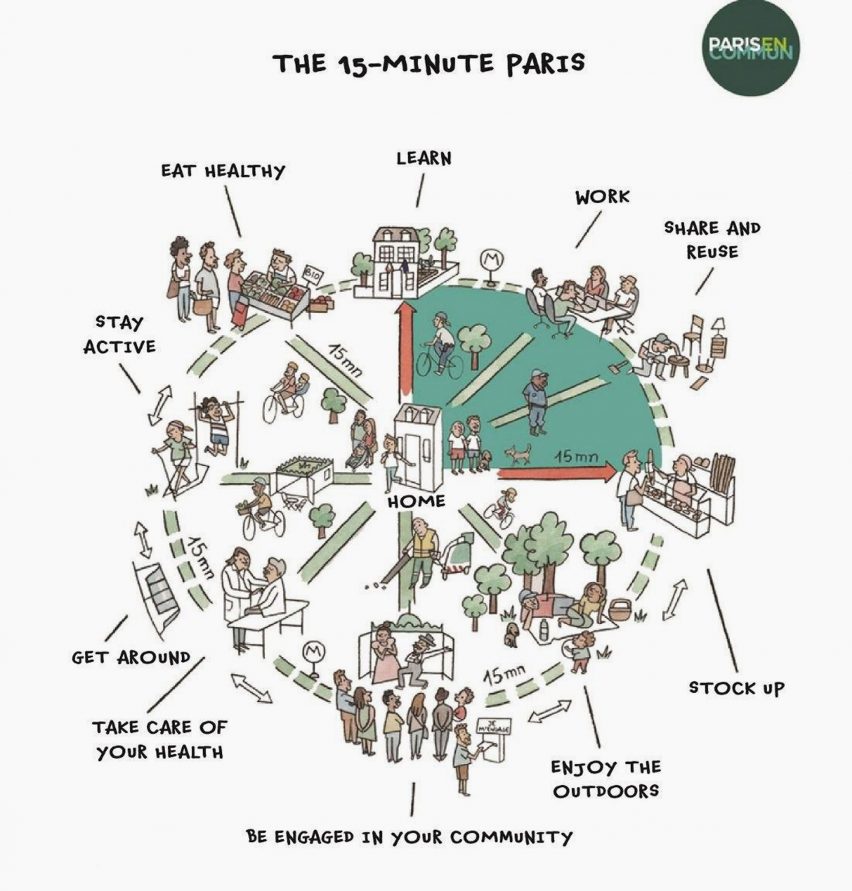 Is it a slippery slope?

This issue goes to the heart of many of the big issues we face today and contributes to a dilemma that is unlikely to find reconciliation by the majority. How far should the individual go in relinquishing personal freedoms to ensure the healthy function of the community? And should the community, or the state, or a global government, have the capacity to strip the individual or communities of their right and privileges for the 'greater good'.

As we've seen over the last 3 years, the problem is that increasingly authoritarian systems are being pushed on the public without any proper consideration of options that might elicit the same benefits without the withdrawal of civil liberties. For example, when C19 vaccines were foisted on the public, barring the odd antiviral (e.g. remdesivir) that was never shown to be deliver results, the 'vaccines' were positioned as the only show in town. That's why early treatment with nutrients and repurposed drugs had to be shut down, with communications about it censored and doctors supporting it being stripped of their medical licenses.

There are many other ways of making cities cleaner and safer other than creating '15-minute cities'. A good starting point is providing excellent public transport systems and cycleways - neither of which have been adequately prioritised or funded.

So yes, the 15-minute city plan in Oxford is most certainly, as far as we are concerned, part of a slippery slope, the implications of which need very cautious consideration. For example, schemes that require design changes such as the building of new ring roads (see Canterbury below) could end up increasing rather than reducing car use as people drive out of one zone and into another creating much longer journeys than those already taking place.

But then there's the dystopian side of such initiatives, as part the thin edge of the wedge of digital surveillance, social credit, and state control. A wedge that tries to ensure you own (and control) nothing, but hopes you'll still be happy (one of 8 predictions for life in 2030 by the World Economic Forum). 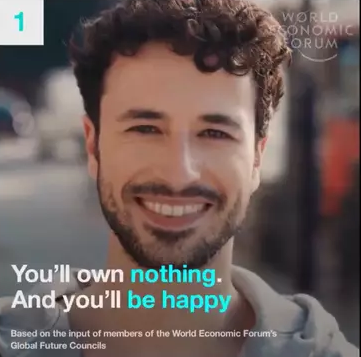 Oxford is not alone in its plans though. Canterbury in Kent is also planning to restrict vehicular access to the city centre, although its scheme will require the building of a new ring road to allow residents to travel in and out of five designated neighbourhood areas. Residents of each zone will be prevented from travelling between adjacent zones by filters similar to those proposed in Oxford, unless they travel via the new outer ring road, in order to discourage vehicle use.

Ipswich also has its own plans to create a 15-minute city, as does the London Borough of Newham in East London.

As with so many things, the implementation of new projects has been accelerated by covid and its associated lockdowns along with multiple other dystopian plans to ‘Build Back Better’.

On the surface the 15-minute city might sound like the perfect solution to deal with traffic congestion and reduce pollution but and it’s a big but, there are many who fear it’s the start of a plan to boil the frog slowly. Start with ‘climate change’ mitigation then move on to more and more coercive policies that limit people’s ability to travel freely. Add in the rise in Big Brother style mass surveillance and Smart Cities where every move you make is monitored through the Internet of Things and 15-minute cities might not be as innocous as they're being presented.

In the video below, Australian Senator, Alex Antic shares a glimpse of the future from a park in the City of Unley.