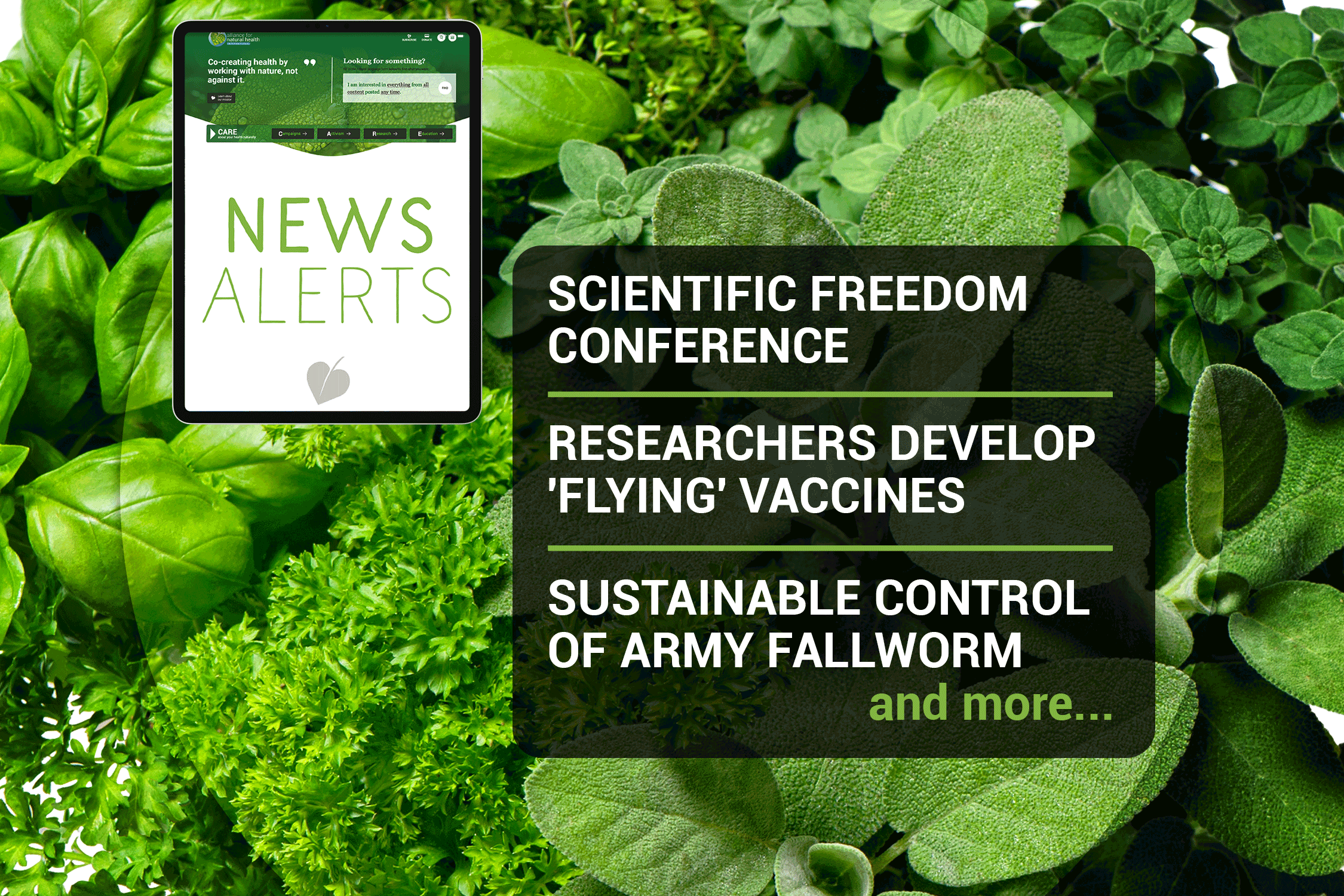 The Centre for Evidence Based Medicine (CEBM), Oxford is partnering with Dr Peter Gøtzche's, Institute for Scientific Freedom to present an international conference "The lack of scientific freedom; causes, consequences and cures" in Denmark. The two day conference takes place on the 24th and 25th October in Copenhagen and will be both in-person for those who can make it to Denmark, as well as streamed online. The conference will see a who's who of heavyweight scientists and healthcare professionals from a range of countries come together to present their research and discuss the current issues with evidence-based medicine and the ongoing censorship of the scientific community. If nothing else, expect the gathering to provide an antidote to the message of 'scientific consensus' promulgated during the coronavirus crisis. Click here to book your attendance.

Mosquitoes modified to 'vaccinate' against malaria

Mosquitoes have been genetically modified to 'vaccinate' humans against malaria. Volunteers were infected with genetically modified Plasmodium parasites designed to create antibodies, but not make people sick. Despite the hype around the research, it appears results have been mixed. Seven out of the 14 participants contracted malaria, while the antibodies produced by the remaining seven lasted only a couple of months. In the the study, published in Science Translational Medicine, the researchers proclaimed the trial was a success and the 'vaccine' was deemed to be safe. The researchers have said, however, that such a system would not be used in humans. The study doesn't take into account the impact on the surrounding environment should the mosquitoes escape or be released or any undetected off target effects in the modified mosquitoes that could potentially be passed on to future generations.

Farmers across the globe were promised GMO crops would solve the problem of army fallworm infestation of their crops. However, the introduction of modified crops in many areas has caused the army worm to mutate and become resistant. Now as the Kenyan government effectively lifts a decade long ban on GMO crops, farmers in Kenya are being offered a simple and sustainable solution to control the destructive pests. Known as push-pull technology, it uses a biological system to control the pests. A 'push' crop such as legumes is planted alongside the crop to be protected, which repels the pests. A second layer of protection, in the form of grasses, is planted at the edge of the crop, which provides a conducive environment for the bugs to lay their eggs 'pulling' them away from the main crop. Eggs laid in the grass don't hatch or develop. In turn, the legumes fertilise the soil by fixing nitrogen; they also provide food for humans while the grass provides feed for animals. It's the perfect win/win situation for farmers and the environment. 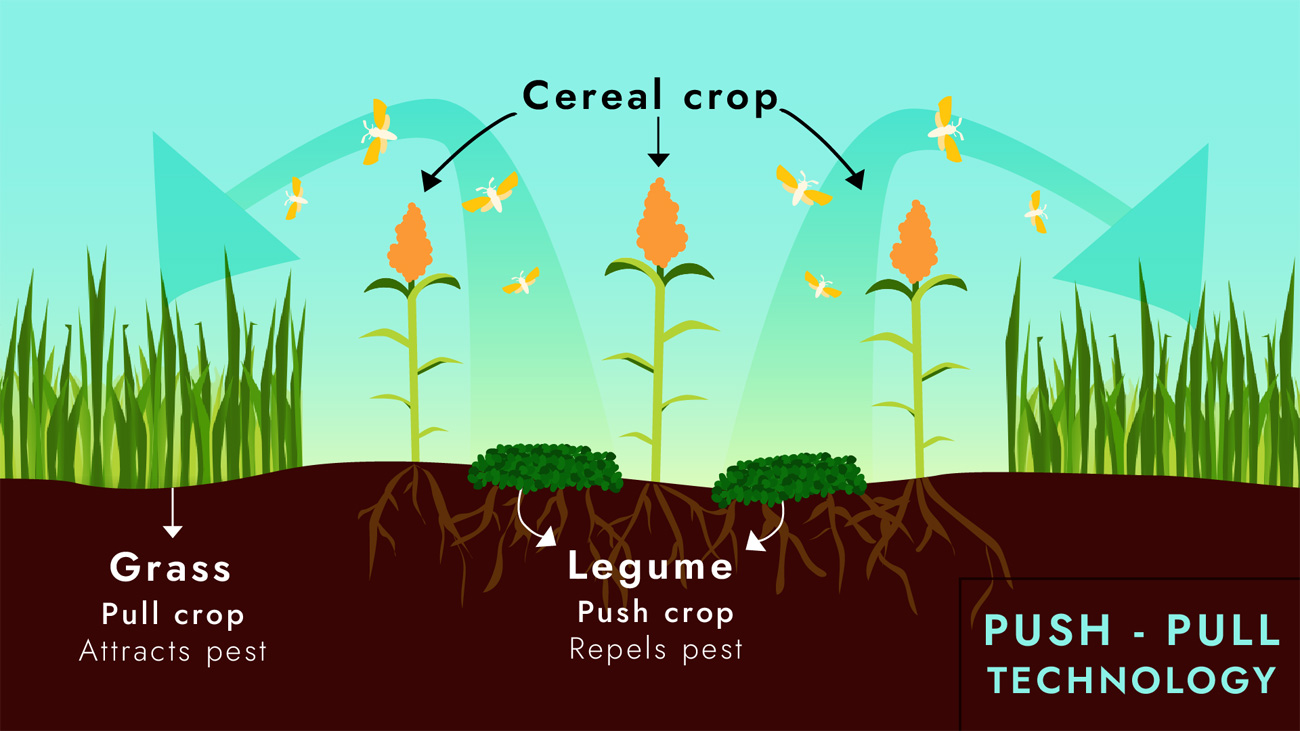