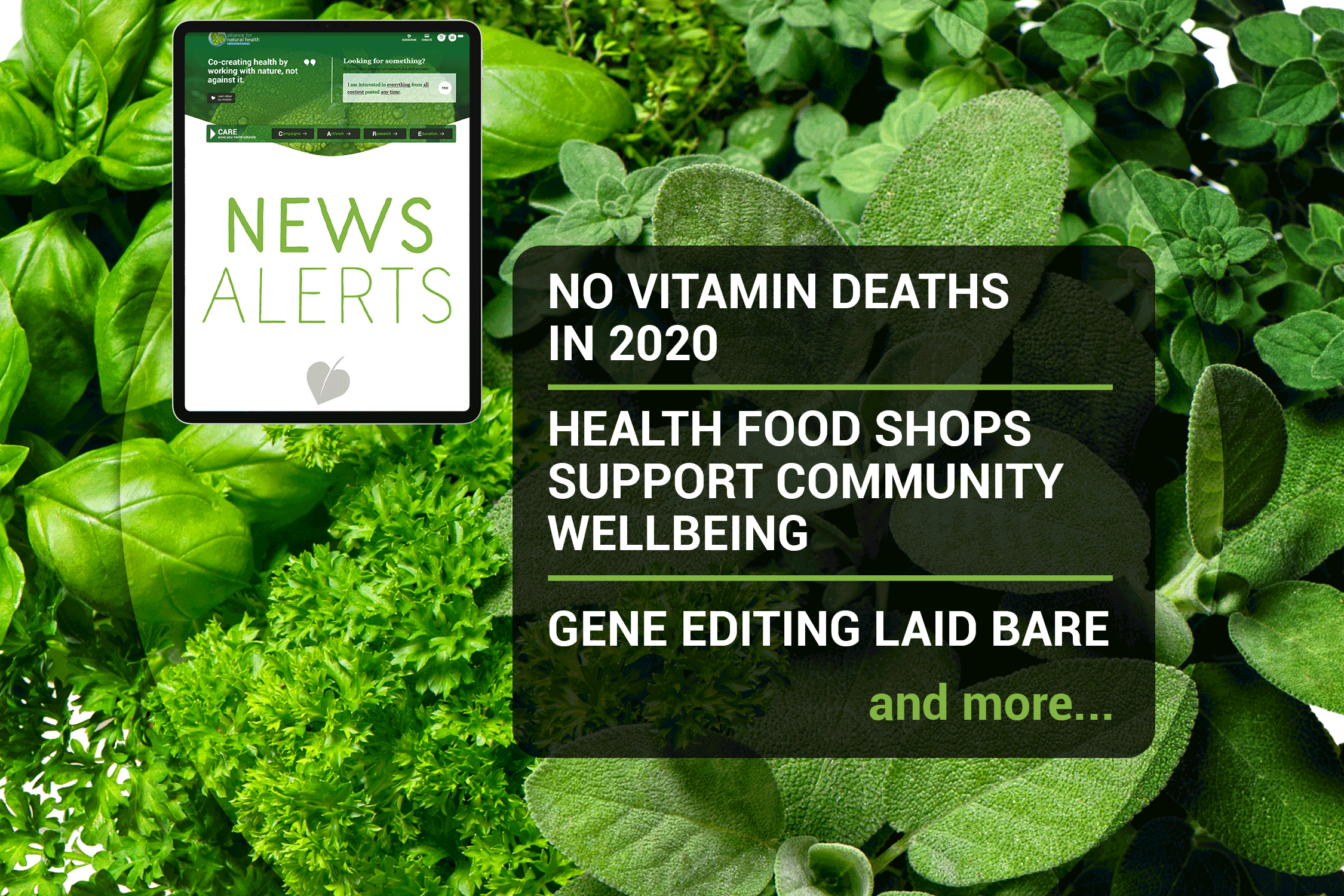 No deaths from vitamins in 2020

The 38th annual report from the American Association of Poison Control Centers published in Toxicology (see Table 22B, p 1476-1478) shows there were zero deaths attributed to a range of vitamin supplements. There were also no deaths from homeopathic remedies, Asian medicine, Hispanic medicine or Ayurvedic medicine listed. A big fat zero! It’s unlikely that such news will see the light of day in the mainstream news. However, such ongoing data puts paid to the continued attacks labelling these alternative therapies as dangerous. This is not new news though, check out our bubble chart from 2012 telling exactly the same tale.

A new film from UK supplement company, Viridian, highlights the importance of local, independent health food shops in supporting the health and wellbeing of people living in their communities. The film is part of a new campaign calling for health food shops to be officially recognised as a core resource for giving proactive advice on helping citizens to change their diets and use nutrient supplementation to help more people live healthier and get into the driving seat of their own health. Improving individual health will ultimately reduce pressure and demand on a healthcare system that’s on the verge of total collapse due to the overwhelm of largely preventable and reversible chronic disease such as type 2 diabetes, on top of the last almost two years of pandemic.

As the European Union (EU) and other countries start the process to allow the introduction of gene edited organisms into the human food chain with little to no oversight, Friends of the Earth (FOE) has released a new report entitled, ‘What lies beneath’. The report details the rise of big business' grab for control over our food chain. The report highlights the push to deregulate gene editing that poses a huge threat to biodiversity on the plant, taking away farmers autonomy and consumer choice. The FOE is calling on the EU specifically to step back from the brink by blocking patent claims generated by gene editing, and institute stringent regulations to control gene editing and support solutions to the growing so-called ‘climate crisis’ that work with rather than against nature. In reality, we need to introduce and promote agroecological techniques that promote biodiversity, respect nature and the put the health of the planet and all its inhabitants front and centre.