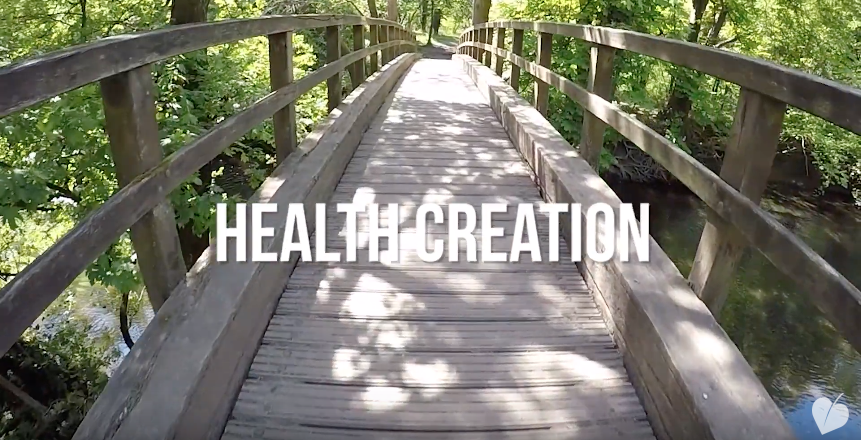 Is the narrowing of health inequalities more about empowerment in the mind than money in the pocket?

We are repeatedly told by academics, politicians and government bureaucrats that eating healthy diets and living healthy lifestyles is something that’s only accessible to the wealthy. This view is supported by large numbers of studies, so it becomes reinforced. It cements in most people's minds the idea that health inequalities – the gap between the healthiest and the least healthy – parallels an individual’s socio-economic status. It’s a great strategy for keeping vulnerable people in a state of dependence, disempowerment and inaction. But it’s a complete ruse, a trick, if we’re going to be frank.

Worshiping at the altar of science

As a society, we have been pushed down a route where science is revered to such an extent that we commonly confuse the effect of something with its cause. For instance, if we use science to simply reflect observations and we don’t look for causes, the next time we have a flat tyre on our bicycle, we’d think the problem was a lack of air. However, the problem is actually the tack on the road. For companies that sell bicycle pumps it’s an ideal scenario – they’ll keep selling pumps and no one will look to remove the tacks on the road.

In much the same vein, we’re told that science proves that poor people can never be healthy because studies repeatedly show that the wealthy have better health with fewer preventable diseases than the less financially well off. The cause is then put down to money, or its lack.  However, we know from some of the most healthy communities around the world, that money has little to do with it at all. Yet, the so-called ‘scientific’ view is the one that’s upheld. You have to ask why? As always, the answer is usually to be found if you follow the money trail.

Our view at ANH-Intl, is that the potential to redress health inequalities and provide solutions that can support people from all backgrounds, walks of life, cultures, ethnicities or socio-economic strata requires a major unpicking of this blind reverence for a certain kind of science. Corporate science - science done to benefit corporations, not people.

Food affordability is another very hot and contentious topic. But again, is the problem largely down to lack of money or to a lack of knowledge about food, where it comes from, what's done to it before it's bought - and how to prepare it? As we and others have shown, if a supermarket is someone’s primary source for food shopping, it can be no more costly to select whole foods as against those that have been endlessly processed and packaged. Looking at what school children learn in 'food technology' (notice it's recently acquired name), it’s easy to see how and why these skills are being lost - and being replaced by technologically-produced or handled foods. The syllabus is a world away from what we or our parents or grandparents were taught in our cooking, 'domestic science' or 'home economics' classes. Now, it really is all about technology and economics. Health is a side effect. Real food has been left out in the cold.

Stress levels in society continue to rise, many are living on the edge with no headspace except to survive and the number of disorders and diseases created by our mental dis-ease are also increasing. Yet to relax using mindfulness or meditation, or by taking a walk in the forest costs a whole lot less than the latest video game or a social in a pub or club.

This brings us centrally to what is increasingly emerging as the main problem facing radical change to how we manage our health. It's the degree or otherwise of our individual empowerment.

What's becoming more and more clear, is that the most disadvantaged are also the least empowered. This is among one of the most fundamental challenges to developing health systems that work for all of us that narrow rather than broaden health inequalities and that also respect our individual needs, cultures and choices.

It isn’t new technologies we need, it’s radically new approaches to healthcare and more importantly, health creation. In the coming weeks and months you’re going to be hearing a lot more from us on ways to create health transformation that is relevant for the extraordinary diverse communities who are looking for happier, healthier and more sustainable ways of achieving their full potential.

We firmly believe that it’s within our reach to make the necessary changes that our bodies, and the planet, demand. It’s an elaborate ruse to make everyone feel the opposite. We are so passionate about being at the forefront of this empowered change that we’re working incredibly hard to move our ‘Blueprint’ to a full community-based sustainable health solution into the real world, in a way that allows it to be tested and evaluated thoroughly. It might be radical - but there's never been a more important time for radical change. It's the only way forward given the dual crises we now face, in health and in nature.

Coming soon to a community near you…

Sunshine vitamin covid protection that governments need to back

Sunshine vitamin covid protection that governments need to back

Why Covid myopia is killing us

Why Covid myopia is killing us

The case for vitamin D

The case for vitamin D