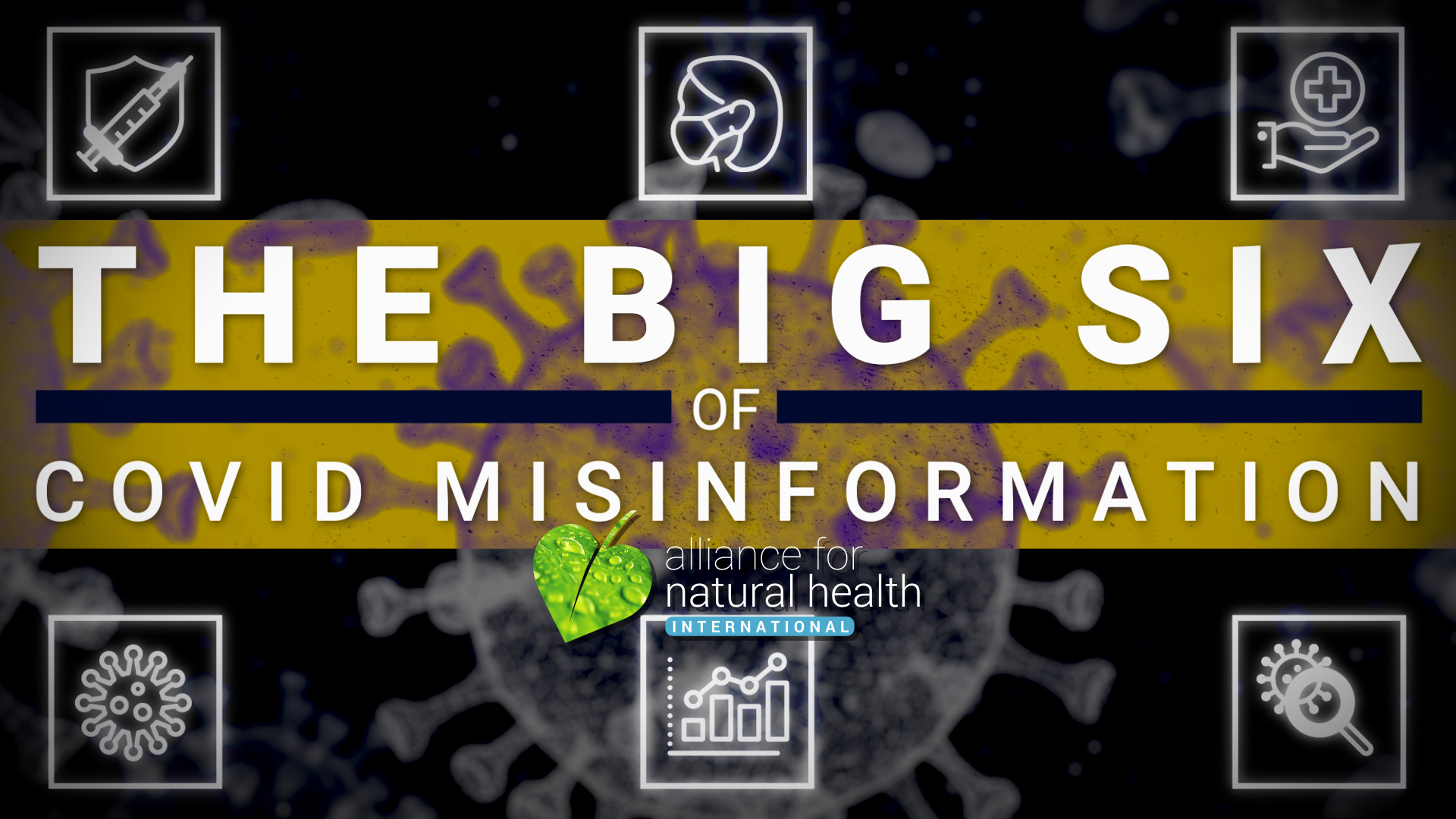 The Big 6 areas of Covid misinformation

Rob Verkerk PhD identifies six of the biggest areas of misinformation delivered by the mainstream media.

There’s an increasing divide between how Covid-19 related news and information is being reported by governments, health authorities and the mainstream media on one hand, and alternative media and independent expert commentators on the other.

This is particularly the case on matters of science. The resultant public uncertainty is fuelling ever more polarised public viewpoints in relation to what should and shouldn’t be done because of, or inspite of, the pandemic.

In this week's coronacast, ANH founder Rob Verkerk PhD identifies what we consider to be six of the biggest areas of misinformation we face daily through the narrative offered by the mainstream media.

A transcript of the coronacast is available below for your convenience.

It’s clear there’s an increasing divide between how the Covid phenomenon is being reported on by governments and the mainstream media on the one hand, and by alternative media on the other. But there’s also a growing divide in how the science is being reported – this uncertainty fuelling an ever more polarised view on covid and how what societies should and shouldn’t do because of, or in spite of, this so-called pandemic.

In this video, we’re going to look at 6 really key areas that are particularly rife sources of misinformation – this misinformation emanating from governments, health authorities or the mainstream media.

So there we have it – the Big 6 areas of covid misinformation as they currently stand. The data that informs each one of these areas are changing all the time but what’s been fairly consistent is that the general view being dished out by governments and health authorities hasn’t represented the scientific facts accurately. Next week we’re going to be releasing a piece in which we fact check the fact checkers – this new and rapidly growing group of often anonymous individuals who’re working tirelessly to marginalise any information that doesn’t fit with the agreed narrative – one that we and many other scientifically based organisations and groups agree is seriously misinformed.

Our most powerful weapon against misinformation – from wherever it comes – is good science. That’s been central to our own mission at ANH since we set up over 18 years ago.

Please help those around you to understand just how insidious the misinformation is – by sharing this video with those you care about and those in your networks. Please also don’t forget to subscribe to our YouTube channel if you want to see and share more videos from us. Thank you.