Home News The soil of life – is in deep trouble 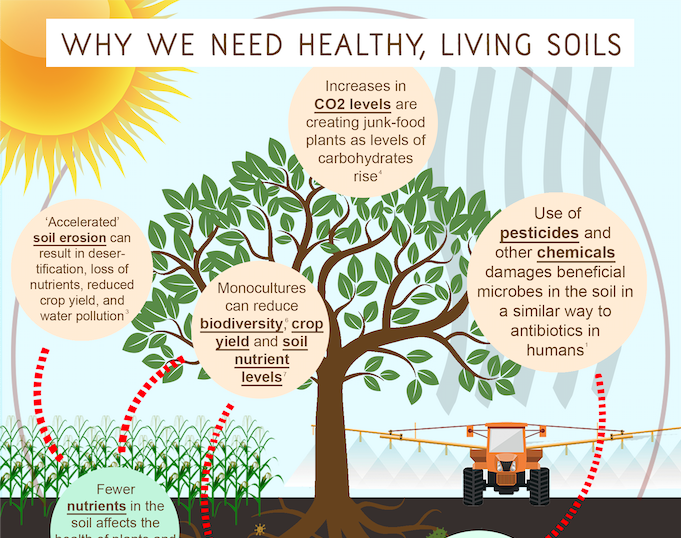 The soil of life – is in deep trouble

Where does your food come from?

The public at large is getting more and more interested in the origins of its food. But if that’s just the place or country of its origin – the provenance – that doesn’t tell us very much.

When you’re dealing with any plant food, there’s one thing that’s always critical to the health of the plant – and in turn – the health of the animals, including humans, that might feed on it. That’s down to whether the plant or crop has been grown in a living soil, loaded with organic matter and microorganisms!

The hard fact is that a great deal of the plant food bought in supermarkets is grown either without soil or in soils that have been heavily degraded.

That’s a problem when there’s an abundance of evidence that shows that healthy, living soils are a prerequisite for the production of healthy foods.

The two types of plant foods that you’ll commonly find that are often grown using soil-free cultivation are:

The benefits of living soils

Think about it. As a plant, you’re not in a position to run from your enemies, be these plant eating insects, mites or nematodes. So you need to adapt to your sessile state – and that means being able to communicate to your neighbours and friends so they can initiate some chemical warfare (using plant ‘secondary metabolites’) and a ‘cry for help’ from friends that can protect you (e.g. parasitic wasps, hoverflies, ladybird beetles).

The kinds of environment that let plants do all of this best necessitate a healthy, living soil. They also shouldn’t be over-crowded, and they need enough water and sunlight to do the magic called photosynthesis that converts sunlight energy, carbon dioxide and water into chemical energy (carbohydrate/food), oxygen and water vapour.

What’s gone wrong with the soil?

Many things have caused soil to be severely degraded since industrial agriculture kicked off in earnest after WWII.

Our graphic below tells you about some of the most important processes that are disrupted when you don’t nurture the soil in which our crops grow. 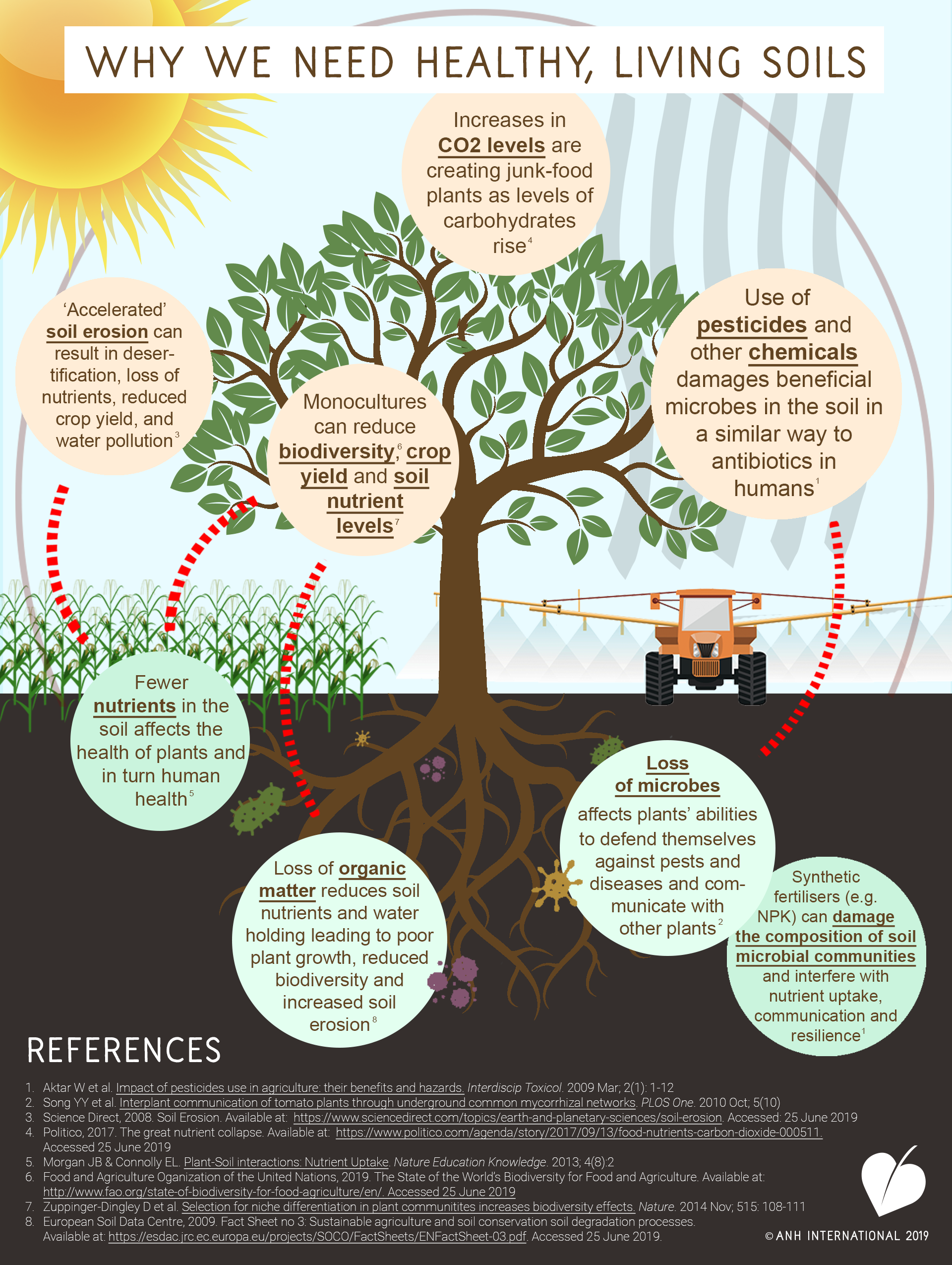 In short, this tiny layer of decomposing organic matter that covers 37.5% of the global land area is degrading so quickly because it’s value hasn’t been sufficiently recognised. Growing our plants in inert hydroponic media or on the moon won’t solve our problems. And if we’re going be concerned about rising CO2 levels in the atmosphere, we better develop a healthy regard for protecting both soils and our oceans. Both are incredibly important carbon sinks.

The Principle of Ecology is one of the core IFOAM principles for organic agriculture, stating: “Organic Agriculture should be based on living ecological systems and cycles, work with them, emulate them and help sustain them. In the case of crops this means that production should be based on the living soil.”

How do we restore living soils?

Regenerative agriculture is the key. Organic agriculture done properly is regenerative, but some of the Big Ag players interpret organic agriculture as a kind of ‘free-from’ agriculture system that means they simply avoid adding synthetic fertilisers and pesticides. That won’t regenerate a soil. So much more is needed, such as adding or building organic matter (e.g. mulching, composting, cover crops), crop rotation, set-asides, and avoiding exposed bare soils.

What can you do to support living soils?

It’s tough knowing how to eat responsibly – and it not having to cost the Earth (pun intended).

To ensure both planetary and human health, you could easily create a list of 30 or more things you should be looking for in the food you source.

But let’s make it easier. There are two massively important choices you can make that we think should top any list. If all of us did just these two things – we’d witness an agricultural revolution.  Not only would this transform agriculture from an unsustainable system that may not be able to feed burgeoning human populations, it would also go a long way to staving off the damage humans have wreaked on the planet. 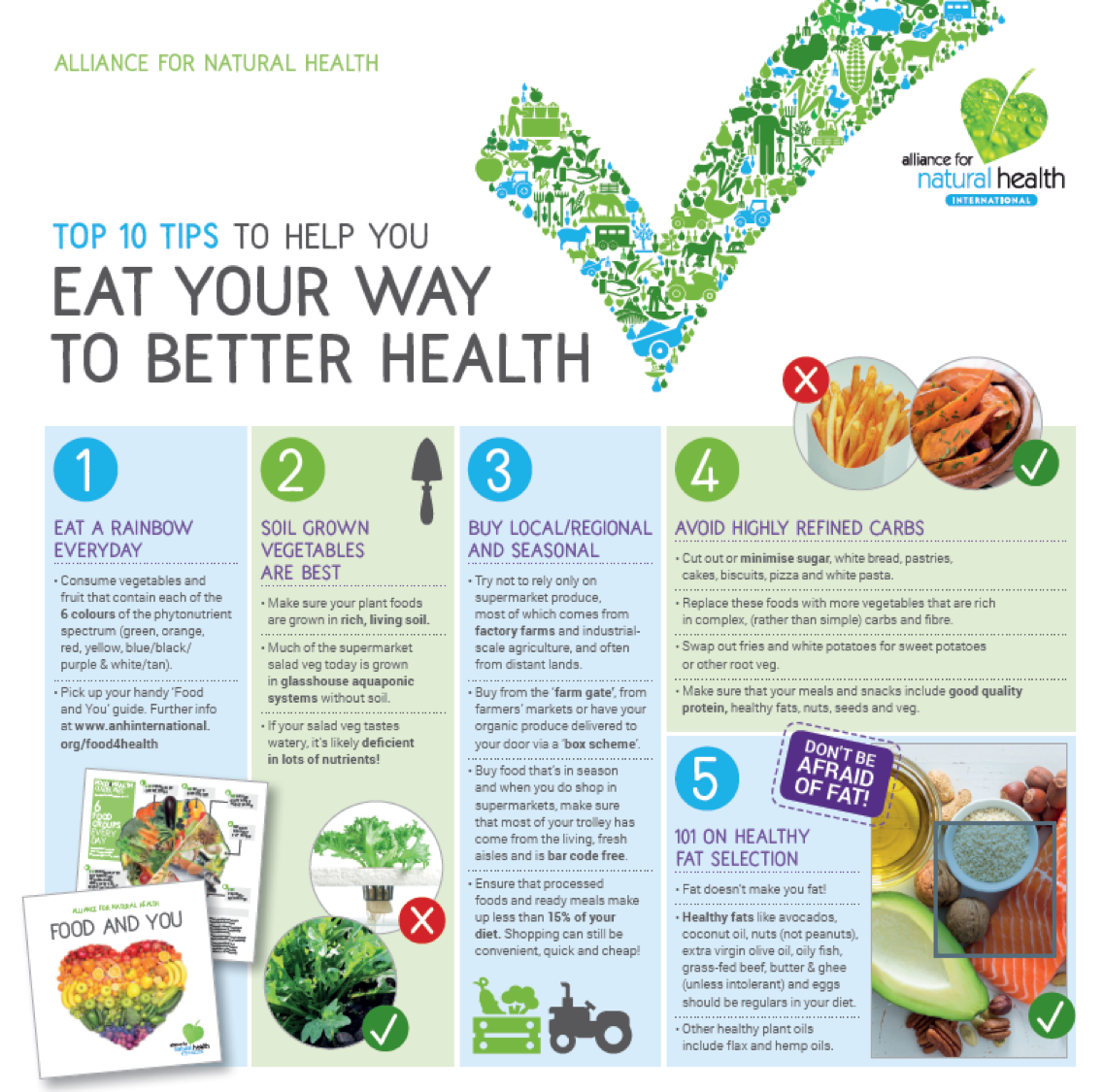 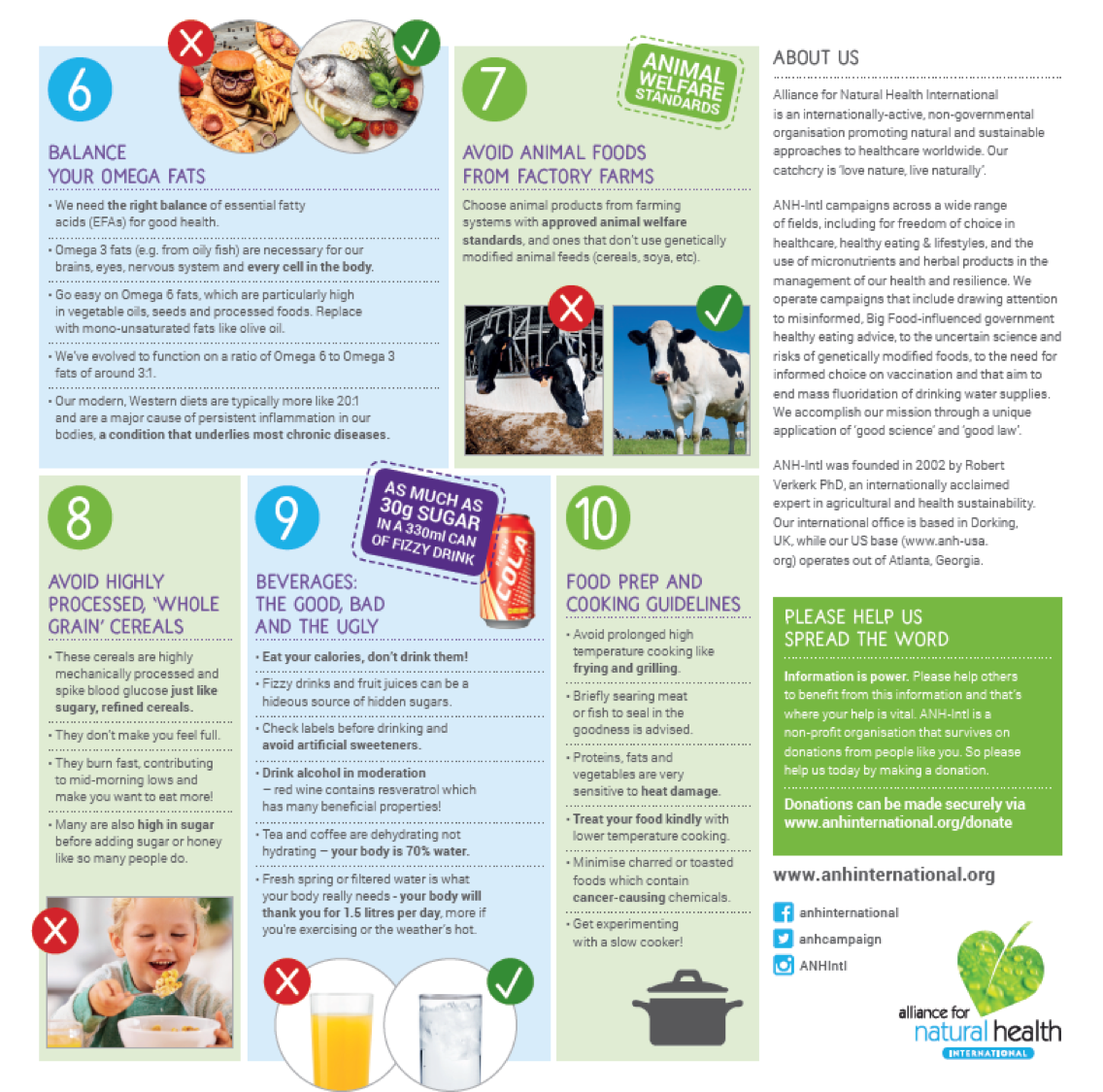