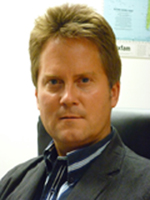 If you're a citizen of the European Union and haven't yet signed our online petition about unfair EU restrictions on vitamin and mineral levels, please do so now!! Make sure your voice is heard!

A critical study published in the scientific journal Toxicology casts serious doubts over the methods being considered by the European Food Safety Authority (EFSA) and the European Commission to limit dosages of vitamin and mineral food supplements across the European Union (EU).

Lead author of the Toxicology article, Robert Verkerk PhD, scientific and executive director of Alliance for Natural Health (ANH) International, considers the proposed methods for determining ‘maximum permitted levels’ as “fatally flawed”. Dr Verkerk and colleagues have made extensive representations concerning nutrient risk analysis to European and international authorities in the past, however, the Toxicology paper represents the most thorough scientific critique undertaken to-date.

Dr Verkerk claims that outputs from the models most favoured by European authorities have never been subject to proper scientific validation. The paper reveals that proposed maximum amounts for some vitamins and minerals are so low they may even be exceeded in a single junk meal. “The risk analysis methods being used for nutrients”, stated Dr Verkerk, “have been only slightly adapted from those used to limit our exposure to environmental chemicals like mercury, pesticides or dioxins. Nutrients cannot be treated in the same way because without them, unlike with environmental toxins, we suffer serious adverse health effects or die.”

A recent impact assessment undertaken by two UK health trade associations, the Health Food Manufacturers Association and the National Association of Health Stores, found that the proposed restrictions in the UK alone could potentially lead to the loss of well over £100 million worth of sales, the closure of more than 700 independent retail stores and around 4,000 job losses. Concerns over the impact of the restrictions were put forward on 2 December 2009 in the UK Parliament through an Early Day Motion (EDM 336).

ANH International claims that the findings revealed in the Toxicology article are of such profound significance that the European Commission’s plans to limit dosages of vitamin and mineral food supplements EU-wide should be delayed until such time that new, scientifically validated methods are developed.

The article has also exposed the fact that important principles for nutrient risk analysis put forward by a World Health Organization expert group in 2006 have so far been ignored. The authors of the critique suggest that entirely new methods, derived from the field of decision science, may be the most valid approach for nutrients.

Verkerk said, “It is now incumbent on the European Food Safety Authority, as the risk assessor, and the European Commission and EU Member States, as the risk managers, to fully justify their approach as well as the ways in which they intend to overcome the problems revealed in our analysis of their methods.”

The Irish Association of Health Stores and the ANH had both previously filed complaints with the European Parliament’s Petitions Committee over the European Commission’s proposed approach to the limitation of supplement dosages. It is likely that Members of the European Parliament who have supported the petitions will now require that the Commission respond also to the many scientific issues raised by the Toxicology critique.

The full reference to the ‘Epub ahead of print’ article is as follows:

Dr Robert Verkerk is founder, executive and scientific director of ANH International. He has 29 years experience in the fields of agricultural, healthcare and environmental sustainability, having divided his work between academia, industry and non-governmental organisations (NGOs). After being awarded his Masters and doctorate degrees from Imperial College London, he continued working at the same institution as a post-doctoral research fellow for some 7 years. His interest in the sustainability of agricultural systems not reliant on chemical inputs drew him to the field of human nutrition and its use as a distinct healthcare strategy.

In 2002, in order to address Dr Verkerk’s many concerns about current directions in global food production and healthcare, Robert founded the Alliance for Natural Health (ANH).  The ANH has become a leading, international non-governmental organization working to help create rational scientific and legal frameworks in order to promote natural and sustainable systems of healthcare worldwide.

The Alliance for Natural Health International (ANH-Intl) represents an international non-governmental organization dedicated to promoting natural and sustainable approaches to healthcare. It upholds that biologically compatible systems of healthcare, such as integrative medicine and functional medicine models, as well as many traditional healthcare systems that have evolved over millennia, are essential if sustainable systems of healthcare are to be developed. ANH-Intl considers that over-reliance on pharmaceutical drugs, a key characteristic of the dominant western medical model, is intrinsically unsustainable. ANH-Intl is working collaboratively with a wide range of scientists, lawyers, medical doctors, health practitioners, politicians and consumers, to help facilitate the development of scientific and legal frameworks appropriate to natural and sustainable healthcare.

Back to Good Science campaign