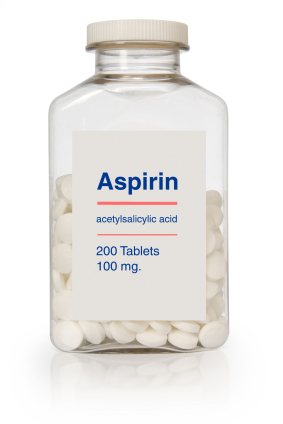 But natural anti-inflammatories have more benefits without side effects

A new study in The Lancet [1] shows that trusty old aspirin may reduce the threat of colon cancer in certain high-risk people.  But worry not, ‘naturophiles’!  There is a whole host of natural anti-inflammatories in our diets, or that can be taken as herbal medicines or supplements, which are likely to do the job even more effectively. Unsurprisingly, The Lancet is not talking about these.

What does the study say?

The Lancet study looked at 861 patients who were enrolled into the second Colorectal Adenoma/carcinoma Prevention Programme (CAPP2) trial. CAPP2 was set up to investigate whether aspirin and/or resistant starch protects against colorectal cancer. Patients were only included in CAPP2 if they had Lynch syndrome, a genetic variation that increases the risk of colorectal cancer. The authors could then compare the development of colorectal cancer among patients given aspirin or a placebo.

The results showed that 600 mg daily aspirin treatment reduced the development of colorectal cancer in these high-risk patients. Assessed after a mean 55.7 months of follow-up, including a mean treatment period of 25.2 months, the hazard ratio (HR) was 0.63 in favour of the aspirin-treated group. Although not statistically significant, this result strongly indicates a cancer-protective effect of aspirin.

Inflammation is the key

A role for aspirin in cancer prevention may be perfectly logical. Why? Because inflammation plays an important part in cancer development.  Since aspirin is a type of non-steroidal anti-inflammatory drug (NSAID), it reduces inflammation by inhibiting the cyclo-oxygenase enzyme system.  However, unlike the natural anti-inflammatories listed below, it doesn’t do a whole lot else.

Reducing inflammation with diet and nature

Despite any benefits it may have, aspirin is a highly purified form of acetylsalicylic acid that’s a far cry from the salicin-containing white willow bark upon which it’s based.  Like any isolated, particularly synthetic, chemical delivered in high doses, it can have side effects.

We’d recommend adding some or all of the following lovely substances into your diet on a daily basis before you consider popping an aspirin a day. All are anti-inflammatory and contain many different powerful phytonutrients and antioxidants, often as well as vitamins and minerals, that contribute to optimum health:

In addition, certain herbs have powerful anti-inflammatory effects, but these should be used only according to the advice of a qualified and experienced practitioner, and where the product is not contraindicated (e.g. pregnant women), viz:

And these are only a few examples! In addition, anyone wishing to follow an anti-inflammatory diet would be advised to ‘eat a rainbow every day’, cut down on all grains, carbohydrates and sugars but especially refined ones, reduce alcohol consumption and eliminate trans fats. When eating meat, try to source organic, free-range products, and in the case of beef or lamb, from grass-fed rather than grain-fed animals. Finally, to reduce the risk of colorectal cancer, eat plenty of soluble fibre in addition to the above!

Don’t look to aspirin as a means of reducing your cancer risk! Instead of making your stomach bleed, the simple dietary and supplemental strategies we've given here are nutritious, delicious and will help fire up your anti-inflammatory pathways. This will reduce your risk not only of cancer, but the full range of chronic diseases – including heart disease, type 2 diabetes, obesity and osteoporosis – all of which have inflammation at their core. There is one positive side effect, however: you’ll feel a lot better in yourself too!