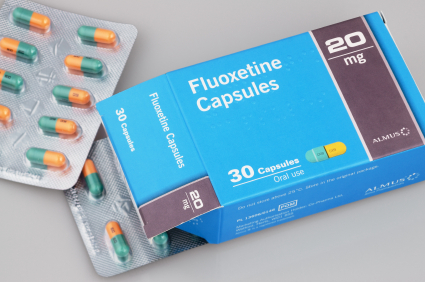 Boy kills friend because of Prozac

Is pill popping really in the interest of today's adolescents?

Serving as a stark reminder of the cost of our society’s over-reliance on pharmaceutical drugs, a Canadian judge has found that that the widely used anti-depressant, Prozac (fluoxetine), was responsible for a 16-year-old boy committing murder. Before taking the Prozac, the boy had been described as a loving, happy-go-lucky kid, but once on the drug he quickly descended into a ‘dark’ place. In a psychotic bout that was believed to be triggered by the anti-depressant, the boy stabbed a female friend in his home. She died of a stomach wound at the scene in September 2009. Concerns expressed to the boys various doctors by his parents about his deteriorating behaviour were largely ignored and only met with the dose being increased.

This case adds to the many others that show that Prozac and other selective serotonin re-uptake inhibitor (SSRI) drugs, including Seroxat and Zoloft, have the potential to induce bouts of uncontrolled mania or psychosis that may lead to self-harm, suicide or homicide. The risk for adolescents, such as in the latest Canadian example, have been shown to consistently be higher than with other age groups.

Here’s an extract from the US Food and Drug Administration (FDA) approved label text (updated June 10, 2011) that puts the suicidal risk into context:

“Patients with MDD [major depressive disorder], both adult and pediatric, may experience worsening of their depression and/or the emergence of suicidal ideation and behavior (suicidality) or unusual changes in behavior, whether or not they are taking antidepressant medications, and this risk may persist until significant remission occurs……There has been a long-standing concern, however, that antidepressants may have a role in inducing worsening of depression and the emergence of suicidality in certain patients during the early phases of treatment. Pooled analyses of short-term placebo-controlled trials of antidepressant drugs (SSRIs and others) showed that these drugs increase the risk of suicidal thinking and behavior (suicidality) in children, adolescents, and young adults (ages 18 to 24) with MDD and other psychiatric disorders.”

But of course the mania that triggers suicidal behaviour, seems to just as easily trigger homicidal behaviour. The ultimate irony is that Prozac is specifically indicated for patients, even adolescents, with obsessive compulsive disorder (OCD). Few are made fully aware of the potential very serious and unpredictable side effects.

In the UK, concerns have arisen over recent years as the number of NHS prescriptions of antidepressants has doubled in the last decade, and doctors fear many of these may be unnecessary. This begs the question: “As a society, are we becoming more and more depressed? Or just more and more drug-reliant? Or is it both?”

NEJM ex-editor tells it the way it is

Marcia Angell, former editor of The New England Journal of Medicine and now a lecturer in social medicine at Harvard, wrote a two-part essay in The New York Review of Books citing research that suggests that antidepressants may not be any more effective than placebos for treating most forms of depression. Looking specifically at a meta-analysis, carried out by University of Hull psychologist Irving Kirsch, that carried out trials on many of the most commonly used antidepressants, she points out that many of the studies were never published because they failed to yield positive results. Interesting. Almost as interesting as this quote regarding antidepressants from Kirsch "the relatively small difference between drugs and placebos might not be a real drug effect at all. Instead, it might be an enhanced placebo effect." It is worth mentioning that Kirsch had to use the Freedom of Information Act to obtain the information. Angell’s essay can be read at the following links:

What about doing nothing?

Evidence revealed during the case leading to the recent Canadian ruling has stressed that the boy, charged as a youth with secondary-degree murder, has now returned to his normally balanced state, despite having been in jail for two years. The reason? He’s no longer on Prozac. So what happens if you don’t prescribe SSRIs in depressed patients? A study published back in 1997 in the British Journal of Psychiatry showed that over 6 months, 63% of untreated depressed patients saw their symptoms improve as opposed to just 33% of depressed patients treated with drugs. More recently, the National Institute of Mental Health (NIMH) found that 23% of the non-medicated patients recovered in one month, 67% in six months and 85% within a year. The investigators found that “….non- treatment-seeking individuals have an inherently better prognosis than treatment-seeking individuals” and the investigators said, “If as many as 85% of depressed individuals who go without somatic treatments spontaneously recover within one year, it would be extremely difficult for any intervention to demonstrate a superior result to this.”

Of course drugging becomes an easy option for psychiatrists armed with a battery of drugs and the psychiatrists bible, the Diagnostic and Statistical Manual of Mental Disorders (DSM-IV) which lists nearly 400 different disorders or mental diseases. Among the disorders listed are: Intermittent Explosive Disorder, Pathological Gambling and Exhibitionism. The DSM, which some argue really stands for Diagnosis as a Source of Money, has been criticised for encouraging diagnosis and hence drug prescription, while it also has involved psychiatrists with strong links to the pharmaceutical industry.

And what about going natural?

Have the prescribers forgotten that the evidence for use of natural alternatives such as St John’s wort are at least as effective as SSRIs on a good day, yet have fewer side effects, none being related to the psychotic bouts associated with SSRIs? And what about addressing the social context in which our adolescents are growing up? Sorry, we forgot, there’s no money to made in that.

The take home message? Perhaps first look to the cause of the problem…don’t just pop a pill – it could kill you, or worse, still, someone else.