Home News ANH FEATURE: Californians hold the future of the biotech industry in their hands

ANH FEATURE: Californians hold the future of the biotech industry in their hands

The people of California could help precipitate a tipping point for human aversion towards genetically modified (GM) crops around the world. These genetically modified products of the biotech industry have been slipped unlabelled into the mouths of Americans since they were first introduced in 1996. A stunning 70% or more of packaged foods in the USA now contain genetically engineered foods, with consumers not being given any right to know whether they are—or are not—consuming them. It is no exaggeration that the introduction of GM foods to the human food supply has probably been one of the world’s biggest uncontrolled human experiments.

But the people of California have the opportunity this year of telling Monsanto and other biotech companies that they are no longer prepared to be kept in a state of ignorance over where genetically engineered foods can be found.

Representing the ninth largest economy in the world, California’s decision over mandatory labelling of genetically modified organisms (GMOs) in foods is not a trivial issue. There are already 17 US states considering labelling and the Californian decision could easily swing it one way or another for the rest of America. From here it will likely have impact around the rest of the world; about 50 trading partners, including the EU, China, Russia, Japan, Australia and New Zealand have already imposed mandatory labelling of GMOs for food destined for at least the human food supply chain.

But because humans, it seems, seem to largely avoid eating GMO-containing foods when it’s labelled as such, this could seriously reduce the total global supply of GMOs into our foods. It, of course, will have little effect on the GMOs in the animal food chain, given that even in Europe, around 85% of compounded animal feed now contains GMOs.

To get the GMO labelling provision into California law requires a successful ballot initiative campaign. This requires that the California Right to Know Genetically Modified Food Act is qualified on the ballot. This needs both signatures and money. Both are, of course, top priorities of the campaign, and a great focus for Pamm Larry and other campaign leaders, as we detailed last week.

Key dates are April 22, for the first stage of qualification, when about 800,000 signatures in support of the measure need to be filed.  Then there’s stage two which requires that the measure is qualified for the statewide vote that will be taken in November. The success of this will depend on the relative success of the pro-labelling campaign—and especially its volunteer and fundraising support—versus the best efforts of Monsanto, a clutch of other biotech interests, anti-natural health skeptics, and those that simply have infallible and blind trust in a government’s ability to work with industry and provide us with safe food, be it genetically engineered or otherwise.

As the target dates for the ballot initiative get closer, it’s inevitable that counter campaigns will be issued in a wide variety of guises.  Some will be testing the waters, others will be drip feeding pro-GM and anti-GMO labelling messages through the media, including via editorials. These will include the familiar biotech industry war cries, all of which are myths designed to help the biotech companies line their pockets while contaminating the planet with their patented wares. Some of the biotech industry’s favourite pro-GM myths include: GM is needed to feed the world, GMOs are safe and have been thoroughly tested, GM crops are cheaper than conventional ones, GMO labelling will cause price hikes and disadvantage the poor, coexistence between GM and non-GM crops is the way forward, genetic modification by humans has occurred in crops and domesticated animals for thousands of years and transgenic technology is no different. These arguments have been deconstructed, but a useful summary of the main myths can be found on our Say No to GM campaign page.

Some GMO labelling detractors will even choose to go after the most prominent figures supporting the issue, in the hope that their attempts to destroy credibility will have a knock-on effect on the campaign messages.

The Sacramento Bee’s attack on the campaign

An example of some of what is to be expected is seen in an article published by the senior editor, Dan Morain, of the Sacramento Bee on 19 February. For those who don’t already know it, Sacramento is the state’s capital so this editorial lands on the desks of some of the state’s most influential decision-makers. Morain’s article provides a measure of just how hot people get about this issue; just 4 days after the article’s publication, all comments were removed. They were replaced with the statement: “Editor's note: Comments on this column were removed Feb. 23 because of personal attacks, hate speech and other inappropriate comments.” 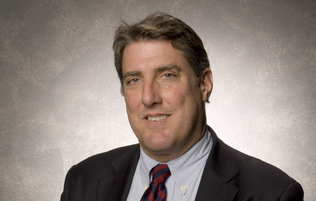 A read of the article will tell you why such emotion was engendered. The article opens with a savage and unfounded attack on Dr Joseph Mercola, who has a reach, via his website, that exceeds any natural health-oriented channel anywhere in the world. Dr Mercola and his team are passionate about the GM  issue and have seen fit to put a big chunk of hard-earned cash towards the ballot initiative campaign—for nothing other than the greater good of the American people. That of course makes them an obvious target for biotech industry shills, here perhaps in the guise of the Sacramento Bee senior editor. As for other content of Morain’s editorial, some of it is so off-base, you, the educated reader of ANH news stories, will be able to make up your own mind! Had the comments section still been open, many of you would likely have wanted to leave your mark.

The people need to speak out

The reality is that a win for GMO labelling in California is not a dead certainty, despite the fact that 93% of Americans were found to want GMO labelling in a 2010 Thomson Reuters poll. The big unknowns are apathy and, in particular, the sheer weight of PR that is likely to be delivered in the coming months by counter campaigns, both subtle and in-your-face. To be successful will require concerted effort by very large numbers of people, both within and outside of California. The ultimate irony is that as much as most Americans feel they still live in a free world which supports a democracy, the GMO issue in the US would suggest otherwise. While polls consistently show that over 90% of Americans support GMO labelling , it’s something that has to be fought for by the public. Like people in other parts of the world, that’s not because they want to choose it, it’s because they want the option to be able to avoid it!

Californians must also understand that mandatory GM labelling in Europe didn’t come about because highly cautious governments were worried about the health of their citizens or risks to the environment. To the contrary, the European Commission and a number of influential Member State governments including the UK, Holland, Sweden and Finland, have been consistently pro-GM. It is the people, however, that have stood up and forced the issue, and governments have had to respond, on the basis of their recognition of the principle of informed consumer choice, otherwise known as the right to know.

So, speak out, the people of California must! Not just for themselves but for future generations. And we can help them.

Alliance for Natural Health. Check out our Say No to GM campaign for quick access to the key issues. All of these organisations are collaborating to help ensure that the most relevant information is brought to the forefront of the campaign. Arguments used by the GM lobby that there is no evidence of health and environmental adverse effects of GM technology is simply hogwash, if you didn’t already know. Jeffrey Smith has done more than anyone on the planet to collate the data you need. His two books, Seeds of Deception and Genetic Roulette are essential reading!

ANH Say No to GM campaign