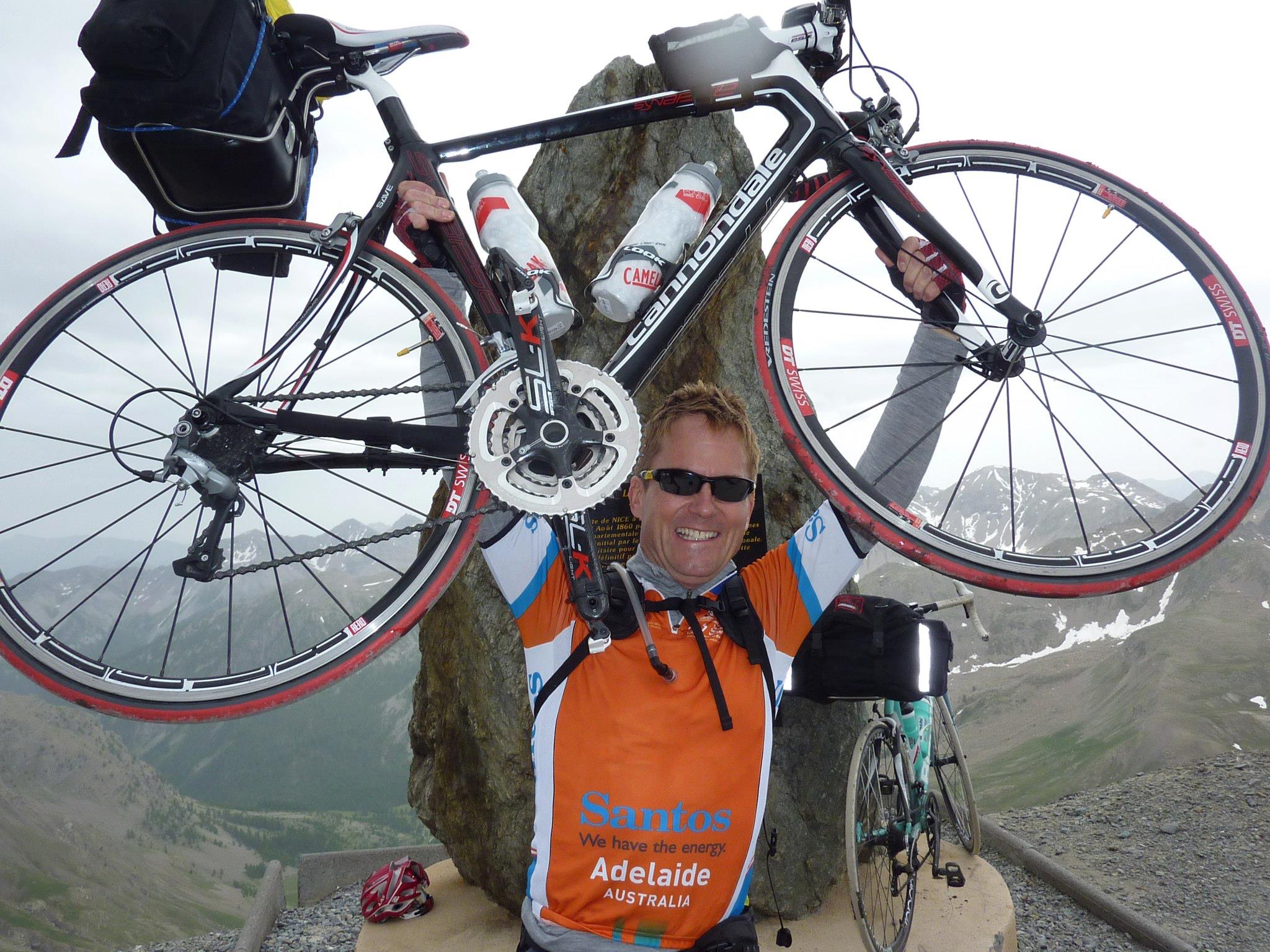 Changing lanes and cycling the Alps

Like to so many of us, I was succumbing to 20th century lifestyle diseases as I approached my first half-century. Physical inactivity, born of intense, long hours behind a desk, was, I believe, the single biggest culprit contributing to my increasing waistline, rising blood pressure and persistent feeling of fatigue after lengthy work days. In fact, it was this post-work fatigue that conspired to prevent me from becoming more active in my limited spare time. Added to this was my desire to maximise time with my family. In my case, having been responsible for two batches of kids, I should add that 34 years of my life will be spent being responsible for children under the age of 18!

It seemed that what would be typically described as a good diet and positive mindset were not enough to compensate for my relatively low level of activity, which typically amounted to a 1- or 2-hour mountain bike ride every couple of weeks. Many of us will experience a wake-up call at some time. Ideally, this will occur well before any Western medic would diagnose clear symptoms of heart disease, diabetes or — since the two so often run hand-in-hand — cardiometabolic syndrome. Over a period of 10 years, I had gained around 20 kg in weight, had developed a lipid profile that could not be described as entirely healthy, had mild hypertension (elevated blood pressure) and seemed to be permanently exhausted. When I laid my head on the pillow at night, my pulse would be pounding so hard in my head that the thought of getting up early and going on a run or a bike ride before work seemed like the best way of bringing on a heart attack. At the time, of course, it would have been a dangerous thing to do, and our survival instinct can often provide a reasonable assessment of whether we’re ready for more intense exercise. 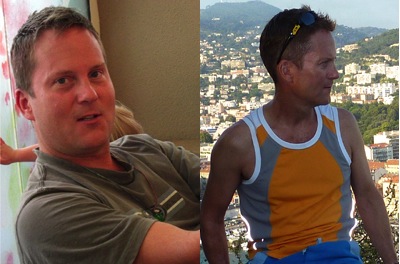 Following in Hannibal’s footsteps (sort of….)

For any of you who have followed our Facebook and Twitter feeds over the last week, you’ll know that I successfully cycled across the French Alps — from Grenoble to Nice — together with my eldest son, Misha. Okay, our route was closer to Napoleon’s than it was to Hannibal’s, but during the course of our ride, we included some of the toughest climbs used during the 100-year-plus history of the Tour de France. This involved Alpe d’Huez (1,860 m), Col de Galibier (2,645 m) and one of the highest paved roads in Europe, Col de la Bonette (2,802 m). In four days, Misha and I covered a vertical ascent that exceeded the height of Mount Everest — on laden bikes and with backpacks. 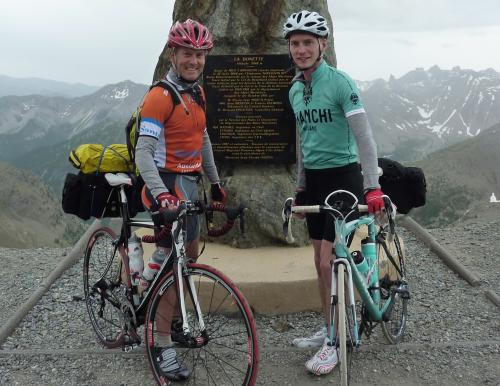 Nipping metabolic syndrome in the bud

Just 45 minutes after our arrival at the Mediterranean coast at Nice last Wednesday afternoon, Misha received the anticipated email from administrators at University College Hospital, London, letting him know the results of his final medical exams. As it happened, the results couldn’t have been better: Misha qualified as a medical doctor with distinction! With a celebratory drink of the bubbly stuff in our sweaty palms, I listened very closely to the newly qualified, 24-year-old medical doctor across the table from me. He commented both on the extent of my recent physical changes and the relative ease with which I was able to ride those mountains on a laden bike. He also confirmed that, while I no doubt would have had pre-clinical symptoms of metabolic disease back then, few conventional doctors would have done much about them. And since medical students are not trained in diet and lifestyle modification, action — typically largely pharmacological in nature — would generally only be taken when health had deteriorated further and conditions had become considerably more serious. And there lies the time bomb that concerns so many of us.

So what were the triggers for my decision to seriously incorporate more physical activity into my lifestyle? When you’re pedalling up mountains, you have time to mull over such things. I decided there were three key factors:

Coupled with these changes, I used a very specific training regime that didn’t require massive hours in a gym or in the saddle, something I find is difficult to incorporate into my busy lifestyle. But we’ll discuss training techniques that help in endurance activities in a future article.

If this article helps a few more people to become more physically active again, it will have served a purpose!