Home News Spinning Seralini: why controversial GM study must not be ignored 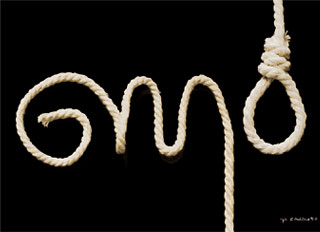 Spinning Seralini: why controversial GM study must not be ignored

Bravery, stupidity, or vested interests? These are some possible characteristics of those who are desperately trying to force the retraction of the study by Séralini et al about the long-term risks of eating genetically modified (GM) crops. As we indicated in our previous article on the subject, the study wasn’t perfect. Few are. But what’s needed is more research – not burial of Séralini et al’s findings. But will the European Food Safety Authority (EFSA) listen?

How did we get here?

The story of the Séralini et al paper is both tangled and fascinating. On 19th September 2012, Professor Gilles-Eric Séralini’s group at the University of Caen, France, and the Committee for Research and Independent Information on Genetic Engineering (CRIIGEN), published their paper. Their results showed shortened lifespan and increased tumour incidence in rats fed Monsanto's NK603 GM maize and glyphosate (Roundup) herbicide long-term.

On the very same day, the UK-based Science Media Centre published the views of several scientists who rubbished the findings. As GM Watch pointed out at the time, this was a suspiciously rapid turnaround for a thorough scientific analysis of complex, important data. Yet the Science Media Centre’s points were widely regurgitated by the media, proving the value of a rapid rebuttal.

EFSA published its initial review on 4th October, declaring Séralini's paper to be, “[Of] insufficient scientific quality to be considered as valid for risk assessment”. Its criticisms included several of the points made by the Science Media Centre, ourselves and others, and went further. EFSA alleged, among other things, that the authors had not followed specific Organisation for Economic Cooperation and Development (OECD) guidelines specifying a minimum of 50 rats per group for an experiment such as this. The Authority asked for further information in advance of its final determination, promised for the end of October 2012.

At this point, it is useful to highlight that Prof Séralini had felt compelled to perform his experiment under conditions of strict secrecy, to avoid it being scuppered by the biotech industry. The study authors even took the unusual, and unpopular, step of asking journalists to sign a non-disclosure agreement prior to receiving the study text.

In this context, what happened next is less surprising: Prof Séralini refused to hand over his data to EFSA, claiming that his study exceeded the level of scientific rigour employed in the studies used by EFSA to approve many GM crops. Publicly release all of the data relating to GM crop approvals, said Séralini to EFSA, and I will do the same – then we can all see who is doing the 'best' science on GM crops.

On 22nd October, EFSA complied with Séralini's request, or so it claimed. But, in a French article translated by GM Watch, Séralini's group accused EFSA of “bad faith”: “There are no biological data (analyses of blood and tissues) on which you can work. This is really a con trick".

NGO to the rescue

In the absence of definitive data from EFSA, it was left to the non-governmental organisation Testbiotech to take a close look at the studies EFSA deemed acceptable for approval of GM crops – and to compare them with Séralini's paper. Its report, entitled The double standards of EFSA, is essential reading for anyone wishing to understand the finer details of this affair.

The report points out that EFSA has been inconsistent when handling scientific research. When it's a GM crop produced by Monsanto and other biotech companies, EFSA has happily accepted scientific standards well below those the Authority now chooses to apply to Séralini's paper. According to Testbiotech, “EFSA does not apply OECD standards to sub-chronic, 90 day feeding studies when these are prepared by industry and do not show health effects from consuming genetically engineered foods. In contrast, the OECD standards have been used by EFSA to attack the research of Séralini et al”.

It's the same picture with chronic and generational feeding studies – even though, “Very few have so far been conducted using plants that are actually authorised in the EU and assessed by EFSA”. Testbiotech examined several such studies and concluded: “None of [the papers] describing chronic feeding studies with genetically engineered plants have met the standards being used by EFSA to criticize the research of Séralini et al., 2012”. Table 1 illustrates this point by comparing the Séralini paper with several trials included in a review of chronic and generational studies, performed by Snell et al, which EFSA accepted. The Snell review is often used to defend the long-term safety of GM crops by the biotech industry and regulators. EFSA, of course, doesn't see any of this as double standards at all. 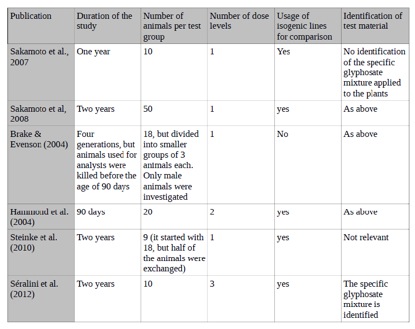 Table 1. Comparison of the Séralini et al study on GM maize NK603 and Roundup fertiliser with other long-term feeding studies on GM plants, which have been accepted by EFSA. From Testbiotech backgrounder, The double standards of EFSA.

Echoing the establishment campaign against Andrew Wakefield's work, the journal Food and Chemical Toxicology is being pressured to retract the Séralini et al paper. CRIIGEN is surely correct to say that the campaign is being orchestrated by the biotech industry in, “A veritable public relations war with no holds barred”. Séralini's work is, incidentally, supported by many independent scientists.

No-one is saying that the Séralini et al paper was perfect, but it's becoming clearer every day that it should be used as a launchpad for further research. Unfortunately, to us, this looks like the story of Dr Arpad Pusztai all over again. Let's hope that there's a better outcome this time, for the sake of science and public health. We will, of course, keep you informed.