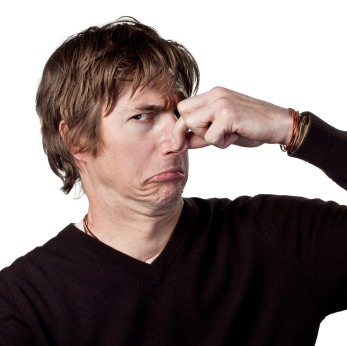 In the red corner: a breathtakingly distorted report on genetically modified (GM) crops by a biotech lobby group. In the blue corner: news that potentially dangerous viral fragments may lurk in most commercial GM crops. These two documents, published on the same day, sum up the state of the GM debate in Europe.

At the end of 2012, we gazed into our tealeaves and declared that, “2013 will be a crucial year if Europeans are to keep GM off their plates and largely out of the food supply”. Our prediction was a response to an increasingly visible agenda on the part of the European Commission (EC) – an effort fronted by Professor Anne ‘GMO Lover’ Glover – to persuade a sceptical public that GM is both safe and necessary.

However, a dose of realism intruded into the debate on 21st January 2013.  In a 2012 paper, Nancy Podevin and Patrick du Jardin identified that, “Of the 86 different transgenic events (unique insertions of foreign DNA) commercialized to-date in the United States 54 contain portions of Gene VI within them”.  Gene VI is found naturally in the cabbage mosaic virus (CaMV), and may not be safe for human consumption. Independent Science News described the affair as, “A complete and catastrophic system failure” in the scientific risk assessment process. 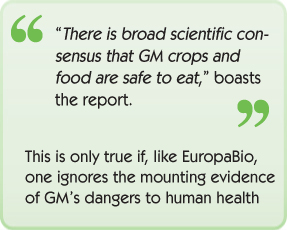 EuropaBio report: another brick in the pro-GM wall

On the very same day, 21st January 2013, the biotech industry lobby group EuropaBio released a report entitled Science Not Fiction: Time To Think Again About GM. In the words of Member of the European Parliament (MEP) George Lyon, the report, “Aims to look at the reality of crop science [and] explode some of the myths around GM”. As is par for the course with the biotech lobby, virtually every sentence of the report contains a distortion, omission or inaccuracy – and as ANH is against shooting fish in barrels, we’ll limit ourselves to five examples.

They’ve got their work cut out!

EuropaBio’s report may be laughably transparent in its aims, but it’s reassuring to know the biotech industry face an uphill struggle. As BASF announces the abandonment of its application for approval of three GM potatoes, the European climate for GM appears to be hardening in its opposition. Long may it last.

Please distribute this story widely — by email, social media or other means — to those you might know who are still sitting on the GM fence!