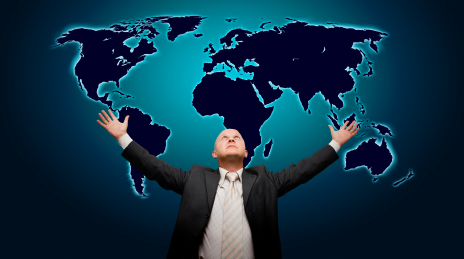 GM: the stakes just got higher

Important developments on both sides of the Atlantic

You probably know this already, but it bears repeating: if you live in the USA or the European Union (EU), your politicians are out of control on GM.  Now, as more hidden dangers of GM-associated pesticides are revealed, legal moves on both sides of the Atlantic bring the GM tipping point several steps closer.

The European Food Safety Authority (EFSA) may currently have no desire to recommend against approval of GM crops, but citizens’ and scientists’ concerns about GM remain unabated.  Last week, several groups  – submitted a legal challenge to the European Court of Justice (ECJ) concerning the European Commission’s (EC’s) 2012 approval of Monsanto’s GM soybean, MON 87701 x MON 89788.  The EC’s rubber-stamping was the predictable result of a previous positive scientific opinion by EFSA.

The joint motion challenges EFSA’s dogma of ‘substantial equivalence’ between GM and non-GM crops, along with its inadequate consideration both of immunological concerns and the environmental effects of combinations between Monsanto’s GM soybeans and wild organisms.  The final aspect of the lawsuit concerns EFSA’s decision not to carry out post-marketing surveillance of the GM soybean’s health effects.

We wish the lawsuit all the luck in the world, and hope that it fares better than a previous complaint by the same group that was rejected by Commissioner Tonio Borg in January 2013.  In the current climate, it will need it.

Here’s a case in point: after we first wrote about an EC move to relax the GM approvals process earlier this year, the proposed changes were voted through on 25th February.  Thanks to the EC’s Standing Committee on the Food Chain and Animal Health, long-term feeding trials will not be required before GM crops are approved, and biotech companies will soon be scrambling gratefully through the gaping holes in the system left by the woolly wording.

Monsanto riding roughshod over US democracy

And if that seems bad, spare a thought for citizens of the US.  Not only do they have to cope with a food chain widely contaminated with unlabelled GM material, but their elected representatives feel it appropriate to add a disastrous ‘Monsanto rider’ to important, ‘must-pass’ legislation.  Over and over again.  And then vote it through.  The new legislation will, “Strip federal courts of the authority to halt the sale and planting of illegal, potentially hazardous genetically engineered crops while USDA [US Department of Agriculture] is performing an environmental impact statement”.

It’s actually worse than it sounds: “Since the USDA is totally behind GMO crops, removing court restraints really means that there are no controls on GMO planting at all,” in the US as of this moment.  And, because judges will no longer be able to prevent GM crops from being planted, it’s “bye-bye” to the separation of US government and judiciary enshrined in the US Constitution.  “We will be reviewing this and other questions with legal counsel,” say our colleagues at ANH-USA.

The only light in this GM gloom is the fact that the GM rider runs out when the legislation on which it piggy-backed – known as a continuing resolution (CR) – expires, on 30th September 2013.  Even then, however, because the CR is so crucial, it’s unlikely that the US Congress will allow it to expire without a ready replacement: “If they don’t have a new bill by then, they will simply change the date on the CR and extend it once again...In other words, it’s extremely unlikely that the GMO rider will simply go away”.

Many questions remain in this dreadful situation, not the least of which is: which US Senator(s) was or were responsible for introducing, “One of the most blatant examples of money talking in politics that we have seen,” into the CR wording in the first place?  ANH-USA and ANH-Intl will keep you informed all the way.

Roundup more toxic than we thought

You can’t keep a good man down, so they say.  And, despite receiving a battering from EFSA and some pro-GM colleagues, Professor Gilles-Eric Séralini has bounced back from the canvas brandishing the results of new research into the health effects of glyphosate, contained in Monsanto’s Roundup and other pesticides.

Published in the internationally respected, peer-reviewed journal Toxicology, Prof Séralini’s new research attempted to tease out the relative effects of glyphosate and some of the other chemicals – known as adjuvants – included in glyphosate-containing pesticide formulations.  His group concluded that glyphosate itself isn’t the only poisonous chemical contained in Roundup-like (glyphosate-containing) herbicides, nor is it the most poisonous.  That dubious honour belongs to POE-15, or polyethoxylated tallowamine, an adjuvant added to many herbicides – including Roundup, the world’s most widely used herbicide.  According to Prof Séralini et al, POE-15 has “Now been revealed as actively toxic to human cells, and must be regulated as such”.  The crucial point here is that regulatory assessments of glyphosate-containing pesticides, such as Roundup, only concern themselves with the single ‘active ingredient’, in this case glyphosate.  Yet, Séralini and his team have shown that the toxicity of the formulation, because of the combined action of active ingredient and adjuvants, is greater than the active ingredient (glyphosate) alone.

Coming next: outraged screeches and acres of scientific-looking confetti from EFSA and others, as the pro-GM establishment tries to finish what they started with the ‘upstart’ Séralini.

Every month, if not every week, we learn of new moves on both sides of the GM argument.  The pro-GM labelling movement in the USA is growing all the time, for example, and the biotech industry and its government stooges on both sides of the pond are reacting to this increased awareness by avoiding the democratic process altogether.  The strategy appears to be to allow GM contamination to become so widespread that nothing can be done to reverse it, at which point all protests become redundant.

We must not let this happen, and we’ve stopped them before.  Please get involved using the Call to action suggestions below, and we’ll stop them again.