Home News ANH Feature: How source countries lose out in the search for new drugs 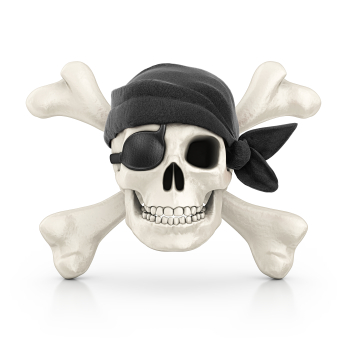 ANH Feature: How source countries lose out in the search for new drugs

We look at the history of corporate exploitation of natural products

Nestlé’s patent application for a product based on an extract of fennel flower (Nigella sativa) highlights once more the issue of biopiracy. And although not a new phenomenon, modern technology and storage methods, coupled with a near-exhausted pharmaceutical product pipeline, may spell hard times for the world’s medicinal plants and the cultures that rely on them.

Nestlé in the clear on this occasion?

Nestlé has managed to draw the ire of concerned citizens once again. This time, it’s for allegedly trying to patent a plant called Nigella sativa, AKA fennel flower or black seed, which comes with an impressive list of reported health benefits. 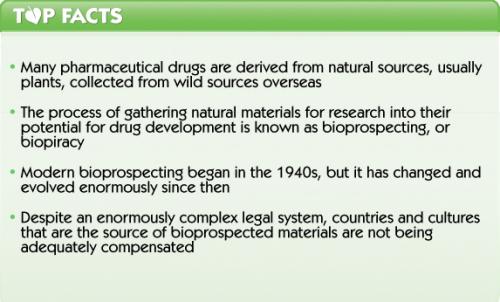 Surprisingly enough, however, Nestlé is at least partly innocent on this occasion. As the US Patent and Trademark Office explains, “A plant patent is granted by the Government to an inventor...who has invented or discovered and asexually reproduced a distinct and new variety of plant”. Since Nigella sativa has neither been invented nor discovered, having been in use for centuries, Nestlé cannot patent it – much as it might wish to. What it can do is apply for a patent on products derived from black seed, which it has duly done.

The biopirates – hijacking nature for profit

Nestlé’s adventure into plant-related patents is only the latest example of a phenomenon variously known as bioprospecting, biopiracy or ethnopiracy. Biopiracy – defined by the Oxford English Dictionary as, “The practice of commercially exploiting naturally occurring biochemical or genetic material, especially by obtaining patents that restrict its future use, while failing to pay fair compensation to the community from which it originates” – is by no means a new concept. It grew out of the desire to discover and catalogue rare and exotic flora and fauna from the Enlightenment onward: “The collection and examination of plants and animals became formalized as aristocrats, gentlemen scholars, and, later, botanists and zoologists began a systematic study of the natural world”, as Professor Bronwyn Parry explains in her book, Trading the Genome: Investigating the Commodification of Bio-information. 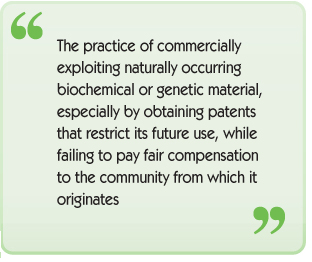 From pith helmet to laboratory

Prof Parry’s book traces the history of bioprospecting from its adventurer-in-a-pith-helmet days to present-day commercial exploitation of biological resources. Using the US pharmaceutical industry as an example, she shows that the initial impetus for widespread bioprospecting came from the US government in 1940s, which was desperate for new means of treating the alarming numbers of war casualties. “Any biological material that might provide a novel biochemical compound was considered,” from, “Soil samples...[to] higher plants, animals, marine organisms, and even insects”. Bioprospecting activities proceeded on a fairly informal basis in the immediate post-war period – “In the days when the world was a kinder and gentler place,” as one Merck researcher put it – with universities and pharma companies frequently donating biological samples to each other.

Government-funded institutions like the National Institutes of Health (NIH) and the National Cancer Institute (NCI) drove the first major bioprospecting drive in the modern era, beginning in 1960. In partnership with the US Department of Agriculture (USDA), the results were impressive: “35,000 samples of plant material, 500 different species of marine organisms, and over 180,000 microbial extracts from North America, Mexico, Europe, and Ethiopia for pharmacological screening”. The NCI programme was abandoned in 1983 as researchers thought they had exhausted all research possibilities for the material, and natural products research went into a temporary decline.

The role of technology

From 1985 to 1995, however, bioprospecting exploded thanks to an enormous network of organisational and individual collectors across the world, spurred by the NIH. Companies like Merck, SmithKline Beecham (now GlaxoSmithKline), Upjohn and Co. (now owned by Pfizer), Monsanto, Ciba Geigy (now Novartis) and Boehringer-Ingelheim set up their own programmes. Crucially, renewed interest in bioprospecting was driven by technological advances: whereas, in the 1970s and early 1980s, researchers had relied on trial-and-error testing of natural compounds for their efficacy against specific diseases, new molecular biological techniques combined with advances in imaging, computing and automation brought enormous efficiencies to the screening process. 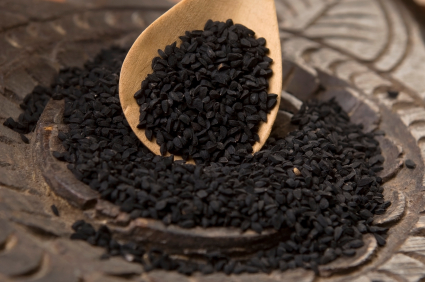 The seeds of Nigella sativa

As well as technological developments, additional important factors in the rise of bioprospecting in the 1980s and 1990s were new international conventions and trade agreements. Drafting of the Convention on Biological Diversity (CBD), introduced in 1992, was partly stimulated by concerns that bioprospecting represented a modern form of colonialism, better termed ‘biopiracy’. The CBD, “Resulted in the introduction of new protocols that established the terms and conditions under which genetic resources would ideally be collected and used” and included terms for compensation of source countries – a non-binding set of guidelines that were turned into binding contracts by some US pharma players. A rare attack of altruism? Perhaps not, as Prof Parry theorises: “The desire to introduce such agreements reflected a wish to rectify past iniquities, but it may, of course, also be explained by reference to their need to avoid adverse publicity”.

Adoption of the new protocols and contracts provided a convenient rationale for the companies involved in bioprospecting to argue that, “It would create an incentive to conserve endangered environments by demonstrating the economic benefits that could accrue from their exploitation”. So enticing were the conservation arguments that bodies such as the World Wildlife Fund (WWF) and the Nature Conservancy became involved in commercial bioprospecting, as partners in so-called International Cooperative Biodiversity Groups. However, despite these assertions becoming “canonical” thanks to, “Little more than hypnotic reiteration...The validity of this argument has never been tested”.

Final piece of the jigsaw

The final factor was the patent protection offered by the General Agreement on Tariffs and Trade (GATT) Agreement on Trade Related Aspects of Intellectual Property Rights (TRIPS), administered by the World Trade Organization (WTO). TRIPS was a way for US corporations to protect their investments in hi-tech industries, including biotechnology. Its global reach was necessary to, “Curtail the unlicensed reproduction of patented materials or products in foreign, usually developing countries”. Taken altogether, technological advances, the CBD and GATT TRIPS, “Created an enormous revival of interest in the collection of biological materials for applied pharmacological use”.

Of course, the world has not been standing still since 1995, and a maze of further agreements – many aimed at sharing the benefits of bioprospecting between sources and collectors – has grown up around the framework set by the CBD. The focus of bioprospecting itself has shifted in more recent years, from whole organisms and parts of organisms to DNA sequences, cryogenically stored biochemical extracts, tissue samples and cell lines, resulting in an enormous amount of stored material. The NCI repository in Frederick, Maryland, contains tissue samples from 50,000 organisms, representing 15,000–20,000 different species. In theory, then, the successful commercialisation of products derived from this incredible information store should be resulting in good times not only for the pharma companies, but for the sourcing countries and cultures. But has this actually happened? Unfortunately, and perhaps unsurprisingly for anyone familiar with the usual results of international agreements driven by corporations, the answer appears to be “no”.

Take Mexico, for instance. In the Mexican state of Chiapas, one of the most biodiverse regions on the planet, companies have attempted to enforce patent rights on yellow bean seed – later overturned – and the fermented corn drink pozol, to the detriment of indigenous cultures and companies.  Mexico’s national parks have been opened to bioprospectors for a pittance, and a collaboration involving a Mexican college raised controversy over just sharing of benefits. At one point, the sacred Ayahuasca vine was patented in the US until the patent was eventually overturned.

Patents on the chemicals derived from the Peruvian plants maca (Lepidium meyenii) and cat’s claw (Uncaria tomentosa) failed to acknowledge or compensate the source countries and indigenous cultures that held the knowledge of the plants’ healing qualities. Phytopharmaceutical giant Schwabe Pharma filed an exclusive patent for a product derived from an African geranium and failed to compensate local communities. The list goes on. 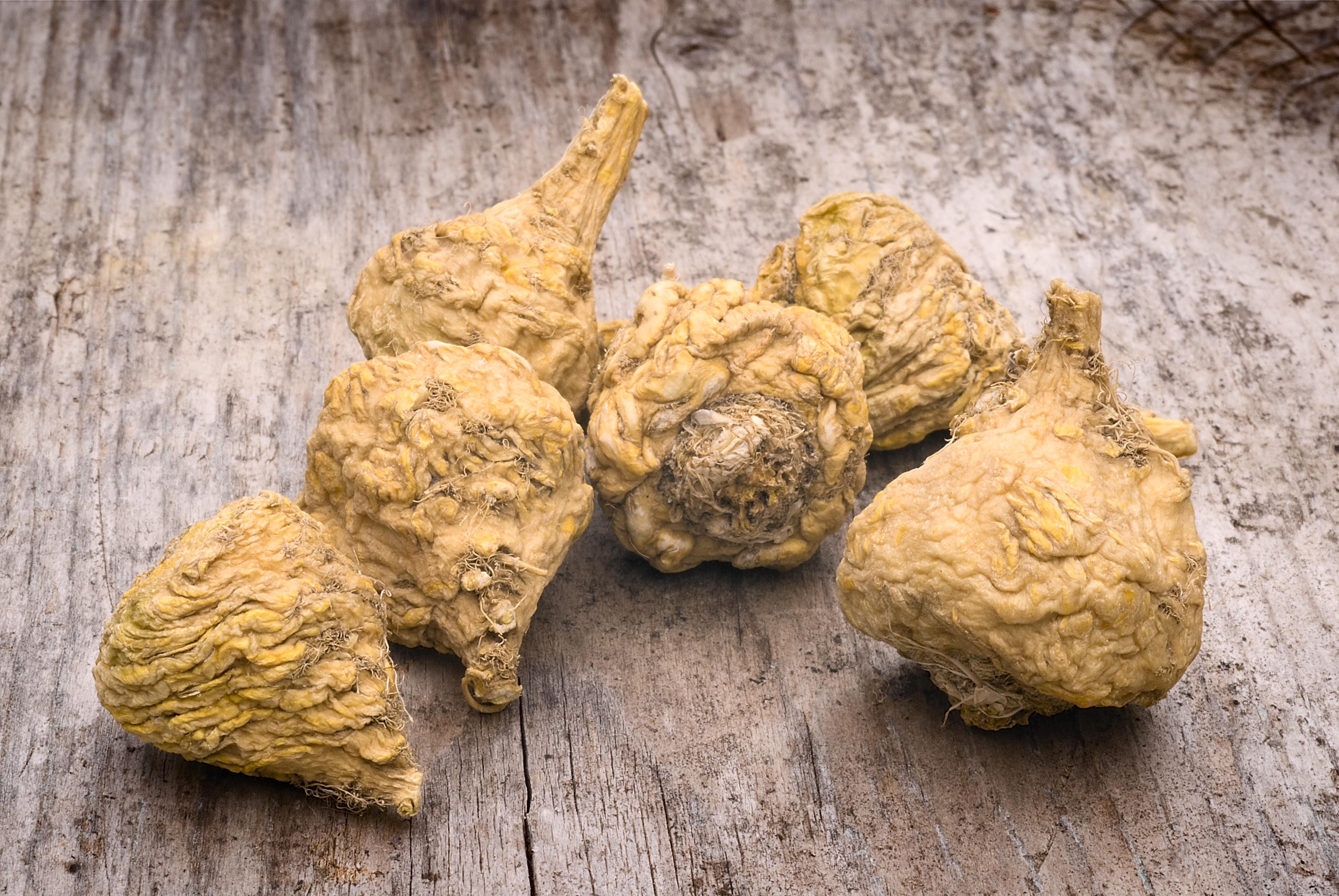 Technology turns its back

Thanks to technological advances, source countries have even lost out when products derived from indigenous resources have been successfully commercialised. Once again turning to Mexico, the wild yam (Dioscorea villosa) was once the world’s most commercially valuable pharmacological plant, thanks to its use as a source of oestrogen for the birth control pill. When Mexico tried to further increase its revenue as one of the world’s foremost Discorea producers, companies first of all turned to other suppliers – before eventually synthesising the required chemical themselves. Something similar appears to be on the cards for African producers of Artemisia annua, source of the antimalarial compound artemisinin.

Prof Parry is unequivocal on the situation: “Despite larding up these layers of contractual and legislative requirements...it remains the fact that supplying countries and communities have yet to receive any substantial economic returns from the exploitation of their collected materials”. This is in spite of the fact that a significant proportion of prescription drugs produced in recent decades owe their existence to natural products. “What this suggests,” according to Prof Parry, “Is that the existing regulatory system has failed to play its redistributive role, despite its elaborateness.” 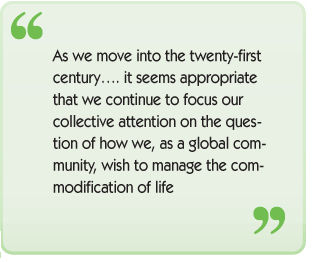 If you’re interested in the long and fascinating history of bioprospecting, we strongly recommend Prof Parry’s book, Trading the Genome: Investigating the Commodification of Bio-information. What clearly emerges from its pages is a picture of an enormously complex legal system that is spectacularly failing to guarantee an equitable share of the benefits of commercial bioprospecting. As she says in her conclusion, “As we move into the twenty-first century, the century, perhaps, in which the engineering of life will become our central preoccupation, it seems appropriate that we continue to focus our collective attention on the question of how we, as a global community, wish to manage the commodification of life.”