Home News Prevention and treatment of Alzheimer’s and cancer: spot the difference! 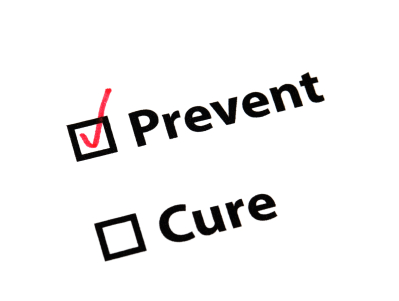 Prevention and treatment of Alzheimer’s and cancer: spot the difference!

What do Alzheimer’s disease and cancer have in common?  Quite a lot, as it turns out – and it’s the patients who suffer.

On the surface, Alzheimer’s disease and cancer aren’t much alike. True, both are chronic conditions with an often bleak outlook for those affected, but the underlying disease processes and risk factors are quite different – not least because cancer, unlike Alzheimer’s, manifests in a bewildering variety of ways.

Take a step back, however, and the similarities quickly snap into focus. The incidence of both Alzheimer’s and many types of cancer are on the increase worldwide. Mainstream medicine considers both cancer and Alzheimer’s as largely ‘diseases of ageing’, despite paying lip service to additional factors, such as diet, lifestyle and environmental pollution.

Furthermore, the mainstream has little time for preventative strategies for either cancer or Alzheimer’s. Mainstream ‘prevention’ of Alzheimer’s appears to mean giving drugs to healthy people in order to prevent the development of the neurofibrillary tangles implicated in the disease process. Of £21 million recently earmarked for Alzheimer’s/dementia research in the UK, not one penny was for prevention. It’s a similar picture at the UK’s largest Alzheimer’s research charity. Approved treatments for both conditions feed directly into the coffers of the pharmaceutical industry: chemotherapy and radiotherapy for cancer, and drugs like donepezil, rivastigmine and galantamine for Alzheimer’s. And much as with cancer, so-called complementary or alternative treatments for Alzheimer’s are given short shrift by the patient organisations and charities that reflect mainstream medical thinking.

One avenue of treatment for Alzheimer’s disease that is definitely considered complementary or alternative is therapy using vitamins and nutrients, such as vitamins B12 and B6 and folate. The UK Alzheimer’s Society, for example, doesn’t even list them as treatments, merely mentioning them in passing.

Nutrition for Alzheimer’s prevention and treatment

This is a huge shame, because research results using these precise nutrients have been highly promising – and, since the most prominent results were linked to a high-dose formulation made by Big Pharma and intended for prescription-only use, we can expect the situation to change fairly soon. Other promising directions include the omega-3 polyunsaturated fatty acid, docosahexaenoic acid (DHA). Although human clinical trial results of DHA have so far been mixed, that does not rule out a role in Alzheimer’s prevention. Many orthodox medics, still stuck in the outdated mindset of the cholesterol hypothesis, dismiss exciting early evidence on the benefits of the medium-chain triglycerides found in coconut oil for Alzheimer’s disease patients.

Time for a new approach

The saying, “There’s no money in prevention,” applies to Alzheimer’s just as much as it applies to cancer. And since there’s not much more money in things like coconut oil or DHA, it’s unlikely the mainstream research institutions will be dipping into the moth-laden recesses of their wallets any time soon. Let’s hope that the promising research strands covered briefly in this article are followed-up soon by a smaller, innovative player – before Big Pharma’s products become the only game in town.