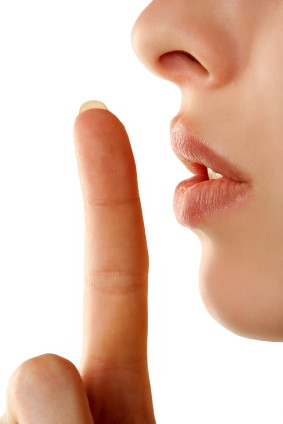 The new study shows that a superfood-based food supplement had dramatic results in prostate cancer patients.  And yet, with exquisite irony, the term ‘superfood’ is facing a possible European Union (EU) ban.

The UK-based Pomi-T® study, funded by the National Health Service (NHS) National Cancer Research Network (NCRN), involved a total of 203 men aged 53–89 years with histologically confirmed prostate cancer.  The patients had previously undergone radical prostatectomy or surgical removal of the prostate and surrounding tissue, and were being managed by active surveillance or watchful waiting.  They were randomised to 6 months of treatment with either a placebo or a twice-daily dosage of Pomi-T®, a naturally derived food supplement containing pomegranate seed, green tea, broccoli and turmeric.

The results were impressive.  Six months of treatment with the supplement led to significantly slower increases in prostate-specific antigen (PSA), compared with placebo treatment (difference of 63.8%, p=0.0008).  Furthermore, PSA levels rose by a median of 14.7% in the Pomi-T® group, compared with a median rise of 78.5% for patients in the placebo group (Figure 1). 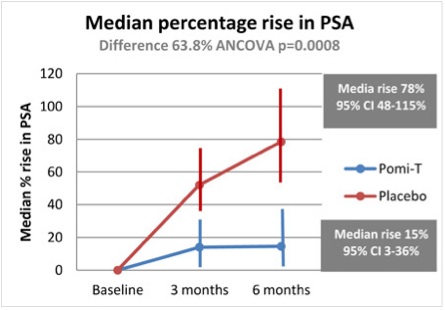 So, promising results indeed for Pomi-T® in prostate cancer – and perhaps unsurprising, since pomegranate seed, green tea, broccoli and turmeric all contain high levels of polyphenols and other phytochemicals, which are both antioxidant and anti-inflammatory.  Since inflammation plays an integral role in cancer development, anti-inflammatory strategies make sense.  Antioxidants, too, have a biologically rational role to play in cancer prevention and treatment, despite recent controversy.

Unfortunately, the EU doesn’t see it that way.  One of the more disturbing consequences of its Nutrition and Health Claims Regulation (NHCR; No. 1924/2006) is that not a single antioxidant-related health claim has been approved by the European Food Safety Authority (EFSA).  Even though Pomi-T® has a randomised, controlled trial in its favour, it won’t be eligible because it was performed using prostate cancer patients, rather than healthy subjects.

And if the European Commission decides to ban ‘generic descriptors’ that imply the product bearing them has a health benefit, we can wave goodbye entirely to phrases like ‘superfood’.  Terms like ‘antioxidant’ would only be applicable for individual foods, ingredients or products for which elevated antioxidant activity can be shown in healthy subjects following clinical trials. So far, it seems no-one has been able to justify the cost of such trials.  This leaves products like Pomi-T® voiceless and the public unable to learn about its scientifically proven benefits.

Irrespective of how food-like a product is, the only option that allows a manufacturer to make a health benefit claim that relates to a diseased population is to have the product licensed as a drug.  This a privilege only the biggest companies can afford – and provides a demonstration of just how far the EU has strayed from Hippocrates’ advice to, “Let food be thy medicine and medicine be thy food”.