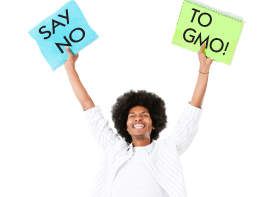 Biotech behemoth follows BASF through the EU exit door &ndash; or does it?

Monsanto has announced that it will no longer pursue EU approval of seven GM applications: five for maize (corn), including the controversial NK603 Roundup Ready maize; one for Roundup ready soybean 40-3-2; and one for H7-1 Roundup Ready sugar beets.

On the surface, this is wonderful news for EU citizens concerned over moves to bring GM to their dinner plates against their wishes, as well as for anti-GM campaigners everywhere. But several important details should persuade them to remain on high alert:

This announcement by Monsanto may, therefore, be nothing more than the latest salvo in a grand public relations effort designed to persuade public and campaigners alike to take their eyes off the ball. Monsanto knows that bosses at the EU and USA, both fanatically pro-GM, can likely be relied upon to pass legislation giving the biotech industry a helping hand. Indeed, this process has already started. That Monsanto would simply retreat from the EU, as portrayed by the hopeless mainstream media, makes no sense at all.

The government of France has boldly allocated €2.5 million to a project designed to investigate the long-term health effects of eating GM foods. This is precisely the type of study that is sorely lacking, and which the biotech industry is keen to avoid.

Two factors make the French announcement particularly interesting. The government has, firstly, openly acknowledged that the 2-year rat feeding trial published by Séralini et al last year directly inspired its decision to fund new research. By declaring its faith in Séralini et al’s work, thereby risking the ire of pro-GM scientists, the French government may be signalling some genuine steel behind its intentions.

Secondly and intriguingly, the French initiative will run in parallel to a €3 million EU project that involves a 2-year feeding trial with NK603 corn. Has the French government lost faith in the Commission’s ability to oversee an unbiased investigation into GM crops, especially maize NK603, having observed the official reaction to Séralini et al at the time? Of course, it remains to be seen whether either of these studies will now go ahead in light of Monsanto’s latest announcement.

France has also ended all GM field trials. In what looks like a juicy forthcoming confrontation between France and the European Commission, we’re backing France — and the vast majority of European citizens that continue to make clear they don't want to eat GM ingredients.

Closing out a week of fascinating Monsanto-related developments is the news that the Dutch port city of Rotterdam has banned the company’s glyphosate-based pesticide, Roundup. Given the mounting scientific evidence that Roundup is a disaster for health, both human and animal, and the environment, we wholeheartedly applaud Rotterdam’s decision.

What’s needed now is for the forward-thinking attitude of Rotterdam to be exported worldwide, and for both Roundup and GM crops to be banned altogether until the science over their health and environmental consequences is settled.