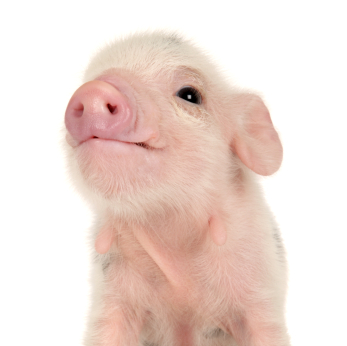 Why farmer-led research could create a quiet revolution in GM

Danish pig farmer Ib Borup Pedersen observed remarkable improvements in the health of his herd when he switched from genetically modified (GM) to non-GM soy.  Along with other researchers, Mr Pedersen is at the forefront of an emerging movement that is bringing to light the broad toxicity of GM crops and associated pesticides. While some await the results of a forthcoming French animal feeding study designed to assess the long-term health risks of GM, farmer-led research may in the future offer a powerful strategy to help stop GM technology in its tracks.

Millions of farm animals are being fed GM feed on a daily basis, an inevitable situation given that 85% of compound animal feed in Europe is now GM. Ib Pedersen is a busy pig farmer based in Pilegaarden in Hvidsten, Denmark, who became concerned at the high rates of diarrhoea, birth defects, deaths and reduced fertility among his herd of 450 sows. In April 2011, Mr Pedersen made the decision to switch his animals from a diet of GM soy to one of non-GM soy. One and a half years later, the results were dramatic: 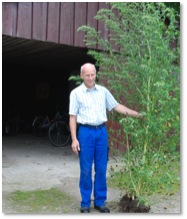 Does Roundup cause birth malformations in animals?

Mr Pedersen’s story drew a storm of protest from sections of the Danish agricultural industry after the farming publication Effektivt Landbrug ran an in-depth piece about his experiences. This article resulted in a follow-up by GM Free Cymru in April 2012. In the latter article and a conversation with ANH-Intl, Mr Pedersen attributes birth deformities in his herd to the glyphosate-based herbicide, Roundup: “From my study of the literature, it appears that malformations in foetuses in certain animal species start at 0.2 ppm, and that endocrine disruption starts in humans at concentrations of 0.5 ppm...We have had a total of 70 malformed piglets since October 2011. At the start, we only collected data on pigs with skeletal deformities, as I, like any other farmer, had become so accustomed to seeing pigs with other types of malformation that it was the ‘new norm’. However, more recently, we’ve been gathering information on all observable deformities: things like bent tails, missing anus or eyes, kidney failure, missing toes, etc. Every year, there are about 15,000 fosters born at my farm, mostly liveborn, so we have plenty of data! My research convinces me that Roundup causes serious birth defects, especially of the head and spine, in foetuses of both humans and animals.” Mr Pedersen’s experiences echo the warnings of US scientist, Emeritus Professor Don Huber of Purdue University.

Mr Pedersen points out that he can't avoid some degree of Roundup contamination: "I am very careful not to use Roundup myself, and I only buy grains from farmers who don’t use Roundup as a desiccant. But even non-GM soy has 0.5–1.2 ppm glyphosate, which is why I'm still seeing deformities! The number of deformities born goes up with the level of glyphosate present in the feed.

"When I had my urine tested for glyphosate, it was present at a level of 2.58 ng/mL, the equivalent to ppb.  It's the same level that my sows have in their urine after eating feed containing glyphosate at 0.2 ppm, or 0.2 grams per ton – and these sows give birth to more deformed piglets than sows with less glyphosate in their feed."

Although non-GM pig feed costs more than the GM soy, Mr Pedersen’s extra costs are more than offset by reduced medication usage and increased farmyard efficiency: “In total, I am looking at an increased profit of £31,000 per year or £69 per sow [since switching to non-GM soy]. My animals are happier and healthier, and my profit margins have increased. So I must be doing something right!” 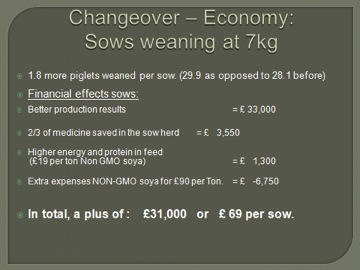 "But what I have seen in my pigs scares me," he said, speaking exclusively to ANH-Intl.  "I've researched the scientific studies on malformations caused by Roundup.  I know that one in 80 people in certain towns in Argentina have the same defects after been exposed to the chemical.  I also know of 11 Danish people born with the same type of deformities.  So should we all be scared?  I believe that people in our part of the world are already seeing the effects of gene manipulation and associated exposure to Roundup – so yes, we should certainly be worried.

"For me, there's absolutely no place for either glyphosate or Roundup in food or feed production.  The dead bodies caused by this chemical are already huge in number."

Mr Pedersen isn’t the only Danish farmer experiencing the positives of a GM-free diet for his livestock. Sigurd Christensen, a dairy and pig farmer from Burkal, switched to non-GM feed from GM soy after seeing his cows develop chronic botulism and his pigs suffer from infertility and other health problems. According to Mr Pedersen, Mr Christensen’s herds are now botulism-free and more productive, at least partly due to their GM-free diets.

Mr Christensen has taken a keen interest in the work of Prof Monika Krüger of Germany’s Leipzig University. In one project, her group examined the reasons for the occurrence of botulism in dairy cows, and identified intestinal dysbiosis, increased Clostridium botulinum spores in the environment and presence of C. botulinum spores in animal feed as the relevant factors. Crucially, their results showed that low concentrations of glyphosate can cause the dysbiosis necessary for botulism to develop, by dramatically inhibiting the growth of Enterococcus spp. – bacteria that naturally antagonise the growth and/or activity of C. botulinum. Previous work by another group came to similar conclusions after looking at the effects of glyphosate in poultry. However, the bad news for Danish cows is that glyphosate doesn’t just wreck their gut bacteria: Prof Krüger’s group has also provided evidence that glyphosate increases numerous blood parameters indicative of cell toxicity, while reducing the essential minerals manganese and cobalt to levels “too low...for proper function”. “Glyphosate is toxic to the normal metabolism of dairy cows,” the authors concluded.

Another set of experiments performed by Prof Krüger’s group concerned dairy cows suffering from salmonellosis following infection with Salmonella spp. Feeding the cows a probiotic preparation called Effective Micro-organisms (EM) significantly increased the gut populations of aerobic and anaerobic bacteria, including beneficial lactobacilli and bifidobacteria. These alterations in the cows’ microbiota optimised their immune response and eventually cleared the salmonellosis, although the authors note that vaccination (post-infection) and lactulose administration may have played a part. Clearly, manipulation of gastrointestinal flora in cattle has a wide potential for disease management, although it remains to be seen whether botulism responds in a similar manner. Mr Christensen is, says Mr Pedersen, investigating the use of probiotics for precisely this purpose.

Farmer-led experimentation: Cutting out the middleman

Although Mr Pedersen acknowledges that his observations are anecdotal at this stage, the results of the first long-term pig feeding study to compare the health effects of a GM and non-GM diet are highly instructive.  A research group led by Dr Judy Carman and Iowa farmer Howard Vlieger observed statistically and biologically significant increases in stomach inflammation and uterine weight, the latter being indicative of pathology, in the GM-fed pigs.  Unsurprisingly, Dr Carman has been forced to fend off sustained criticism from the pro-GM camp.

The characteristics of the Danish pig industry also lend weight to Mr Pedersen's findings: it uses less antibiotics per kg of produced pork than anywhere except the other Scandinavian countries, all strictly controlled and recorded by veterinary officers. Danish research facilities are controlled by the government or by farmers themselves.

This last point may prove crucial in the struggle against the uncontrolled spread of GM. However well informed they are, campaigners against GM are depressingly familiar with the difficulty of arguing the scientific case in the face of an awesomely well funded opponent, backed by practically infinite industry cash and a slavishly pro-GM mainstream media. What use is a powerful anti-GM argument when the attack dogs can so thoroughly discredit both science and authors alike, when governments are blinded by pro-GM propaganda and even researchers are bought and paid for by biotech?

To answer that question with another: why not cut out the middlemen? Farmers are the ones growing GM seeds, managing GM crops and feeding GM feed to their animals. Farmers could surely be easily persuaded to perform their own research – properly and scientifically structured and overseen by independent academic institutions – into the effects of, say, feeding GM soy to animals or of the short- and long-term use of glyphosate on soil, the environment and animal health. It wouldn’t take many Ib Pedersens to observe similar results in their animals before farmers worldwide would be trampling each other in the rush to move away from GM. Forever.

To which we say: bring on the quiet revolution.