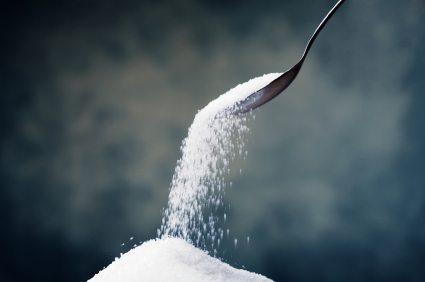 In its own words, the European Union’s (EU’s) Nutrition and Health Claims Regulation (NHCR; No. 1924/2006) is designed to ensure a, “High level of consumer protection” (Article 1.1). But approving an unscientific health claim for fructose, as the European Food Safety Authority (EFSA) did recently, protects nothing but Big Food’s profits.  And, by ushering in an inevitable flood of high-fructose corn syrup (HFCS) products with ‘healthy’ labels, EFSA’s decision is a clear danger to public health.

Fructose under the radar

It attracted little attention at the time, but European Commission Regulation No. 536/2013, published in the Official Journal of the European Union in June 2013, could have enormous repercussions.

Following an EFSA opinion that dates back to 2011, Regulation No. 536/2013 authorises a health claim for fructose.  If the manufacturer replaces 30% or more of the glucose or sucrose in its product with fructose, it can place a health claim on the product stating that it reduces blood-sugar spikes after eating.

It would be difficult not to see Big Food’s fingerprints all over this decision.  The inevitable consequence will be a flood of high-fructose products appearing on the EU market, all proudly proclaiming their health benefits.  And if the term ‘high fructose’ rings a bell or sends chills down your spine, there’s good reason – high-fructose corn syrup (HFCS) is wreaking havoc with the health of the US public in several ways:

How fructose affects your body

Fructose is a so-called ‘simple’ sugar, or monosaccharide, consisting of molecules containing six carbon atoms.  Fructose is an alternative molecular form, or isomer, of glucose (Figure 1). 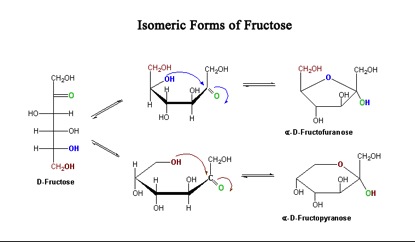 Figure 1. The isomeric forms of fructose. 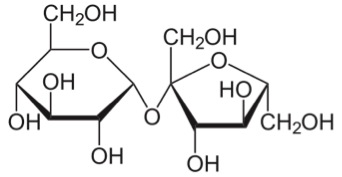 Figure 2. The molecular structure of sucrose.

The obvious differences in molecular structure between sucrose and fructose explain their differing biochemistry:

Glucose and fructose occur in a 50:50 ratio in sucrose and are tightly bound together via a glycosidic chemical bond.  In HFCS, glucose and fructose exist in different ratios according to the intended application, with fructose present in proportions ranging from 42% to 90%.  However, glucose and fructose are not chemically bound in HFCS – meaning they are absorbed more rapidly into the bloodstream.  Not only does this cause insulin levels to spike following HFCS consumption, but research by Dr Bruce Ames has shown that absorption of free fructose from HFCS requires the gut lining to utilise extra molecules of ATP, the body’s primary fuel source.  This eventually reduces the integrity of gut lining and causes ‘leaky gut’, the ultimate source of many chronic and autoimmune conditions.

On balance, the current and emerging evidence indicates that overconsumption of fructose – especially free fructose in the form of high quantities of HFCS – is a health disaster.  This impression is compounded by the fact that humans possess multiple metabolic pathways to utilise glucose, while comparatively few exist for fructose.  From an evolutionary perspective, in our ancestral past, we would indeed have eaten fructose – but only in small amounts and at specific times, when we came across fruit-bearing plants at the appropriate season for them to carry ripe fruit.

Of course, the fruits themselves – the ‘fructose carriers’ – have an important part to play in maintaining our health and vitality.  Obtaining a limited amount of fructose by eating fruits is an entirely different matter to, say, drinking a can of soft drink loaded with HFCS.  Not only is fructose absorption buffered by the fibre also present in the fruit, but the fruit’s enormous variety of co-existing phytonutrients, vitamins and minerals help the body to use the fructose appropriately.  By comparison with eating fruit, drinking a can of fizzy pop is like landing a military jet on an aircraft carrier at sea, entirely alone, without the help of the hundreds of support staff normally on hand: highly liable to end in tears.

All of which brings us back full circle as regards EFSA’s approval of a health claim for fructose.  Experts have already lined up to condemn the decision.  One of these experts, Prof Robert Lustig, blasted EFSA’s reasoning before coming to an unequivocal conclusion: “It is clear that this recommendation is scientifically bogus.  Nutritional policy should be based on science – not pseudoscience”.

It’s hard to disagree.  EFSA dismissed the evidence cited in its scientific opinion that fructose, “Induce[s] dyslipidaemia, insulin resistance and increased visceral adiposity in healthy and in hyperinsulinaemic insulin-resistant subjects,” by pointing to a single paper on glycaemic index (GI) dating from 2006.  As Prof Lustig explains, GI is largely irrelevant when discussing fructose.  Even more conveniently for Big Food, EFSA considered a tiny fraction – 11 references – of the available literature on fructose metabolism.

Rising to the challenge?

We believe, if there was the will and the necessary funds, that there are sufficient grounds to challenge this decision legally.  Recital 22 of the NHCR states clearly that, “Health claims should only be authorised for use in the Community after a scientific assessment of the highest possible standard.”  We’d be delighted to speak with any individuals or companies who might wish to entertain such a challenge.

And are we alone in noting a discrepancy between approval of the fructose health claim and the European Parliament’s recent rejection of a carbohydrate-related health claim over fears of increased sugar consumption?  It seems that there is a desire from certain Big Food players to try to get EU citizens to consume ever increasing amounts of fructose in processed foods, especially in the form of HFCS.  And it would be an odd twist of this were to happen while our US counterparts actually begin to cut down their consumption.  Was that the idea all along?

Public education is everything – so we are relying on your help, dear reader, to share this story as widely as you can.