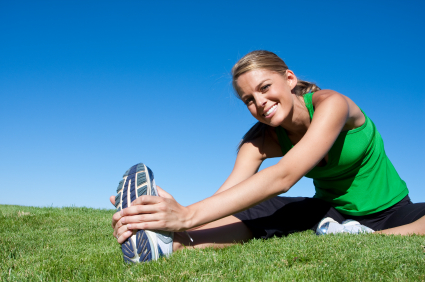 Two main lessons emerge from a new ‘meta-epidemiological’ study comparing exercise with drug treatments for their relative ability to keep us free from the scourge of the main chronic killer diseases like heart disease, cancer, diabetes and obesity. One: the evidence base for exercise in chronic disease is woefully lacking and skewed in favour of drug-based approaches. Two: even the limited available evidence indicates that exercise is often at least as effective as drugs at preventing death from the most common killer diseases.

Drugs or exercise? The unanswered question

When did your doctor last prescribe exercise, rather than drugs? Most people would have to admit this very seldom happens, such is the bias of medical training towards the prescription of drugs.

“Physical activity has well documented health benefits,” begins this British Medical Journal (BMJ) paper [1]. “Population level cohort studies...[and] randomised controlled trials have shown similarly favourable findings...the Global Burden of Disease study has recently ranked physical inactivity as the fifth leading cause of disease burden in western Europe”. And yet, what’s happening? “In the [UK], only 14% of adults exercise regularly...In contrast, utilisation rates of prescription drugs continue to rise sharply, increasing to an average of 17.7 prescriptions for every person in 2010”.

These figures hint at a glaring disconnect between the widely known health benefits of exercise and its use to treat or prevent disease. Orthodox medicine as a whole clearly believes that drugs are the way to go, even if, “An increasing number of experts recommend prescribing an “exercise pill” as a preventive strategy to reduce morbidity and mortality”. This is hardly surprising, since, as the authors acknowledge, “Evidence on how physical activity interventions fare compared with drug interventions in reducing the risk of all cause mortality is lacking.”

Puny evidence base for exercise vs. drugs

As it turns out, ‘lacking’ is a distinct understatement. The authors included four exercise and 12 drug meta-analyses in their ‘meta-epidemiological study’, comprising 54 exercise trials and 248 drug trials. The four exercise meta-analyses reported mortality outcomes from trials in secondary prevention of coronary heart disease, stroke, heart failure and diabetes prevention; the drug meta-analyses examined pharmaceutical treatments for these conditions. After adding a further three exercise trials, the 305 randomised, controlled trials included in the authors’ analysis comprised 339,274 participants – only 14,716 (4%) of which were involved in the 57 exercise trials.

What were the study’s main findings?

The authors compared the effectiveness of drug and exercise regimens using a statistical technique called network meta-analysis, which, “Allows for comparing interventions in the absence of head to head trials comparing all the interventions of interest”. Their key findings were as follows:

Exact results aside, two crystal-clear conclusions emerge from this study. Firstly, that exercise appears to have similar effectiveness to drug treatment in terms of reducing mortality risk in the four chronic diseases examined – which, remember, are the only conditions for which exercise-related mortality outcomes exist. Indeed, in stroke, exercise was notably superior to drugs. The second, and perhaps most important, lesson is that, “[There is a] near absence of evidence on the comparative effectiveness of exercise and drug interventions on mortality outcomes”.

This very lack of data on exercise interventions limits the authors’ ability to draw conclusions from their work. For example, secondary analyses pooled the drug and exercise interventions together and compared the two groups, and revealed no definitive differences in coronary heart disease, heart failure and prediabetes – with, again, a marked advantage for exercise in stroke. However, the results were highly statistically uncertain thanks to the pitifully low number of events in the exercise trials. Nevertheless, exercise clearly has enormous untapped potential to reduce mortality in chronic disease, especially given the minimal likelihood of adverse events associated with well-designed exercise programmes.

Time to redress the balance

Combine this with the fact that the authors may have underestimated the amount of drug data available, and the pro-drug bias of modern medical research snaps into vivid focus. The entire situation is self-reinforcing: the playing field is steeply inclined toward drug research; new treatment guidelines are written based on the existing, biased research; and further research into exercise interventions is thereby discouraged. Only by placing these findings firmly in the context of what we already know about the health-promoting effects of exercise, and performing further high-quality exercise trials – including randomised, controlled comparisons of drugs and exercise – can medical science hope to break free.

How to make that happen is the tricky part. For pharma companies, which are driven more by a desire to make profits rather than make people healthy, there’s little incentive to organise trials comparing exercise with drugs. This is especially true if there’s a risk that drugs might come off second best. One option, as suggested by the authors, is mandatory reporting by pharma of active-comparator drug trials with exercise arms. Drug companies are going to need some pushing to do this – so let’s get patients to push doctors to push the drug companies to do this.

In the meantime, switched-on citizens and practitioners have even more incentive to make exercise a key part of their daily routines.